With Brexit 'done', it's Time to Overhaul Our Tax System 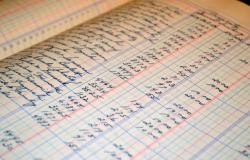 Last month in Davos, the 1% (representatives from the top-1000 companies with ‘selected’ governments) met in Switzerland to talk about how ‘business as usual’ could be ‘greener’, ‘more inclusive’ or ‘sustainable’ without changes the status quo.

It is no coincidence that these (mostly white, mostly male) billionaires met in a historical tax haven since 1971, without any democratic mandate, while women took to the streets to demand equality at the fourth global women’s march, while other women in some countries are risking their lives on a daily basis to uphold women’s rights.

It might seem like women’s rights have gained more attention in recent years, with movements like #NiUnaMenos or #MeToo gaining traction in the media. But in practice, there is little to no progress in economic equality. For instance, women still perform a disproportionate (to say the least) unpaid and domestic care burden (76.2%); women are paid 77% of what men get. And it will take 202 years to close this gap ‘because the [gender pay] gap is so vast and the pace of change so slow’, according to the World Economic Forum itself.

How is this connected to the 40% of multinational profits that are shifted to tax havens each year?

First, the easiest side of the story: women pay a higher price when public services are cut or not provided.

Why? Think about it: when day care is unavailable, when a grandparent becomes dependant, when a child is disabled and there are no public services to take care of them, who is most likely to sacrifice their work? Women.

Secondly, may we ask you to reflect on some issues that FEMNET coined as “femonomics” – issues which, we hope, you’ll circulate and remember – and which, we hope, will convince you that women need to understand, address and challenge the tax system:

So, if you see so many women in the streets in Tunisia, in Chile or in yellow vests, does it mean women have taken control of the public space? Sadly, no.

It just means they can feel that they are paying more and benefiting less. That is, they are losing out from the unjust economic system. And we’d like them to understand, their loss is systemic, entrenched in the unjust tax system.

There is one last issue of course, which we could label ‘the vicious circle’: when multinationals don’t pay their share of taxes, we pay more; through austerity measures, through the rise of VAT or through the implementation of a diesel tax… And, still, we benefit less. Because public services are cut, and our states are deprived of the resources they need to fulfill their engagements in realizing women’s human rights.

After all, multinationals dodged more than $650 billion, in 2016 alone. That’s a lot of schools, safe roads, women shelters and hospitals isn’t it?

For decades, women’s rights activists have been asking for more representation for women in economics, finance, media and politics – and we need more women in discussions on tax.

And for some years now, Tax Justice activists have been engaging the conversation with women’s groups.

So, together, they organised a Tax haven tour in London.

Ahead of Davos and the Global Women’s March, on Friday, 17 January. They did so in London, one of the most aggressive tax havens worldwide, and one about to exit some of the regulatory mechanisms that are being implemented in the European Union.

The Global Alliance for Tax Justice, which comprises tax justice networks in the five continents, welcomed the participants of the tour, at the border of the City of London, a separate entity within London and the UK, the engine of a vast global machine promoting regulatory competition and fueling tax wars: ‘The 1% meeting in Switzerland, Marie Joubert introduced, exonerates itself from contributing to society, while each year, the world creates more wealth, and inequalities are rising. We the citizens, women, working families & small companies – all pay taxes. In developing countries, governments are deprived of at least $100 billion each year, through tax dodging. Multinationals must pay their share. it is imperative to change the global tax system: it is obsolete, it is not adapted to the structure of multinationals, it is unfair, it is unsustainable.’

Roosje Saalbrink, of Womankind Worldwide, guided the tour to the Maternité statue, representing the exploitation of women who subsidize the economy through their unpaid care work. Saalbrink explained how (exactly as in the COP process, for the environment) governments have taken pledges to create enough resources to support gender equality and women’s rights. ‘However, the current low tax collection means there are fewer resources available for the public services that are much needed. There is an unjust global tax system, enabled by and channeled through the City of London, which hits women and girls the hardest: these tax policies manifest and exacerbate patriarchal structures that discriminate against women and girls. What we need are appropriate public investment and policies that support the redistribution of unpaid care work through the provision of public, universal gender-transformative public services.”

Susan Himmelweit from the UK Women’s Budget Group explained, ‘Brexit will be an opportunity for deregulating finance further – and once a big powerful place like the City of London does it, it’s very difficult for other places not to do it too. One UK government after another has been effectively more interested in the reproduction of financial capital than in the reproduction of people. And the social reproduction of people is exactly what women spend their time doing: we are involved in caring activities; we’re involved in all those things that keep life going on. For us, therefore, the contributions of the state make a huge difference. Brexit can probably only make that worse, definitely in one respect: in the sense that European regulations have benefited women greatly in this country. Nearly all progressive changes have come from the European Union’.

With so much at stake, let us join hands in speaking truth to power to make tax justice a lived reality for all women and girls everywhere! The broken international tax system needs to be reformed to ensure everyone pays their fair share, tax policies are non-discriminatory against women, and governments are able to generate the much-needed tax resources to provide gender responsive public services.

3 Ways to Accelerate the Energy Transition

Early View Article - Alleviating the Thucydides' Trap through Welfare State Dependence: How the Funding Needs of the Western Welfare State Can Influence Multilateral Relations with China