The Natural Selection of Ideas: Prerequisites and Implications for Politics, Philosophy and History 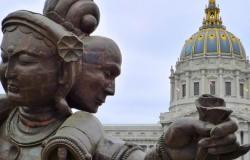 Why do certain ideas and political paradigms endure while others become obsolete or are rejected?

This question has preoccupied political and philosophical scholarship for millennia. This article puts forward four conditions for the survivability of ideas. It argues that modern tools for understanding human nature, such as those offered by neuroscience, provide us with unprecedented insights about human predilections and needs. Based on these findings, we can better conceptualize why some ideas thrive while others do not and their possible implications to international relations. The human need for dignity is central to this explanation: no ideas can thrive if they do not guarantee and safeguard human dignity.

In 1859, Darwin introduced the concept of natural selection in On the Origin of Species, and J.S. Mill explored the flourishing of ideas in On Liberty. In Darwinian natural selection, features that do not contribute to the function of the individual vanish over the course of generations, as bearers of such traits lack the reproductive fitness to pass those features on to their offspring. Mill applied a similar argument to ideas: good ideas would survive the rigors of critical debate, but there were no means of discovering which ideas would endure apart from testing them. In my attempt to continue this debate, I turn to neuroscience. Advances in neuroscience and brain-imaging inform us about underlying predilections in our nature, which indicate that we will be more likely to choose and validate certain ideas over others. My task here is to unpack this premise and to do so by looking at four prerequisites for the selection of ideas.

For centuries, philosophers have disputed whether humans are inherently moral or immoral. Neuroscience offers new ways to understand human nature as a predisposed tabula rasa: man is not an entirely blank slate but is equipped with a set of survival-attenuated instincts, significantly informed by emotional experience. This means that the development of our moral compass is dramatically influenced by our surroundings, emotional self-interest, and survival value.

Similarly, the reception and adoption of ideas will depend to a large extent upon socio-economic and cultural conditions. Yet, despite these contingencies, ideas must fulfil a set of conditions to survive.

For ideas to survive and flourish, the following pre-requisites must be met:

1. Ideas must account for the emotional, amoral and egoistic attributes of human nature:

Based on neuroscience, human nature can be described through the paradigm of "emotional amoral egoism". Evidence shows that man is born neither moral nor immoral, but amoral: he will oscillate between the two based on self-interest and the circumstances in which he finds himself. However, humans are minimally equipped with a set of instincts for survival and a predetermined need to follow those actions that guarantee the highest chances of survival. These calculations over what maximizes our chances of survival are based on perceived self-interests and therefore influenced by subjectivity. Moreover, emotionality plays a critical role in our thought processes and more often than not, it overrides rationality.

Our shared neurochemistry will also inform us about the kind of ideas we are most likely to favour or dismiss. Choosing ideas that set the basis for inclusive governance will eventually ensure greater sustainability, whereas any guiding idea that advocates inequality and discrimination is ultimately bound to become obsolete, especially as the world becomes more connected and interdependent. The Arab Spring is a perfect illustrator of how a world of interconnectivity and raising political consciousness is ultimately deleterious to regimes which repress their population and impose alienating forms of control, or allow external manipulations that are contrary to endogenous cultural sensibilities.

2. Ideas must be adaptable, pluralistic, and synergistic with other ideas:

The adaptability of ideas is required for their survival. In today’s context of ever-greater cultural interaction and interdependence, only ideas with significant cultural vigour will persevere. As in nature, where increased exposure and crossbreeding between species is conductive to hybrid vigour, cultures that remain in complete insulation from others are weakened too. The capacity to adapt is a sine qua non for the durability of ideas, as the failure to change in rapidly changing circumstances generates ill-suited characteristics for survival. Moreover, there is a positive contribution following adaptation, when the ideas’ inherent capacity to adapt is enhanced. An agenda of cultural isolationism or arrogant exceptionalism is profoundly counterproductive. Not having to adapt is a disadvantage; those nations and cultures that actively pursue opportunities for adaptation and cross-pollination will be a source of innovative ideas that persevere, resulting in a sustainable trajectory for history.

3. Ideas must guarantee dignity needs for all:

The guarantee of individual human dignity for all, at all times, and under all circumstances is crucial for ideas- and a precursor in order for them to pass the test of time. I employ the notion of dignity here to mean much more than simply the opposite of humiliation. It requires nine criteria of good governance which are: reason, security, human rights, accountability, transparency, justice, opportunity, innovation and inclusiveness. Ideas and systems of government based on ideas that fail to meet these criteria will not be successful in the long term as they cannot guarantee the preservation of human dignity, which is fundamental to our species and to social life. Ideological systems that prioritize the authority of central command over all, particularly over the dignity of the individual, are ultimately unsustainable. Slavery was abolished in the British Empire in 1834, following a previous government decision of 1807, which stipulated that buying or selling slaves was illegal. Slavery had been a highly profitable practice for the Empire, yet it could not be defended morally. Several factors led to the erosion of its legitimacy and its final demise: the French revolution and its inspiration to pursue ideals of liberty and equality, support from religious organisations and sweeping slave revolts in the early 19th century, such as in Jamaica. The costs of maintaining slavery became too high and its repercussions too negative to justify it.

Recent history is replete with examples. The apartheid system, which was a brutal assault to human dignity, was wiped out and could not defend its legitimacy in the face of domestic turmoil and international pressure. The communist regimes across the former Soviet bloc similarly lost their popular appeal as they rampantly and repeatedly violated basic rights and freedoms, and ruled through terror. The cumulative effect of these practices was that despite strong security apparatuses, Communist regimes could not contain the growing frustration and disillusionment of their populations.

While some ideas that are not in keeping with human dignity may survive and flourish in certain circumstances, it is my belief that these will not be sustainable in the long run, as our globalised world becomes increasingly more connected and interdependent.

4. Ideas must be based on knowledge derived from "best available reason-based truths":

The Neuro‐rational Physicalism (NRP) theory of knowledge analyzes the processes of knowledge formation, a topic of contention between empiricists and rationalists. NRP posits that the sources of knowledge come from a combination of employing sense experience and reason, both of which are subject to interpretation. This implies that the formation of knowledge is contingent on several factors, including prior assumptions, as well as cultural and temporal inputs. Humans pursue new knowledge by relying on what they already know, on personal experiences and particular dispositions which they translated into meaningful interpretations. Human knowledge is personal and not universal: our truth is essentially indeterminate and formed from contextually-constrained factors (although this does not mean that there is no knowledge that transcends time and place). The theory of NRP is relevant for the interpretation of the survivability of ideas because it demonstrates that ideas which adhere to the sources of knowledge specific to each cultural setting will be more likely to endure. Such ‘best available reason-based truths’ will ultimately be more long-lasting when compared to dogmatic and non-verifiable ideas.

Human history is full of examples where ideas did not meet the criteria above and were unsustainable, leading to their obsolescence and, ultimately, to their extinction despite the sometimes significant military, economic, intellectual, and political power driving them. Examples of these include colonialism, Communism, Fascism, Nazism, Apartheid systems, other forms of totalitarianism, as well as other ethnic and religious persecution. In contrast, systems of ideas, such as those found in liberal democracy have survived despite significant forms of economic, social, political and cultural inequalities that still persist even in mature democracies.

Furthermore, unpacking the criteria for the survivability of ideas has implications for our understanding of global security. The most successful ideas will produce the most stable governments and thereafter, the premises for national and international stability. Conversely, ideas that do not find acceptance across society will inevitably lead to disruptions and crises in the international system.

Not all ‘immoral’ ideas have perished. However, the test of history has ousted those ideas that attack human dignity and today their normative acceptance has been eradicated globally. We still struggle with forms of inequalities, with racial and ethnic profiling, with ideas that claim the superiority of one group over another, but these do not find wide resonance and a complex system of norms and institutions have been set up to address them.

In the long run, ideas survive if they are in line a model of “Sustainable History”, which upholds human dignity as the most important requirement for good governance. Variations of notions of dignity across cultures are inescapable, but the pursuit of dignity and a dignified life transcends all cultures.

Prof Nayef Al-Rodhan (@SustainHistory) is an Honorary Fellow, St Antony’s College, University of Oxford, and Senior Fellow and Head of the Geopolitics and Global Futures Programme at the Geneva Centre for Security Policy. Author of Sustainable History and the Dignity of Man. A Philosophy of History and Civilisational Triumph (Berlin: LIT, 2009), http://www.sustainablehistory.com/ & http://oxford.academia.edu/NayefAlRodhan.

“Donor-Researchers” and “Recipient-Researchers”: Bridging the Gap between Researchers from the Global North and Global South