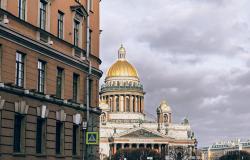 Dave Anderson explains that Putin’s thinking regarding nuclear weapons cannot be understood through the lens of Western rationality.  World War III, though irrational to the West, may be, from Putin’s point of view, in Russia’s best interests.

The question arises as to why the criterion of rationality is being invoked to try to predict Putin's next steps?

The noted Yale historian Timothy Snyder has raised this question in an interview with Ezra Klein from the New York Times.  He points out the Western concepts of rationality are simply different from Russian.  There are also different concepts, including instrumental and substantive rationality.  Anyone who has studied Descartes, Hume, Kant, Bentham, Mill, Hegel, Dewey, Rawls, Habermas, Marcuse, Nancy Fraser and Peter Singer will tell you that there is no such thing as "the" theory of Western rationality.

Putting to one side the variety of Western concepts of rationality, there are certainly different concepts of reasoning in the East, for example in Buddhist and Confucian thought.  Indeed, the concept of rationality does not play a central role in the philosophy, thought and culture of many countries at all:  Rationality is the essence of Western Enlightenment thinking and, in many ways, is still the essence of Western government, even though there are many traditions of thought, especially on the European continent, France notably, which are regarded as “postmodernism.”

Perhaps it is in Putin's best interests to start World War III.  Maybe he figures that Russia is a weak economic power but a first-rate nuclear power, and World War III would elevate it to first rate status across the board.  We are, after all, talking about the country that sacrificed 25 million soldiers and civilians in World War II to defeat Nazi Germany.  Most top Western historians, like Sir Max Hastings in The Inferno, are clear on the point that the Russians did most of the work to destroy the Nazi army.

Thus, if World War III meant that Russia would lose, say, two major cities and 30,000 towns, maybe it is worth it to them.  They lost Stalingrad and Leningrad in World War II -- they won the long battles, but these cities were destroyed -- and they lost 70,000 villages and towns.  Maybe Putin is ready for round three.

The bottom line is that as the West navigates this extremely complex international military, political, and economic situation, it is not useful to think in terms of Western rationality.

Ukraine and the NATO countries are not at war with a Western country -- Russia is partly in Europe and partly in Asia.  We can't assume they use the same values and standards of judgment that we do.  The Russians -- and the Chinese for that matter -- do not make decisions the way the French, Germans, British and Americans do.

Dave Anderson (dmamaryland@gmail.com) has taught political philosophy at ​the University of Cincinnati, the College of Charleston, and George Washington University and is editor of Leveraging: A Political, Economic and Societal Framework (Springer, 2014).