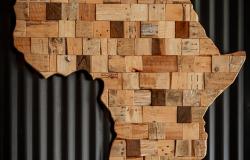 This is part of in a new collection of commentaries from the Emerging Global Governance (EGG) Project on the New Development Bank's evolution. Browse the series here. Daniel Bradlow and Magalie Masamba argue that some rethinking and retooling of the NDB are needed in order to provide broader benefits across Africa.

A ‘New’ Development Bank with Its First Regional Office in Africa

The New Development Bank (NDB) was agreed in 2014 by Brazil, Russia, India, China, and South Africa, commonly known as ‘BRICS’, and opened in December 2015 with an initial authorised capital of US $100 billion.

The NDB was established with the primary objective “of financing infrastructure and sustainable development projects in BRICS and other emerging economies and developing countries”.[i] The BRICS also saw the NDB as having a second purpose: to help reform the governance of the international financial architecture that was perceived as being dominated by developed countries and as providing insufficient voice to developing countries.

Recently, the NDB has garnered international attention when it admitted another four countries – Bangladesh, Egypt, United Arab Emirates, and Uruguay—as member states of the bank.

The NDB opened its Africa Regional Center (ARC) on 17 August 2017, in Johannesburg, South Africa.  Why was the ARC created?  How has it been doing?  Has it delivered on the intended purposes, or to what degree?  If the ARC has not performed as well as hoped, or expected, what has stood in the way?

The NDB has made progress in meeting its first objective – i.e. financing infrastructure and sustainable development projects in BRICS and other emerging economies and developing countries.  The Bank is generally seen as enhancing the financial landscape by offering a fresh source of long-term financing for developing-country infrastructure projects.[ii]

The BRICS and the NDB are also seen as having had some impact in regard to their second objective -- help to reform the governance of the international financial architecture.  In fact, the NDB itself has noted that “The Bank also expects to influence the international financial architecture and global practices by being a fundamentally new kind of development institution based on mutual respect and reflecting the evolution of the world economy in recent decades.”[iii]

They created the “Contingent Reserve Arrangement”, an inter-central bank swap arrangement.  The BRICS CRA is now seen as part of the global financial safety net, including by the International Monetary Fund. The initial total committed resources of the BRICS CRA are USD 100 billion with the following individual commitments:

The BRICS have also discussed the establishment of a BRICS credit rating agency that would help diversify the global financial system and make it more responsive to the concerns of developing countries.

These developments in the global financial system have been welcomed by some commentators, such as  Bob Kalanzi of the New Partnership for Africa’s Development (NEPAD), who writes, “The NDB marks developing nations’ coming of age and reflects their desire to stand on their own feet”.[v] Similarly, the former CEO of Oxfam South Africa, Siphokazi Mthathi, noted that, “BRICS has continued to challenge global governance structures through debates among emerging markets and the developing world. It was in response to the belief that global financial institutions lack democratic voting rights, that the NDB was created.”[vi]

Despite these achievements and hopes, it is questionable whether the BRICS in general or the NDB, their most prominent creation, have, in fact, provided a credible counterweight to the key institutions in global economic governance, namely the World Bank and the International Monetary Fund.

The ARC was founded by the BRICS-led NDB with the goal of being a significant contributor to South Africa’s and the continent’s long-term infrastructure development. It was perceived that the establishment of the ARC was a concession to South Africa, which had wanted to house the NDB’s headquarters. The NDB, as its name suggests, aims to provide a “new” way of financing and supporting sustainable projects. By locating its first regional office in Africa, the bank’s operational strategy was seeking to emphasize Africa’s status as an important international stakeholder, and to demonstrate that it would be treating the continent differently from the established international financial institutions.

But how has the ARC performed, what are the results achieved, has it delivered on the intentions?  To what degree does the NDB’s ARC represent a new approach to international development finance, how is it succeeding in promoting sustainable development in the region? Is the NDB, through the ARC, promoting an approach to development based on strong environmental and social safeguards, active and meaningful engagement with local communities, and projects that are appropriate to the actual needs of their intended beneficiaries?  Or has the NDB merely tended to follow the traditional top-down and non-transparent and non-participatory approaches to development of the traditional donors and long-established MDBs?  In short, is the NDB truly a “new” development bank or merely a new source of development business as usual?  These are complex questions that cannot be fully explored or answered in a single blog post. Nevertheless, as the ARC turns five years old, it is possible to look at its record so far, and provide some preliminary findings.

The NDB’s Regional Offices are supposed to work according to guidance from the NDB Head Office in Shanghai.[vii] The principal duty of the Regional Offices is to identify and prepare bankable projects in the BRICS and other members of the NDB. Thus, the ARC serves as both the principal operational interface between the NDB and Africa as a regional whole, and as the principal liaison between the NDB, African states, and entities within the region.[viii]

When the ARC was launched, African governments were hopeful that the NDB, through the ARC, would play a leading role in helping Africa’s infrastructure development. Pravin Gordhan, the then-Minister of Finance, stated in his budget statement in 2016 that: “This initiative gives impetus to our role as a financial centre for Africa, and will facilitate access to global finance by African investors and institutions.”[ix] NEPAD’s Bob Kalanzi expressed similar sentiments − “We hope the NDB, and especially the African Regional Centre (ARC) which was launched last year, can mobilise resources and partnerships towards implementing various infrastructure projects stipulated in the 2063 Vision and the First Ten-Year Implementation Plan, across the continent.”[x]

The ARC is responsible for providing project selection and project-preparation support to the NDB’s member countries and the national representatives of countries across the African region. In the case of South Africa, it works with the South African government, public and private sector entities, and other relevant partners to select bankable and high-development impact projects.[xi]  Egypt has recently joined the NDB, and it is anticipated that the ARC will play a similar role in coordination with Egypt.

The ARC is playing the following role in implementing these projects, specifically:

Beyond South Africa, the NDB, expects the ARC to play a role in channelling NDB support and financing for infrastructure projects across Africa, to support the African Union’s Agenda 2063, and projects in the continent that contribute to the United Nation-led 2030 Agenda for Sustainable Development.

Although five years is a short time period, and may not allow for more definitive judgement and conclusions, it appears that the optimism generated by the creation of the ARC may have been overstated. As discussed above, the bulk of the ARC’s work so far has been tied to South Africa’s 10 NDB-supported projects in the country. The one project that the NDB has funded outside South Africa – through the ARC – is the Lesotho Highlands Water Project Phase II, but this project will ultimately provide water to South Africa.

In addition, the NDB showed early signs that it was facing challenges in overcoming some of the operational challenges that the other multilateral banks face, including “lengthy loan approval processes, limited use of country systems, sensitivities around environmental and social safeguards, excessive conditionalities, the need for responsiveness and the importance of knowledge services”.[xiv]  It would appear to be a high challenge for the ARC to achieve these goals.

Furthermore, how far has the ARC made it beyond South Africa in providing development support across the continent?  To date, the NDB and its ARC has yet to provide major infrastructure financing across the region. The facts of the Lesotho project suggest that the internal decision-making dynamics of the NDB are such that presently only its members can receive financing for projects, or that direct neighbours of the NDB member nations might get some support, but only if the project ultimately benefits the NDB member country.

As such, the hitch may be that African countries would need to join the bank in order to get serious funding, even if there are no formal restrictions on beneficiaries written into the design of the ARC. It will be interesting to track how the arrival of Egypt into the NDB may or may not change the NDB’s project lending decisions in Africa.

Some rethinking and retooling of the ARC, and at the NDB are needed in order to provide for broader benefit across Africa. If not, then the traditional multilateral development banks, namely the World Bank and African Development Bank will still be the dominant lenders.

Magalie Masamba is a Post-Doctoral Fellow with the University of Pretoria’s Centre for Human Rights  and a Global China Post-Doctoral Research Fellow at the Boston University Global Development Policy Center. Previously she was a Legal Specialist (consultant) in the World Bank’s Public Private Partnership Support Program for Tanzania and an Oxford Policy Fellow in the Zanzibar Ministry of Finance and Planning. Her Doctor of Law degree focused on sovereign debt restructuring, human rights and development in Africa. Her research interests are in global economic governance, international development law, financial institutions and human rights and investment law. Together with Professor Daniel Bradlow, Magalie is a co-editor of the recent publication "COVID-19 and Sovereign Debt: The Case of SADC" (PULP, 2022).

[i] New Development Bank About Us’ https://www.ndb.int/about-us/essence/our-work/