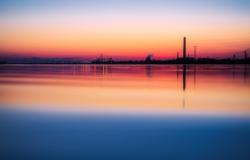 Isabelle Goetz and Greer Gosnell argue that India has an opportunity to secure reliable and affordable energy, whilst ensuring its gas usage supports national and global decarbonization efforts.

As developing countries seek to expand reliable and affordable energy access amidst increasingly binding carbon constraints, natural gas has emerged as a potential ‘bridge fuel’ to support simultaneous economic growth and clean energy transitions. With India set to experience the largest rise in energy consumption globally to 2040, the potential role of gas in powering rapid demand increases is of particular importance for reaching local air pollution and global climate change goals, and in setting an example for other developing nations with similar growth aspirations. In 2019, the Government of India announced ambitions to increase the percentage of gas in its primary energy mix from 6.2% in 2018 to 15% by 2030.

Yet, India is not the first country to set its sights on gas to power growth. For over a decade, Mexico has invested in natural gas to expand energy access, increase energy reliability, and offset its oil use to reduce greenhouse gas emissions. Market liberalization increased private investment, and government policies promoting gas expansion since the 1990s have steadily driven Mexico to become one of the top ten global gas consumers. Lessons from Mexico point to the importance of a steady and diversified gas supply through development of stable relationships with major gas-producing economies and increased openness to private investment, while sending clear long-term signals to investors. In India’s case, such signals will also need to be transparent regarding the expected role of natural gas in meeting global climate objectives.

Mexico’s road to a gas-based economy

Following the partial liberalization of the North American gas industry in NAFTA in 1994, the Mexican gas industry capitalized on the economic prospects of foreign trade, domestic sales, distribution, and storage. As a result, natural gas consumption in Mexico steadily rose, with an annual average growth rate of 3.5% from 1994 to 2012 largely driven by fuel switching in electricity from fuel oil to natural gas. Despite vast natural gas growth in the prior decades, the energy strategy of the state-owned energy company Petróleos Mexicanos (Pemex) in Mexico remained centered on crude oil in the Gulf of Mexico. Though President Calderón called for a vast increase in the presence of natural gas production through development of unconventional gas resources, the goal was hindered by technological and financial constraints.

Enrique Peña Nieto succeeded Calderón in 2012 having campaigned on values of energy reform to liberalize the Mexican energy sector and put an end to Pemex’s energy monopoly. In 2013, Peña Nieto’s administration initiated sweeping energy reforms that opened Mexico’s energy markets for more technologically advanced private investors to hold a participating economic interest in Mexican blocks for the first time since 1938. While the first round of bidding in 2015 was somewhat disappointing with only two successful bids out of 14 available (primarily shallow-water) blocks, the following deepwater bidding round resulted in eight of the ten available blocks in the Gulf of Mexico being awarded, with construction scheduled to begin in 2023. Thus, the reforms have led to contracts capable of returning $200 billion in investments and projected updates to infrastructure.

Of course, for the reform to yield these benefits, private investors must be able to use the reserves as their own assets and feel assured that policies will remain in place over project lifetimes, which remains to be determined. President Andrés Manuel López Obrador (AMLO) favors public sector companies and has taken steps that support state-owned over private entities, threatening to undermine progress on attracting private investment by suspending auctions and creating policy uncertainty. Additionally, despite broad support for Peña  Nieto’s energy reforms, there has been concern among Mexican voters that the average citizen may not stand to benefit. Thus, policy uncertainty and delayed or uncaptured benefits from such reforms present major risks to their success.

Still, after almost three decades of gas expansion, Mexico is one of the top ten natural gas-consuming countries globally with imports representing 47% of its consumption, the United States being its largest supplier. Negotiations between AMLO and the Trump Administration in 2018 projected a new NAFTA agreement to bolster the US-Mexico energy relationship. Mexico’s relationship with the United States ultimately strengthened its domestic gas market, as cheap and abundant energy created mutually beneficial trading prospects that facilitated infrastructural improvements such as doubling the capacity of US pipelines to Mexico.

With declining production, growing consumption in its industrial sector, and government expansion goals, India’s LNG imports are only likely to grow. In recent years the United States has expressed interest in expanding its relationship with India, which currently purchases 5.8 million metric tons per year of liquefied natural gas. India’s total imports of natural gas from 2017-2018 accounted for almost 20 billion cubic meters or 38% of its total natural gas supply during that period. India may benefit from strengthening partnerships with closer potential sources of natural gas including Africa, Southeast Asia, and some parts of West Asia, while continuing partnerships with reliable producers. For instance, a more expansive partnership between India and Australia has the potential to mirror the mutually beneficial relationship between Mexico and the United States, as India could be a large stable market for one of the world’s top LNG exporters. Of course, growing reliance on imports can threaten energy security, making the Indian energy sector increasingly vulnerable to global events beyond its borders.

India must also ensure that its natural gas pipeline infrastructure can manage rapid growth in gas usage. Under Pemex’s tenure, low gas prices and steady supply from the US ed Mexican manufacturing firms to switch to using natural gas as their energy source, which led to major disruptions to production levels following infrastructure-related gas shortages in 2012 and 2013. As India looks to grow the presence of natural gas in its energy sector, it must therefore be conscious to diversify its supply, whether from imports or increased domestic development, and bolster its gas transmission and distribution infrastructure to ensure it can meet the needs of a growing and increasingly gas-dependent economy.

Of course, unlike the Mexican case, India's path toward a gas-based economy is occurring in the context of rising cooperation and heightened global concern around climate change. The risk of stranded assets and increasing calls for transparent and standardized emissions reporting are now much stronger and more salient, though recent data and technology innovations may also provide opportunities for ‘greener’ gas usage. India thus needs to ensure that its gas usage supports national and global decarbonization efforts and accompanying timelines, for instance by specifically using gas as a substitute for its abundant coal in the near term and ensuring new and existing infrastructure is compatible with global net-zero emissions goals.

Dr. Greer Gosnell is a Senior Research Associate at the Payne Institute for Public Policy at the Colorado School of Mines. She is an experimental, behavioral, and environmental economist whose research reveals cost-effective climate change mitigation strategies at the microeconomic level, particularly in relation to technology adoption behaviors that influence energy consumption.

Isabelle Goetz is a Research Assistant at the Payne Institute for Public Policy at the Colorado School of Mines.

A Response to Branko Milanović's: “Degrowth: Solving the Impasse by Magical Thinking”