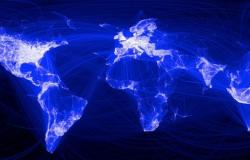 International Media Centre – G20 Hangzhou Summit. China hopes to champion cooperation between the private sector and global leaders in boosting economic growth. Nowhere is this more evident than in its scheduling of the summit of business leaders (B20) (3 to 4 September) to overlap with the Group of 20 (G20) Leaders’ Summit (4 to 5 September).

At the previous summit in Antalya, Turkey, 14 out of the B20’s 19 policy recommendations were reflected to some extent in the G20 Communique. This showed a positive intent from the G20 in committing to work with the B20 and foster economic growth. However, China wants to go beyond this and ensure even more cooperation between the two groups. Under the presidency of China, the B20 agenda focuses heavily on boosting SME and implementing the SMART action plan to help companies grow. Another key point is trade. G20 leaders agreed at previous summits to increase their efforts towards ratification of the Trade Facilitation Agreement (TFA). Despite this, actions regarding the treaty have been slow. The B20 pushed the TFA on this summit’s agenda, urging for its ratification and implementation by the end of 2016, but this time with China on its side, promoting trade and openness.

A point of discontent among B20 leaders is that despite the measures taken at previous summits and G20 members expressing their commitment to standstill and rollback on protectionist measures, a new wave of business red tape and protectionism came about, with a surge of anti-trade sentiments around the world. Strong anti-globalisation sentiments worry business leaders in terms of the effects they may have on their ability to expand their economic activities beyond their national boundaries. In June, the WTO released a report in which it revealed that in the last year, G20 economies introduced protectionist measures at a faster pace with 145 new trade-restrictive measures, almost 21 measures per month, compared to the average of 17 per month. China's Vice Commerce Minister Wang Shouwen in his press briefing with journalists at the G20 Media Centre, argued that for the economy to grow more companies need to go global and barriers to trade need to be removed. At this time, B20 leaders have the support of China in championing free trade and pushing economic growth on the agenda. The panel discussions on “Encouraging Robust International Trade and Investment” and “Promoting Inclusive and Interconnected Development” taking place on 4 September, are where business leaders will present their recommendations for trade and investment, coordinated by the Trade and Investment Taskforce and the SME Development Taskforce, respectively. They are proposing inter alia the encouragement of trade through the establishment of an Electronic World Trade Platform (eWTP) and the promotion of e-commerce, which China fully endorses, considering its large e-commerce market.

It remains to be seen how far the B20 agenda will be taken into consideration. China, under whose presidency the B20 met and formulated their policy proposals, has tried to achieve as much consensus as possible. These proposals are a collaborative effort involving multiple business leaders, international organisations and a strong B20/G20 dialogue.

How China Escaped, and Eastern Europe was Felled by, the Volcker Shock

Borrowing Patterns in the Global Financial Safety Net: Does Governance Play a Role?