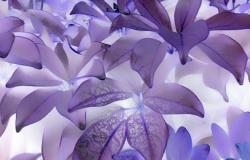 International Media Centre – G20 Hangzhou Summit. When the GLI group arrived in Hangzhou, we were expecting quite an experience, though little could prepare us for the welcome that greeted us. With China rumoured to have spent billions of dollars on hosting the summit, Hangzhou has undergone an epic transformation: huge investment in the city and its infrastructure, supported by thousands of highly trained and genuinely welcoming volunteers, have both helped to create China’s desired image. The role of Hangzhou is to come across as smart, efficient and beautiful; the role of the visitor is to be impressed. That a certain air of theatre is created as a result is inevitable, and is part of the “soft power package” that China has been actively promoting overseas in recent years.

After all, soft power is a key part of China’s global diplomacy, and it is estimated that approximately US$10 billion dollars are spent per year on “external propaganda”, ranging from monetary investments to the widely entrenched Confucius Institutes. Therefore, the ‘theatre’ of the Hangzhou G20 is understandable, particularly in the sense that China is feeling pressured to prove to the world that it is peaceful in its rise and its goals in hosting the G20. Yet, it is undeniable that there is something amiss amongst the glamour. With much of Hangzhou away on holiday, many shops closed, and an all-encompassing focus on security, much of the summit also feels removed from the reality of true Chinese life.

This difference was immediately obvious, and especially so for those of our group’s number who had visited China previously, as we met with the stark reality of a manufactured Hangzhou. This was the ‘soft power’ that China expected visitors to embrace: that of perfect hotel rooms, selected restaurants, and a spotless media centre. In order to find for ourselves a world outside of the G20, we decided to venture out, on the second day, to explore what we could of Hangzhou’s urban centre. We found ourselves in small dumpling restaurant in the city centre, one of the few restaurants that had remained open for the duration of the summit. There was a strong contrast between the relaxed, local atmosphere of this establishment, and the one we had come to expect, and this experience highlighted even more strongly the differences between the filtered and non-filtered aspects of China.

With this in mind, it is important to consider that the summit has left visitors feeling alienated as well as welcomed, a curious notion which is not entirely new to China. For, in spite of its increased spending on soft power, China still struggles with its global reputation. The ultra-security conscious nature of the summit, and insistence on protocol, only continues to play upon the fears that usually surround China’s rise to power. Therefore, in order to move past these obstacles, it could help if China embrace things that are less than perfect. Moving up to the global stage does not have to result in banishing things that do not naturally feature within glossy magazines, and would make for a nation that is seen as far more realistic than the perfect creation China has strived to deliver. It would do more good for China, and its soft power initiative, to show itself. Such actions will be most useful in reinforcing China’s peaceful diplomacy objective.