China on show at the G20 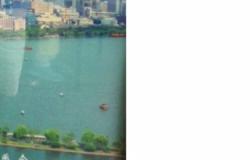 International Media Centre — G20 Hangzhou Summit. From 4 to 5 September, the Group of 20 (G20) leaders will gather in the Chinese city of Hangzhou to discuss the international coordination of economic policy, seek a remedy for sluggish global economic growth and seek to revamp global economic governance. Ahead of the leaders’ arrival, China is making intensive efforts to present a good image to the world. As the Chinese national news agency Xinhua claimed, ‘We are ready.’

This is the first ever G20 summit to be hosted in China. As the host country, it is expected to consolidate the opinions of different parties on the core issues under discussion. At the same time, the Chinese government appears to regard the G20 as a big show for the global stage that can demonstrate Chinese economic development, social stability, the progress of infrastructure, as well as the growth of Chinese power. As the China Daily stated, ‘it is a big chance to show China’s view on global development to the world.’

This gives rise to two questions: what is really on show and a show for whom?

The slogan ‘A good host. Success of G20 in Hangzhou!’ is presented at the airport, painted on the side of buses and displayed on large screens dotted around the city. At the same time, there are quiet streets, closed restaurants and shops, empty buildings and thousands of security staff on the streets of this city. One Hangzhou resident, who worked at Zhejiang University told us, ‘two months ago, the police began to check and record identity information from door to door, and many temporary residents are required to leave Hangzhou during the period of G20. Also, people who lived in Hangzhou have to carry their identity cards daily because they might be checked anywhere and at anytime. Now, all of the express deliveries are banned in Hangzhou, the operation of the factories is banned, tourists are banned and even the running of some restaurants is banned.’

The Chinese authorities want to use this form of cleansing in order to give foreigners a perfect impression. According to the coverage of Hangzhou local media, the government has been preparing for the G20 since the beginning of the year. Hangzhou, the city that is depicted as a paradise on earth, is dressed up as a result of massive infrastructure works, including new construction works, development of public transport and beautification through the planting of trees and flowers within just eight months. The authorities have not disclosed the specific cost of China’s G20 preparation, but according to The Guardian, billions of pound have been spent on the revamping of this city.

If such a show is meant to show off the city, then where are its residents? Who exactly is being profiled? Fortune commented that President Xi Jinping and his followers prefer showing their leadership capabilities to the world through the G20. It can be noted that after the 2014 APEC summit, this G20 is the second large-scale international summit hosted by China since Xi came to power and his book Xi Jinping The Governance of China was placed on prominent display in the media centre in multiple translations. The publisher’s note states that, ‘In this book, Xi Jinping offered his thoughts, views and judgments, and answered a series of important theoretical and practical questions about the Party and the country in these changing times. His speeches embody the philosophy of the new central leadership.’ As far as we know, it is the first time to see a leader’s book on display at a G20 summit.

The government declared that the costly show is for Hangzhou’s citizens, to improve their lives, their welfare and their future. One Communist party chief Zhao Yide stated that the opportunity of the G20 will take the development of Hangzhou to the next stage and forever alter this city of about six million. Although many Hangzhou residents’ activities and behaviours are forbidden and limited during the G20, they still support this big show to a fairly large extent. According to the People’s Daily, people in Hangzhou considered the G20 as similar to the 2008 Olympic Games in that it could bring more job opportunities, business cooperation and international investment. In addition, it is clear that the new infrastructure will no doubt benefit the residents into the future, something that will remain a legacy of hosting the G20.

However, even though it might be too early to say if the G20 is an opportunity for Hangzhou as the 2008 Olympic Games was for Beijing, the evidence remains unconvincing. It is worth mentioning that according to the Chinese version of The Wall Street Journal, APEC has not brought economic benefits to Beijing. On the contrary, China faced the lowest economic growth rate since 2010 because of factors including the huge investment for APEC.

Each country is made up of its citizens, it is created by them, and decisions are ultimately made by them. This G20 will place the world’s attention on China but this spotlight is unlikely to extend to its many citizens who have shouldered numerous burdens in the process of preparing for the summit.