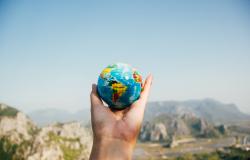 These institutions were designed with colonial principles in mind, and they remain largely colonial in character to this day.

Most people assume that inequality between the global South and the global North (the United States, Western Europe, Japan, Canada and Australia) has been declining over the past few decades. After all, colonialism is behind us, and surely poorer countries are gradually “catching up” to richer ones. But, oddly enough, exactly the opposite has happened. The per capita income gap between the South and the North has quadrupled in size since 1960, in what can only be described as a striking pattern of divergence.

This trend is due in large part to power imbalances in the world economy. To put it simply, rich countries have disproportionate influence when it comes to setting the rules of international trade and finance – and they tend to do it in ways that serve their own economic interests, quite often at the expense of everyone else.

Nowhere is this problem more apparent than when it comes to the distribution of power in the World Bank and the International Monetary Fund (IMF), two of the key institutions that govern global economic policy. We might expect that representation in these institutions would be modelled along the lines of the United Nations General Assembly, or perhaps calculated according to population. But in reality, they are deeply undemocratic.

Moreover, voting power in these institutions is skewed heavily in favour of rich countries. The US has de facto veto power over all significant decisions, and together with the rest of the G7 and the European Union controls well over half of the vote in both agencies. Middle- and low-income countries, which together constitute 85 percent of the world’s population, have a minority share.

Not only is there minority control over global economic policymaking, there is also a clear racial imbalance at play: on average, the votes of people of colour are worth only a fraction of their counterparts. If this was the case in any particular country, we would be outraged. We would call it apartheid. Yet a form of apartheid operates right at the heart of international economic governance today, and has come to be accepted as “normal”.

In some cases, the differences between countries are particularly striking. Take Bangladesh and Nigeria, both of which were British colonies. In the IMF, a British person’s vote today is worth 41 times more than a Bangladeshi’s vote, and 23 times more than a Nigerian’s vote. And this is the 21st century; many decades after the end of colonial rule.

The inequalities that characterise voting power in the World Bank and the IMF have their roots in the colonial period. After all, these institutions were founded in 1944. Countries that were colonies at the time (like India) were integrated into the system on unequal terms, subordinated to their colonisers. Other colonies were not allowed to join until after independence, in some cases well into the 1970s and 80s.  These institutions were designed under colonialism and they remain in key respects colonial in character.

Voting power in the World Bank is allocated according to each country’s financial shares. In the IMF, it is primarily according to gross domestic product (GDP), with some consideration also given to a country’s “market openness”. As a result, the countries that became rich during the colonial period now enjoy disproportionate power when it comes to determining the rules of the global economy. Inequality begets inequality.

Defenders of this system argue that this is a legitimate approach: it makes sense, they say, that bigger economies should have more power over decisions related to the global economy.

But think of the implications of this claim. In any national political system, we would reject the notion that rich people should have more voting power than poor people, and more influence over economic policy decisions. We would see this as corrupt and morally repulsive. And yet such plutocracy is normalised in the World Bank and the IMF.

These imbalances in voting power help explain why the World Bank and the IMF have been able to impose neoliberal structural adjustment programmes across the global South over the past 40 years. These programmes – focused on privatisation, austerity, and forced market liberalisation – have created lucrative profit opportunities for multinational companies, but have had a devastating effect on the South: during the 1980s and 90s, they caused incomes to decline and poverty to rise, and in some cases triggered decades of recession and stagnation. To this day they continue to have a negative impact on health outcomes, including infant and maternal mortality. Such ruinous policies would never be acceptable under democratic principles.

There have long been calls by civil society and political leaders in the global South to democratise the World Bank and the IMF. At minimum, critics have argued that the leaders of these institutions should be elected in a transparent process. And they have called for a “double majority” system such that significant decisions should require not only shareholder majorities but also member-state majorities. This would ensure that global South countries have a fairer say in the decisions that affect them, and power to block harmful policies.

For decades, these demands have fallen on deaf ears. But this year they received a boost from the UN Secretary-General António Guterres, who, while giving a lecture for the Nelson Mandela Foundation, called for democratic reform of voting power at the World Bank and the IMF. This represents an historic opening, and campaigners should seize it. If we want to have a shot at a fairer global economy, we need to start by decolonising the institutions of economic governance.

Dr. Jason Hickel is an anthropologist, author, and a Fellow of the Royal Society of Arts.  He has taught at the London School of Economics, the University of Virginia, and Goldsmiths, University of London, where he convenes the MA in Anthropology and Cultural Politics.  He serves on the Labour Party task force on international development, works as Policy Director for /The Rules collective, and sits on the Executive Board of Academics Stand Against Poverty (ASAP).

This first appeared on Jason's blog and was recently updated at the author's request to reflect a newer version.

What We Owe to Donald J Trump