North Korea: An Energy Portrait and Its Lessons 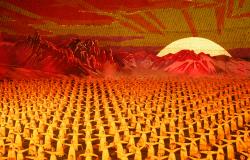 Scott L. Montgomery explores how North Korea's drive to aquire nuclear weapons is bound up with its energy needs.

North Korea is a failed energy state. In 1948 when officially founded, the country was one of the most heavily industrialized nations in East Asia. It produced enough electricity to power nearly all of South Korea and export some to China. A hydropower plant was chosen as the icon for the national flag. Massive damage by the Korean War was largely repaired by the Soviets and Chinese, as well as help from Eastern Europe. The country again grew food using modern agriculture with pump irrigation, chemical fertilizers, and mechanized planting, while operating many factories, chemical plants, and manufacturing facilities.

Little of this exists today. North Korea’s state-controlled economy proved no better, and even worse, than in other communist nations. The country remained highly dependent on external support, from the Soviets most of all. Collapse of the USSR proved calamitous, not least in energy support. Then, in the mid-1990s, massive floods destroyed infrastructure everywhere. Terrible blight and famine followed, with millions dying and falling destitute. International aid was poorly and selectively used. Moreover, lost bridges, broken railways, wrecked power plants, and downed transmission lines restricted what could be achieved. While South Korea advanced to wealth and democracy, joining the OECD in 1996, the North held fast to a broken economic system that put infrastructure repair far below regime preservation. By the early 2000s, the country had fallen back to where it had been 80 years earlier, when the Japanese, in their brutal colonial period, began the initial stages of Korean industrialization.

For North Koreans, the past 30 years have been an era of blackouts and darkness. Where the regime has built nuclear weapons to save itself, it has forgone the benefits of nuclear power. Nor does it have much power from other sources. With the ability to destroy the most advanced cities in East Asia—Seoul, Tokyo, Beijing—the Kim regime cannot keep the lights on in its own capital, Pyongyang.

North Korea is not a hermit kingdom. Its people have long traded with China, its promising students have been trained abroad, and it has sent military advisers to countries in Africa. During and after the famine, its people set up their own local markets for selected goods, mostly from South Korea and China, which today include cell phones, DVDs, media players, and more. This “more” deserves some notice.

Poor people in non-wealthy countries know what we in wealthy countries tend to forget: electricity is the basis for modern life. To get some (or more) of it, North Koreans have been buying cheap solar panels imported across the border from China. Some observers now estimate the country may be the most solar-powered nation on Earth. You do see panels everywhere, in fact, from Pyongyang in the southwest to the port city of Chongjin in the northeast, on roofs, poles (to prevent stealing), buses, lamp posts, balconies, in the windows of apartment complexes, as solar hot water heaters, and so on. In an ironic twist, North Korean entrepreneurs are now making their own panels, “borrowing” Chinese technology.

This may sound like satire. The same country threatening to destroy the world adopts an energy source developed to save it? Nuclear weapons and solar power do not seem like natural bedfellows. One can only imagine their pillow-talk.

But again, it is the people making the solar choice, not the regime. North Koreans have the choice of installing up to 100 watts of solar capacity, costing around $120USD. That’s a lot for the average budget, so most choose a 30-watt panel for about $35. This can charge a cell phone (which most North Koreans now have) or media player. Combined with a battery, for storing its variable power and providing constant output, it can run an appliance like a radio or coffee maker, a few lights, a small tv. To power everything in a modest 100 m2 home (no air conditioning) would require 1,000 watts or more. The electricity dilemma in North Korea will not be solved by solar power.

The country has two small nuclear reactors. One was provided by the Soviets in the 1960s and is used mainly for generating isotopes used in medicine. The other was built in the early 1980s by the North Koreans themselves, based on the UK’s Calder Hall gas-cooled design. It uses natural uranium and graphite, both of which North Korea has. Though good at producing plutonium, it’s not so good at generating electricity. For this, the regime planned to adopt an French G-2 design, also gas-cooled, for a 50 megawatt and 200 MW version. But like the Calder Hall design, this dates from the 50s and was “dual use,” meant to supply both power and plutonium but being much better at the latter. Both designs were abandoned for power plants decades ago. The North Korean regime was surely more interested in the plutonium capability, but construction of both reactors was halted by the Agreed Framework negotiated with the US, which was to build two modern light-water reactors much better at making electricity than plutonium. The agreement collapsed when the US discovered the North Koreans had lied about their plans and were pursuing uranium enrichment. Meanwhile, the 50- and 200MW reactors were degraded by a decade of weather and never completed.

At this point, it is safe to say that the regime has nuclear technology but no nuclear sense. Its decision to pursue weapons has come at the sacrifice of nearly all peaceful benefits related to nuclear energy, benefits that could have saved many lives. The DPRK is proof that having such weapons (along with chemical and biological arsenals) does not make a modern or advanced nation. It creates a state that is hungry, naked, and fearful, with a gun in its hand.

Given that the country has uranium enrichment and plutonium production, it could build civilian reactors and a grid to provide power to the people. Yet this requires much capital and know-how unrelated to weapons. Could Kim Jong Un’s plan involve a turn in this direction? There have been short-term hints that he intends to favor economic development once he feels his security is assured. But don’t bet on it. As often noted, it is in the nature of murderous dictators to bathe in the chill waters of distrust, suspicion, and narcissistic obsession.

And in North Korea’s case, insecurity flows from another source. The DPRK, like its cousin to the south, has no natural reserves of oil. To train, exercise, and keep ready its military, including its missiles and launchers, it must import petroleum. No modern army, navy, or air force can exist without oil, the one energy source for which no large-scale substitutes exist.

Since the death of the Soviet Union, China has supplied the North with limited volumes of gasoline, diesel, and jet fuel. These cargoes have been heavily targeted by recent UN sanctions, in response to the missile and nuclear tests of 2016-2017. More than half of all such fuels were ordered to stop, reducing levels to no more than about 5,500 barrels per day. Far less affected, however, were imports of crude oil. These were frozen at 10,000 bbls/d (3.4 million bbls/year), not reduced.

At present, 90% of this oil flows through a single, “Friendship Pipeline.” The pipeline extends for just 32km, from the Chinese city of Dandong, across the Yalu River border, to an oil depot in the DPRK town of Sinuiju. The oil then goes to the country’s one operating refinery, the Ponghwa Chemical Plant, built in the 70s with Chinese help and carefully maintained, upgraded, and kept operational by the North. As it happens, in a seeming dance of cooperative face-saving, China has several times in recent years responded to international pressure by reportedly shutting off the pipeline, whose oil was then replaced by more Russian oil supplied by sea. Between these two nations, the Kim regime has remained supplied with crude at a low but still survivable level, and while the new sanctions will undoubtedly have an impact (that will affect the population too), there are few signs that the flow of crude oil will radically change.

Why? Neither China nor Russia—but especially China—want North Korea to become  unstable or to fail. They greatly fear what would come next. First, were the North to be incorporated into South Korea, a US ally, there would be the strong possibility of US bases, troops, and military hardware on the Chinese and Russian borders. Second, regime collapse  would bring a flood of poor, desperate refugees across those same borders, above all into China, creating a destabilizing situation all its own. Third, and not least, China and Russia fear what might happen to the nuclear weapons and fissile material in the chaos that would follow  such a collapse.

In truth, the dark vision of such weapons and weapons-grade material falling into mercenary or even terrorist hands should be a source of worry for everyone, everywhere. Certainly, such dread is immediately shared by South Korea and Japan, as well the US, which has over 70,000 of its troops in those two nations.

North Korea’s nuclear capabilities are therefore a threat in more than one way. And they ensure that the nation’s energy situation is a problem for other states too. The idea of applying “maximum pressure,” as the Trump Administration and many experts advise, has itself stopped short of choking off all oil, including that through the Friendship Pipeline.

So North Korea will likely remain a failed energy state but, for the time being, will not be allowed to fail as a state. Said differently, the country’s population will continue to inhabit a land of energy poverty, while the regime, a small elite, and the military demand continued energy support through extortion, direct and indirect. There are more reasons why Mr. Kim may want a nuclear “button” than to taunt and deter the US.

Book Review - Emerging Powers and the World Trading System: The Past and Future of International Economic Law