By Kristian Krieger, Manuela Kropp and Roland Kulke - 05 May 2017 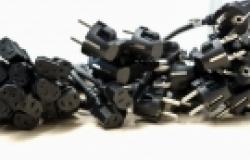 Kristian Krieger, Manuela Kropp and Roland Kulke explore the opportunities provided by the model provided by energy cooperatives in Europe.

Across the European Union, populist parties and right-wing movements are challenging established governments, while the institutions of Brussels are confronted by increasing and highly mediatized Euroscepticism. We argue that the energy sector may hold some unexpected solutions to at least part of the problem. In particular, the emergence of energy cooperatives can be seen as a response to some of the same disempowerment and frustration of citizens. By encouraging isolated consumers into communities of energy producers, distributers and users, these developments create opportunities for better understandings of how institutions can, in some cases, address some of the causes and manifestations of right-wing populism.

Right-wing populism draws its strength from many sources, but most observers will agree that it is a reaction to recent socio-economic developments in many Western societies.

On the one hand, more and more people realize that the promise of Western capitalism, that each of us can thrive based on their own efforts, has turned out to be an empty one, as rising economic inequality and precariousness indicate. Simultaneously, economic and political power in Europe seem to have become ever more concentrated in the hands of organizations and elites removed from the democratic control of citizens. These developments are highly problematic: To actively participate and feel represented in democratic life, citizens must at least have access to resources to sustain themselves, and not live in conditions of precariousness and dependence. Moreover, the concentration of economic resources undermines the public sphere, and equal distribution of resources is important for the functioning of democracy.

Furthermore, people live and work in a society characterized by constant changes and transformations that in turn create multiple insecurities and deplete social capital (Bauman’s liquid modernity). This affects the cultural and social identity of individuals and the vital sense of belonging to a particular group.

Right-wing populism responds to both of these developments: Its anti-establishment rhetoric against corrupt elites offers an outlet for the rage of the disempowered, while the opposition of good ‘common people’ against bad ‘corrupt elites’ – along with a chauvinistic, anti-immigration ideology – superficially creates an "imagined community" à la Anderson.

Turning our attention to the energy sector, we argue that this sector is a microcosm of the context that gave rise to populism more widely. It shows the symptoms of popular discontent in the presence of the same drivers and circumstances. But the energy sector also provides a glimpse as to how to escape this trap, offering responses to the developments at the root of populism that enable citizens to become active participants in democratic life, and that offer an open and more fluid alternative to ethno-national community/sense of belonging.

The energy sector has historically been and continues to be characterized by a concentration of economic power, closed policy-making networks involving economic and political elites, and centralized production and distribution systems. A paradigmatic case for this is the collusion of government and economic elites in the development of the nuclear sector in Western Europe after World War II, but it can also already be seen in the early days of industrialization, where some argue that the shift from hydro- to coal power served the purpose of controlling labour.

At the same time, the energy sector, accounting for a third of the EU’s greenhouse gas emissions, faces a major transformation to phase out energy generation fired by fossil fuels and increase the share of renewables. This structural shift threatens to leave many regions and the close-knit coal miners’ communities in disarray, sending shockwaves through whole communities and societies. Unsurprisingly, populists such as Trump therefore promised to bring back coal mining and set out to reverse some of President Obama's environmental regulations.

However, public concerns in the energy sector are not limited to coal-mining areas or – as seen in the 1970s and 1980s – to nuclear power. Even the promotion of clean renewables, in particular wind parks, has met substantial local opposition. While some have pointed to the not-in-my-background (NIMBY) phenomenon to explain this resistance, others have pointed to the lack of meaningful and fair involvement in siting decisions, and to the ownership of installations by outsiders rather than the local population.

The energy sector's response to these drivers of popular discontent can be found in energy communities or prosumer cooperatives, i.e. organizations through which members or shareholders cooperate in generation, distribution, storage or supply of energy from renewable sources, according to the European Commission. Observers have pointed to the large potential of decentralized self-generation, facilitated by digitalization, the sharp decline in the costs of photovoltaics, and a  favourable regulatory environment (Feed-in-Tariffs, priority grid access, and more).

Three aspects of this energy cooperativism deserve attention: First, the self-supply of energy and the opportunity to generate extra revenue (after an initial investment) allows marginalized social groups to strengthen their economic autonomy vis-a-vis the government and energy suppliers. In addition, the organization as energy communities with joint economic resources strengthens their position on the market and thus creates greater equality in terms of economic power, thus attenuating the feeling of powerlessness vis-à-vis the big energy companies. This obviates the need to confront elites, and allows the diversion of energy into more politically and economically effective activities.

Secondly, energy cooperatives can recreate group identities and communities. Communities, as Bauman says, is a word with a certain feel, conjuring up a feeling of warmth, belonging and comfort, in other words, something positive. By adhering to certain group norms and actively engaging in community business (jointly investing into installations, participating in members' assemblies, recruiting new members, and more), members benefit not only from the protection of joint resources but also from the development of trust and social cohesion.

Thirdly, the internal procedures of energy cooperatives are often strongly democratic, at times developing novel forms of participation. This is important because it provides members of the cooperative an example of the challenges and benefits of democratic procedures, not to mention a realization of empowerment.

Case studies from across Europe underline these three aspects, whether we examine Italy's Solare Collectico and its spin-off Retenergie whose founding rationale includes the opposition against large utilities and economic power concentration or the energy community on the Scottish island of Gigha where the installation of a community wind park and the reinvestment of its revenue into local housing led to a revival of the local community.  Spain's biggest cooperative, Som Energia, holds virtual general assemblies with opportunities to contribute to the debate and cast votes in real time, demonstrating how energy cooperatives – even at a large scale – attempt to find innovative solutions to the challenge of democratic participation and collective ownership.

This is not to say that the sole solution to the right-wing populism challenge can be found in energy cooperatives, or that all areas in which they operate will be freed from the temptation to vote for populists, or indeed that energy cooperatives are the solution to all the challenges the energy sector itself faces. But they do point to a way of reorganizing economic and political life in a manner that enables citizens to gain autonomous income, self-esteem, social security, and also work in favour of a more equal distribution of power in our societies.

This also creates opportunities for the future of the European Union. Rather than being perceived as an agent of globalization and a remote, undemocratic power centre, the European institutions and policy-makers have an opportunity to be seen by European citizens as a source of protection and support, through the promotion of decentralized power generation and the protection of prosumers on energy markets, especially against major incumbents. In this respect, the Energy Union initiative of the European Commission, launched in 2015 is commendable, with its emphasis to put the "citizens at its core, [so that] citizens take ownership of the energy transition, benefit from new technologies to reduce their bills, participate actively in the market, and [..] vulnerable consumers are protected." So are some of the recent proposals on renewable energies and the electricity market design with their recognition of renewable energy communities and energy prosumers as market participants.