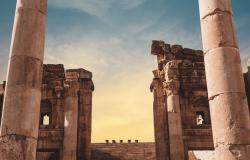 The coronavirus pandemic is yet another case that demonstrates the limits of international collaboration in dealing with global challenges. A reform and strengthening of the UN and the system of global governance should now be put on the agenda. A UN Parliamentary Assembly does not only represent a first step towards a global parliament, it would provide an important layer of accountability in global affairs and may act as an engine for change.

The global coronavirus pandemic brings home the realization that all human beings on this planet are interconnected and share a common home. A virus knows no borders. In the same way greenhouse gas in the atmosphere knows no borders. Global warming and the climate crisis affects everybody, including future generations. But for many this insight is still very abstract. The pandemic, however, makes global interconnectedness tangible at an individual level, in the shared experience of lockdown and loss.

This shared global experience stands in stark contrast to the practice of international politics. The coronavirus pandemic is a global threat but there is no coherent global response. There is a a scale mismatch. The scale and impact of environmental, social, health, economic, financial and technological systems that need to be managed are increasingly global and interconnected, but our political instruments are based on separate nation-states and a spaghetti bowl of dozens of intergovernmental organizations and forums. The UN and WHO are not independent entities with authority to deal with matters of global concern. They are instruments of their member states. When governments are unwilling or unable to support common action, their hands are tied.

For decades there has been broad consensus that institutional reform is needed, in particular with regard to the composition, decision-making and working methods of the UN Security Council. But there is no agreement on an alternative model. The fact that the council has so far been unable to play a role in the pandemic response is another blow to its relevance and legitimacy. At the same time, the UN General Assembly is struggling to remain relevant, amid ritualistic and overly formalized procedures and routines leading to non-binding resolutions that are not often respected.

Even before the outbreak of the pandemic there was talk of a crisis of multilateralism in view of geopolitical tensions, the UN’s liquidity crisis, the withdrawal of the United States from the Paris climate agreement and its boycott of the World Trade Organization’s appelate body for dispute settlements. Then at the height of the pandemic President Trump announced that the US will stop funding the WHO.

Multilateralism may be in a crisis, but going back to the old normal is not enough. Multilateralism is always on the brink of crisis, as it relies on voluntary collaboration. Radical rethinking is necessary. A more lethal virus could break out, either naturally, intentionally, or by accident. The climate crisis has not been checked. The threat of nuclear weapons persists. There is a plethora of global risks and challenges that need attention.

Two years ago, 82 percent of respondents in a ten-country survey across world regions said that the UN needs to be reformed to better address present and future global challenges. 69 percent agreed that a supranational organization should be able “to make enforceable global decisions to address global risks”. This sentiment needs to be translated into popular political pressure. Global institutions must be vested with the power they need to manage global threats and global commons. They need independent legitimacy, authority and funding.

Many workable proposals have been suggested. Overviews can be found in Joseph Schwartzberg’s Transforming the United Nations System, and the book Global Governance and the Emergence of Global Institutions for the 21st Century, published a few months ago by Augusto Lopez-Claros, Arthur Dahl and Maja Groff.

The long-term goal may involve a comprehensive reform treaty negotiated in the framework of a charter review conference that establishes a new world organization and replaces today’s fragmented and weak UN system. An indispensable element of any such world organization would be a global parliament to represent the world’s citizens, as Jo Leinen and I pointed out in our recent book.

The Universal Declaration of Human Rights recognizes the right of everyone to take part in public affairs, directly or through freely chosen representatives. Now that public affairs are global, such as management of the global commons, citizens must claim their right to global democracy.

Intergovernmental bodies, where representation of citizens is intermediated through career diplomats appointed by the executive branches of member states, do not have sufficient democratic legitimacy for universally binding decision-making powers, even if strictly limited to matters of global concern.

They need to be complemented by a parliamentary body, composed of citizen-elected representatives who are accountable to their constituents, not their national government. Global regulation should no longer be left to diplomats, experts and technocrats alone. There should be political evaluation, mediation and accountability. In particular, the need for global taxation to fund global institutions does not work without a parliament - no taxation without representation.

The allocation of seats in a global parliament should correspond to population size. This leads us to a future UN that Václav Havel, the first president of the Czech Republic, advocated twenty years ago at the UN’s Millennium Summit: one that is based on a bicameral system with an assembly of member state representatives and another elected by the world’s citizens.

First steps are possible right now, given political will. Using its authority to establish subsidiary bodies, the UN General Assembly could create a UN Parliamentary Assembly that has rights of information, oversight and participation, without the need for Charter reform or Security Council approval. Instead of direct elections, this assembly, as a first pragmatic step, could be made up of national parliamentarians, including members of the opposition where there is one.

If a UN Parliamentary Assembly existed, it could respond to recent calls for an independent international investigation and look into the causes, responses and lessons learned from the COVID-19 pandemic, including the performance of international institutions such as the UN and the WHO.

The assembly could set up an ad hoc inquiry committee and hear testimony from a variety of international civil servants, experts and civil society representatives from across the world. With public hearings, based on its diverse membership, it would create more transparency and accountability. The lack of adequate parliamentary capacity of this kind at the global level constitutes a major democratic and governance deficit that must be addressed.

What the world is perhaps missing most is an effective engine for political change that helps overcome decades of impasse. We need to build an institutional path that leads to a peaceful, just and sustainable world. A UN Parliamentary Assembly could be this engine.

In her 1965 introduction to a preliminary draft of a world constitution Elisabeth Mann Borgese wrote:

“When foreign affairs, the crushing issues of war and peace in a technologically shrinking, increasingly interdependent world, begin to outweigh internal affairs, and domestic policy becomes largely determined by foreign policy, the democratic process is doomed to be stifled and choked. To be rescued, to survive even on the domestic plane, the democratic process must be carried over from the internal to the international sector. Foreign policy must be internationalized and carried out, not by diplomats representing the executive, but by representatives of the people in international bodies of deliberation.“

Closing borders and retreating behind the walls and fences of nation-states is not a solution – it is a recipe for disaster.

Andreas Bummel is co-founder and Executive Director of Democracy Without Borders and the Campaign for a UN Parliamentary Assembly. In 2018 he published the book ‘A World Parliament: Governance and Democracy in the 21st Century’ (with Jo Leinen).

Photo by Hisham Zayadnh from Pexels

What Has Happened? A Comment on the True State of American Democracy in 2021