How to Open Borders during the Covid-19 Pandemic: Differentiating, Zoning, and Unifying 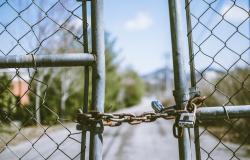 Border closures and travel restrictions were among the first measures most governments took to halt the Covid-19 pandemic. But now, getting the disease under control requires that we think about how the borders can be re-opened.

The coronavirus pandemic has partitioned the globe: Right now, almost the entire world population lives in countries with travel restrictions, almost half of it in countries with full border closures. Within those borders, governments have introduced radical and terribly costly measures to halt the spread of the virus, shutting down their economies, closing many areas of the public life, and limiting domestic mobility. Many countries are still expecting in fear the peak of infections from the coronavirus; others, who are beyond it already, still have a long and uncertain way to go before they will be able to regain the full range of liberties lost due to the pandemic and enter the process of recovery.

At the same time, first successes in curbing it are visible too: Responding to decreases in new infections, some governments begin, step by step, to lift the restrictions. But with the situations stabilizing on a national level, the risks of rendering all the efforts futile through reimporting the virus from abroad may seem unacceptable. This problem will hamper, if not paralyze, the re-opening of the borders. How, then, can countries and regions interconnect again?

New Zealand’s proposal of a Trans-Tasman bubble with Australia offers a glimpse of a solution. Once both countries have sustainably intercepted community transmission of the virus (New Zealand believes to have achieved this already), travel between them may be allowed again – on the condition that both of them rely on the trio of testing, tracing, and physical distancing domestically, while keeping the borders closed internationally.

These two countries are the first to openly contemplate and perhaps even implement this approach, but its core idea was out there before. When European countries imposed lockdowns in the mid of March, my longing for a perspective and pondering ways to overcome the compartmentalization of the world resulted in the Honeycomb strategy.

It rests on a spatial conception of infection situations and distinguishes between corona-infected and corona-free zones that may be comprised of entities such as individuals, families, groups, but also streets, towns, states, and ultimately, regions. The strategy aims at stopping the diffusion of the virus through limiting interactions between uninfected and (potentially) infected and hence, infectious, entities while still allowing interactions between uninfected (or immune) entities.

Gradually, the zones in which the risk of infections can be minimized (through quarantines or testing), can unify, but remain separated from (potentially) infected zones until the latter become corona-free too. With such processes happening in parallel in different places, the corona-free zones will expand, move towards and eventually reconnect with each other.

Meanwhile, a team of French mathematicians and computer scientists has published a more detailed exit strategy that is also apparent in France’s recently announced plans to differentiate between regional departments when lifting the lockdown. The French approach relies on the same key elements that we see in Jacinda Arden’s plan and in the honeycomb idea: differentiating, zoning and unifying.

On the national level, one major difficulty in implementing this strategy will be the unequal treatment of different national regions. On the international level, the problem is even more complex, involving aspects such as trust, reciprocity, capacities, and verification. At the same time, the incentives for cooperation in this area are very high. Moreover, to sketch out how this cooperation may look, we can draw inspiration from the many other fields of international relations where states cooperate, seeing quickly that there is one main ingredient: institutionalization. This is why, in the remainder of this piece, I suggest a treaty-based approach and identify the conditions and instruments that will facilitate it.

First, the states planning to lift border restrictions between them will need to subscribe to the general goal of suppressing the SARS-CoV-2 virus (instead of pursuing herd immunity through infections).

Second, they will have to agree on concrete criteria about what suppression means. Does it mean waiting until they have zero active cases or zero new infections? Or are they willing to tolerate a certain number of new infections as long as it is declining? Which considerations inform these decisions (e. g. medical or testing or tracing capacities)?

Third, they will have to disclose their national suppression strategies (that do not need to be the same among the partners) and demonstrate that they are willing and able to pursue them. This means specifying which of the non-pharmaceutical intervention measures such as case isolations, household quarantines, contact limitations, and workplace and school closures will remain in place and clarifying how they are being enforced. Managing border relations with third countries will also need to be covered as part of the suppression strategy.

Fourth, verification instruments are needed to ensure compliance. These will vary according to the level of reliability of the partners and may include self-reporting, random testing of persons crossing the border or external monitoring and inspections of testing sites, for example.

Fifth, states may need to develop roadmaps that specify time frames, different steps of lifting the restrictions (e. g. allowing certain contingents of travellers or certain kinds of travel) and the conditions that need to be fulfilled before moving to the next level.

Even though most countries are currently preoccupied with getting the pandemic under control within their national territories, it is crucial to keep the international perspective in mind for two reasons:

One, while initial border openings might be agreed upon bilaterally, like in the case of New Zealand and Australia, this is ultimately a multilateral question that will need multilateral responses, maybe even in form of an international regime, negotiating which may take time.

Two, steps taken in order to open the borders may set further incentives to effectively control the epidemic on the national level as well as to actively support containment efforts in resource-poor countries. Thus, addressing the border question early is an important step in combating the Covid-19 pandemic.

Elvira Rosert is Junior Professor for International Relations at Universität Hamburg and at the Institute for Peace Research and Security Policy. Her research is concerned with international institutions and international norms, mainly in the fields of International Humanitarian Law and Arms Control.

Photo by Travis Saylor from Pexels