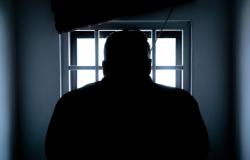 James McBride argues that, in light of climate change, the Rome Statute should be amended to enable the prosecution of corporations and their officers for the destruction of the earth’s ecosystems.

On April 6, 2022, the Intergovernmental Panel on Climate Change released the third and final part of its report, Climate Change 2022: Impacts, Adaptation and Vulnerability. The news was grim. The Report warned, “Any further delay in concerted anticipatory global action on adaptation and mitigation will miss a brief and rapidly closing window of opportunity to secure a livable and sustainable future for all. (very high confidence)” (D.5.3.). 11,000 climate scientists from 153 countries had said as much two years ago, when they stated “clearly and unequivocally that planet Earth is facing a climate emergency.” As climate activist Greta Thunberg asked just last year at Glasgow’s COP26, which she dubbed a “failure” and “Greenwash,” “what will it take for the people in power to wake up?”, concluding that world leaders are simply disingenuous. Her sentiments could be read in the UN General Secretary António Guterres’s statement which accompanied the release of the IPCC report. “Some government and business leaders are saying one thing – but doing another. Simply put, they are lying. And the results will be catastrophic. . . This is not fiction or exaggeration. It is what science tells us will result from our current energy policies.”

Drawn from global research by climate scientists, the IPCC report confirms what many have already concluded. Human-induced climate change has led to “irreversible impacts” beyond the possibility of adaptation. There is at least a 50% chance that global temperatures will rise by 1.5°C in the near term, leading to 3-14% biodiversity loss. Coral reefs will decline by over 70%. Extreme heat events will happen 4.1 times per decade and rising temperatures will affect fresh water availability, e.g, the reduction of Lake Chad, serving 17 million people in the Sahel, which has already shrunk by 90% over the past 60 years. To remain at 1.5°C, carbon emissions will have to be cut by 50% by 2030, at present an unlikely prospect.

At 2.0°C, global warming will have more severe consequences, including the acidification of the oceans, the destruction of 99% of coral reefs, depletion of global fishing stocks, desertification of land masses, decline in the populations of pollinating insects, reductions in farm produce and livestock, increased unavailability of clean water, increased number of famines, heightened likelihood of wildfires, tornadoes, and typhoons, the melting of permafrost, and, by 2100, sea level rise of over 2.5 feet, caused by the disappearance of the Greenland and Antarctic glaciers and ice sheets. Island nations like Vanuatu and Kiribati will be inundated, and sea level rise will swamp the globe’s major coastal cities, including Tokyo, Mumbai, New York, Shanghai, Lagos, Los Angeles, Kolkata, and Buenos Aires. Some 250 million people live below 3 feet above sea level and will be compelled to flee. The struggle over resources will lead to riots, insurrections, wars, and famine, and produce 10s, if not 100s, of millions of climate refugees. At 3.0°C the consequences are almost unimaginable. The human price as well as financial cost will be staggering.

Whether the result of political/economic “realities” or corruption, governments have not reined in the activities of those actors who are the main cause of climate change. Even in the United States, which heralds the most progressive environmental legal regime, criminal prosecutions are rare, though criminal provisions appear in the Clean Air Act, the Safe Drinking Water Act, the Federal Water Pollution Control Act, the Resource Conservation and Recovery Act, the Toxic Substances Control Act, and the Insecticide, Fungicide, and Rodenticide Act. Those few executives who have been sentenced to prison have been officers at smaller companies. The only major criminal conviction of note secured by the U.S. Department of Justice arose from the guilty plea of BP Exploration and Production Inc. for the 2013 Deepwater Horizon spill, resulting in $4 billion in fines and penalties. BP’s profit in 2013 was $23.4 billion. No BP executives were imprisoned. Accordingly, corporate executives, following the logic of “moral hazard” by being largely free from anxiety about criminal liability, include the cost of prospective fines in their calculations of profit derived from activities which jeopardize the environment.

The record suggests that multi-national corporations, particularly those in the fossil fuel industry, operate with relative impunity. Yet, in 2017, the Carbon Majors Report concluded that 25 oil and gas corporate and state entities account for over half of global industrial GHG emissions. The top 100 fossil fuel producers account for 71% of global industrial GHG emissions. Moreover, an investigation has revealed that Exxon knew of the existence of climate change and its link to carbon emissions as early as 1977, yet knowingly engaged in a campaign of misinformation. Indeed, Royal Dutch Shell even made a film, Climate of Concern, in 1991 warning of the dangers of climate change.

Stop Ecocide International has argued that “it’s time to change the rules” by amending the subject matter jurisdiction of the Rome Statute and the International Criminal Court (ICC) to add ecocide as a fifth core crime (in addition to genocide, crimes against humanity, war crimes, and the crime of aggression). Stop Ecocide International defines ecocide as “unlawful or wanton acts committed with knowledge that there is a substantial likelihood of severe and either widespread or long-term damage to the environment being caused by those acts.” Although the ICC may prosecute environmental damage incidental to war crimes (Art. 8(2)(b)(iv)), its authority to move beyond those limited circumstances is open to question, since the Court is barred from construing a crime by analogy (Art.22). Hence, the adoption of ecocide as an independent core crime seems apposite.

To be effective, the amending of the Rome Statute would have to include more than the addition of ecocide. The Court’s personal jurisdiction is limited to “natural persons” (Art. 25(1)) and therefore would require the addition of “non-natural persons” if the prosecution wanted to hold corporate entities criminally liable. Moreover, the prosecution would have to prove the defendants’ mens rea or general intent (Art. 30) to secure a conviction. Fossil fuel companies and their executives undoubtedly would argue that they had no such intent to damage or destroy ecosystems. To hold them criminally responsible, the Rome Statute would have to include both criminal negligence (the accused knew of the harm caused by an action) or criminal recklessness (the accused should have known of the harm caused by an action) as a standard of liability. In light of the seriousness of designated core crimes, the Rome Statute does not deem a statute of limitation appropriate (Art.29) nor, in light of the deaths caused by global warming, should one be applicable to ecocide. Corporations and their officers would be criminally liable for past actions pre-dating the inclusion of ecocide, thereby constituting an ex post facto offense. Although ex post facto law is currently barred by the Rome Statute (Arts. 11(1) and 22(1)), the protection of the environment is a form of customary law, rooted in the 1948 Universal Declaration of Human Rights and memorialized in international instruments since the Stockholm Declaration in 1972 as well as in the national constitutions of many states. Hence, ecocide cannot be disregarded any more than crimes against humanity recognized at the Nuremberg Tribunal, and the prohibition against ex post facto law should be changed accordingly.

Some of the countries that shelter either private or state-owned corporations, which are largely responsible for ecocide, are not members of the Rome Statute, and the Court would not exercise jurisdiction directly over their nationals (including China, the United States, Russia, and India) (Art. 12(2)(a)). However, the Court would have jurisdiction over ecocide committed in the territory of a signatory, even if the defendant resides or is headquartered in a non-signatory nation (Art.12(2)(b)).

ICC prosecutors could target corporations whose activities have caused widespread environmental damage across the globe, but to slow the process of ecocide, documented in the IPCC Report, corporate fines and penalties are clearly not enough. As one commentator has noted, “optimal deterrence requires that prosecutors impose individual liability on managers, including a credible threat of incarceration.” Amending the Rome Statute will provide that deterrence.

James McBride, Ph.D., J.D. is Clinical Professor of Liberal Studies and Chair of Law, Ethics, History, and Religion in Global Liberal Studies at New York University. He is also an attorney in the state of New York.