Book Review – The Politics of Terror 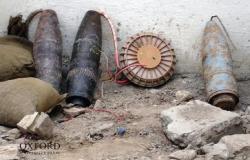 Under the backdrop of the seemingly insurmountable menace of traditional terrorism such as the attacks by Islamic State of Iraq and Syria (ISIS) with modern methods and the rise of far right extremist and Lone Wolf terrorist attacks, this book by Erica Chenoweth and Pauline Moore systemically conducts an exhaustive and holistic analysis of terrorism. The book is categorised into three parts. The first part explores various theoretical approaches and frameworks to understand terrorism. The second part explains the behaviour of terrorists using these theoretical approaches and frameworks. And, the last part discusses aspects of counterterrorism which includes key counterterrorism instruments, the politics of it and finally the ‘end’ of terrorism. What is impressive about the book is that, firstly, it presents multi-disciplinary analyses of terrorism. Borrowing largely from conflict studies and social science, the book goes beyond the mainstream Strategic approach and discusses the Organisational approach, the Psychological approach, Ideological approach, Structural approach and Critical approach. Each chapter, in Part Two of the book, discusses terrorism with these six approaches. While the authors encourage the multidisciplinary approach to terrorism, they also discuss the demerits of it. For instance, though they acknowledge the growing role of psychology in terrorism studies, they doubt its application in the prediction of future terrorist acts, as psychological findings from an individual terrorist may not necessarily be applicable to terrorists in general.

Secondly, the book emphasises an evidence-based method of inquiry. Real life case studies along with relevant facts, both from past and contemporary times, are illustrated in the chapters, which makes the reading not only practically relevant but also interesting and empirically strong. In addition, almost all of the chapters contain a subtitle on practical implications of the topic under discussion.  Lastly, the book is puzzle-driven; every chapter leaves the reader with thought-provoking puzzles and questions, which the subsequent chapter addresses.

The key argument in the last chapter, which is about how to end terrorism, is that the challenge of terrorism can be addressed only with the right mix of both hard and soft power. The authors leave the readers with a thought that “proportionality” (p.406) should be the guiding principle for counterterrorism in “both moral and strategic terms” (p.406). The authors assert that it is the right balance of moral and strategic options within a specific context that is required to end the problem of terrorism. In other words, moral and strategic equilibrium towards containing the challenge of terrorism is the need of the hour. Also, in the third chapter, the book denounces the use of repressive counterterrorism policy as being counterproductive. One of the reasons for this, as the authors explain, is that terrorists take the state as just another competing armed agent in their operating area. This is also supported in Chapter Thirteen, when the authors caution that repressive instruments of counterterrorism could lead to a full-blown war. The authors posit that it is because of vote-bank politics that such repressive policies are still prevalent in democratic states. That is, democratic states choose repressive policies in order to gain support from the majority (based on religion, caste, social class, language, etc.) of the population. Ironically, while discussing structural approaches in Chapter Six, the authors concede that as compared to authoritarian governments it is under democratic governments where terrorism has flourished more from mid 2000s.

Chapter Five is of much contemporary relevance, as it discusses the ideological approach to terrorism. The authors stress that countering terrorism is about winning the war of ideas. They highlight that in countering ISIS, a narrative against the popular and false ideas of ISIS could be used to check its influence among potential recruits. This is in resonance with what Philippe-Joseph Salazar argues in his book, ‘Words are Weapons: Inside ISIS’s Rhetoric of Terror’ (2017).  The emerging problem of Hindu terrorism or Saffron terrorism in India, which is based on Hindu ideology, is also captured by the book.

An interesting read in the book is the chapter on terrorism and social services. Terrorism is identified mostly with violence. However, this chapter departs from that notion and sheds light on the humanitarian aspect of terrorist groups. The chapter explains the puzzle of why some terrorist groups, like Oromo Liberation Front (OLF) in Ethiopia and Fuerzas Armadas Revolucionarias de Colombia (FARC) in Columbia, engage in social service while others like Boko Haram in Nigera resort only to violence and terror.

What is worth mentioning is that the book does not claim to be the authority on terrorism studies. Usually rare in such books, the authors state their position and leave it up to readers whether to agree with their arguments or not. For instance, in their preface, the authors explicitly encourage readers to contest the material of the book and not to take it for granted. Also, while explaining the critical approach, the authors clarify their normative stand towards treating terrorism in certain manner and accept their unintentional biases due to a particular context of their upbringing and exposure. In doing so they identify themselves as “biased observers” (p.213) rather than “biased victims” (p.213). Consequently, the book leans more towards empirical and objective analyses of terrorism rather than subjective and critical analysis.

The book is an excellent guide for those who are interested in terrorism studies, and it exhaustively covers multiple perspectives on the subject with real life case studies and data. However, the book could have included the sociological aspect of terrorism as well. That is, it would be interesting to include discussion on the role of people in forming terrorist groups and how the perception of this influences the response by states on countering terrorism. This has been seldom discussed in the discourse of terrorism, especially in the field of International Relations and Security Studies.  In terms of future research on terrorism, the book is tremendously useful. Both vertical and horizontal research avenues can be explored from the book. For instance, vertically, the acceptability and legitimacy (or not) of repressive instruments to counter terrorism in liberal democratic states could be explored.  Horizontally, new avenues such as non-state oriented governance, as proposed by the authors, could be explored. Overall, the book is must-have for policy research scholars on terrorism, students and practitioners. The book should be complimented for its strong clear structure, sharp arguments and holistic approach.

From Protest to Revolution: France’s and America’s Protest Movements

Oil: Of Misnomer And Miscalculation…