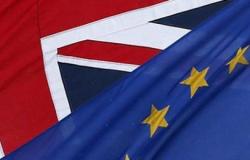 International Media Centre – G20 Hangzhou Summit. Earlier this year Britain held a referendum on its EU membership, and voted to leave the European Union, though the decision was far from unanimous. As the consequences of this referendum remain somewhat uncertain, Theresa May faces some serious challenges during her first international summit as the UK’s prime minister at the 2016 G20 Leaders Summit in Hangzhou, China.

Based in the G20 Media Centre in Hangzhou, the GLI team has received many questions from the Chinese media about the future of the relationship between China and Britain. This is potentially a direct consequence of building tensions regarding the Hinkley nuclear project. May has delayed making a decision on the £18.5bn project’s go-ahead due to national security concerns regarding Chinese involvement within Britain’s energy infrastructure. May’s comments during her journey to the G20 Summit have led to questioning of whether she trusts the Chinese government, a result which has clearly filtered through to conversations within the media centre. The prospect of a post-Brexit Britain could have opened the door for new trade agreements with China, but this looks unlikely whilst tensions between the two countries remain high.

May has sufficiently avoided the issue of Hinkley so far, stating that she will further delay decisions on the project until later this month. May is instead prioritising the need to reassure other G20 members that the UK is ‘dependable’ and will ‘continue to play a bold, confident and outwards-looking role as it leaves the EU’. The challenges faced are already being realised at the summit, with Obama stating that US trade relations with the UK would not be a priority. Obama has not shifted on his position that the UK would be stronger within the EU, placing even more pressure on May to strengthen relationships with other G20 members. China seems more focused on its Bilateral Investment Treaty (BIT) with the USA, something the Vice Commerce Minister of China stressed as ‘the most important economic issue between the two countries’ his pre-summit press conference meeting. Therefore, cooperation with post-Brexit Britain may well get pushed to the bottom of the G20 agenda.

Japan, a key business partner of the UK, has also voiced its concerns regarding the future of business Japanese investment in the UK. The Japanese government has issued a document in which it states a series of concerns associated with the exit from the single market and the impact this will have on Japanese business. The document also mentions a series of requests by Japanese businesses for a post-Brexit Britain, including the maintenance of free trade, unrestricted investment and consistency between EU and UK legislation. Japan has warned May that Japanese corporations would consider exiting the UK if they lose the possibility of interacting with EU markets from their UK headquarters. Moreover, the document addresses the EU, requesting that they be prepared and ready to welcome Japanese investment.

Finally, the issue of what Britain’s imminent exit from the EU means for climate change mitigation is sure to be a pressing one in the coming years. Up until now the UK has been subject to EU regulations on the environment and climate, but upon its departure it will not be tied to the same commitments. Global leaders are sure to seek reassurance from the UK that it still intends to uphold as strong a commitment to combatting climate change as the EU, which has reaffirmed its position to the G20 at Hangzhou. In addition, leaders may seek confirmation that the UK will not devolve into a protectionist state with little concern for issues beyond the scope of national politics.

Attending your first high-level summit would be enough of a challenge to somebody with no experience of this kind of diplomacy, but in the febrile post-Brexit atmosphere, it may prove to be Mission Impossible for May.