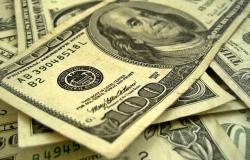 Sukhayl Niyazov examines the ambiguous implications of the dollar’s dominant status that forces Washington to choose between nationalist and globalist approaches to international affairs.

The US dollar is the world’s dominant currency. Its position is one of the quintessential pillars of the US’ global primacy. It reflects the faith in the long-term reliability and stability of its economy and signals the paramount role it plays in absorbing global trade and capital imbalances.

The dollar’s primacy and the central role the US economy has played in the decades following the end of the Cold War have significantly facilitated Washington’s enforcement of a rule-based international system. The dollar helps Washington more effectively exercise its political power and provide global stability.

In the words of David Fickling, “The extraordinary power of U.S. sanctions depends on the dollar’s role in global trade. In previous spats with Tehran, Washington never managed to cut off the flow of Iranian oil to foreign countries. This time around, even key customers such as India and South Korea are standing down for fear of falling afoul of the U.S. government, thanks to the Swift payment network last November bowing to Treasury pressure to cut off Iranian banks.”

However, when countries feel that Washington abuses its power, they seek disentanglement from US-based networks of financial and economic interdependence.

Since President Donald Trump took office in 2017, he has been promoting his “America First” agenda by extensively using weapons of economic coercion, such as sanctions, tariffs, and constraining access to dollars. As it might be expected, the overt weaponization of the US dollar’s central role has precipitated resentment among adversaries and allies alike.

Washington has recently reinstated sanctions against Iran after withdrawing from the 2015 JCPOA (commonly known as the Iran nuclear deal) and threatened to impose secondary sanctions on the Belgium-based SWIFT (global financial network) in order to completely shut off Iran from the dollar-based financial system.

At risk of the US sanctions, SWIFT backed down to the Trump administration’s demands — but the EU, realizing the unreliability and unpredictability of the Trump administration, has recently launched an alternative payments system (INSTEX) to evade American punishment when trading with Iran. As French Finance Minister Bruno Le Maire said, “I want Europe to be a sovereign continent, not a vassal, and that means having totally independent financing instruments.”

India is also not happy with sanctions as it needs Iranian oil, so it devised a new system that circumvents US-imposed sanctions and trades with Iran in rupees and euros.

Meanwhile, Russia is intensifying its efforts to wean its economy off the dollar – not because Putin wants to become more independent from the US and undermine its power, but because Washington forces the Kremlin to give up the dollar . Russia’s central bank is diversifying its reserves from the dollar in order to make the Russian economy less vulnerable to American sanctions. Moscow is also collaborating with Beijing to increase the share of bilateral transactions traded in Russian rubles and renminbi.

Excessive manipulation of the dollar’s dominance is a self-defeating tactic because in the long run, it will strengthen other countries’ incentives to extricate themselves from the US, thereby diminishing Washington’s ability to impose its policies around the globe and endangering global stability. The White House's tactics diminish America’s political clout and stability of the international order in the long run - albeit whilst serving as a powerful leverage in the short term.

There is, however, a deeper problem with the dollar. If we take into consideration not only political but also economic reverberations of the dollar’s position, the debate becomes much more ambiguous. Even though the dollar’s supremacy accrues considerable political advantages, its status is detrimental to the US economy.

The dollar is a dominant currency because central banks, governments, and investors accumulate dollars for international transactions and because savings glut states need to export their excess savings - which they accomplish by acquiring US assets. As a result, the US runs a capital account surplus and corresponding trade deficit, by definition of the balance of payments.

The dollar’s position as the dominant reserve currency imposes an “exorbitant burden” on the US economy by forcing the US to run current account deficits. Trade deficits result in the increase in debt, which is needed to finance the trade deficit and mitigate the consequences of unemployment that follows domestic producers’ inability to compete with foreign producers. Importantly, the dollar’s primacy also leads to the accumulation of instabilities in the financial system by fueling asset bubbles, like during the 2008 global financial crisis (since large trade deficit is accompanied by large capital inflows, excessive foreign investment distorts market forces and increases the value of assets, leading to the creation of financial bubbles).

As US Secretary of the Treasury Henry H. Fowler has put it, "Providing reserves and exchanges for the whole world is too much for one country and one currency to bear."

The US is forced to choose between either holding the world’s dominant currency with concomitant political influence or running trade surpluses to the benefit of its economy.

On the other hand, however, the US dollar allows the White House to prop up the liberal, rule-based international world order, establish justice and ensure global security, counter financial fraud and crime, punish states that are guilty of violating human rights or international law by restricting their access to dollars and the US financial system.

Encouraging the world to diminish the role of the dollar in global trade means a less stable, peaceful, and democratic world order. North Korea and Iran were partially cut off from the international financial system due to US sanctions, thereby undermining their ability to wreak damage and infringe on international law. After the 9/11 attacks, Washington utilized the dollar’s dominance to curb financing for terrorist organizations like al Qaeda. And recently, the US was able to punish Russia-based telecom company MTS because it engaged in bribery and corruption in Uzbekistan. If it had not been for the dollar’s dominance, the US would have been unable to tackle crime and fraud as effectively.

D. Trump’s policies have been incentivizing the world to disentangle from the dollar-centered financial networks – although Trump’s approach leads to the long-term decline of the US political power, the diminished role of the dollar in international trade would bring advantage to the US economy. Hence, Donald Trump’s nationalist foreign policy is aimed at reducing the global standing of the US dollar to serve the American economy.

Undoubtedly, the displacement of the dollar will bring about positive changes to the US economy. However, the US cannot kill two birds with one stone. There is a profound choice — either the economic prosperity of the US or the safe and stable world order. For years, the US globalist policies have ensured that the dollar will remain a dominant currency and it has since gained considerable faith and confidence around the world.

If Washington, regardless of potential political costs, undertakes measures that will force the world to give up the dollar, such as restricting or taxing capital inflows, forcing East Asian states to implement policies that would lower their savings rate, and facilitating a greater global role for euro, yen, and renminbi, the rest of the world will face significant economic costs. For only the US economy and financial system are open, flexible, and developed enough to withstand long-term pressure from global distortions like a global savings glut and only they can accommodate such large trade deficits for decades.

Thus, the current status of the US dollar as the most widely used currency symbolizes the clash between globalism and nationalism. A stable world order underpinned by American political supremacy requires the global dominance of the dollar, whereas the economic prosperity of the US requires ending or at least reducing the dollar’s role.

Washington should strike the balance between the two; for prioritizing one over another inevitably means that important aspects of the US policy are condoned. An overly globalist approach, which encourages extensive international use of the dollar, harms the US economy, thereby endangering America's stability and prosperity. At the same time, Washington must retain some part of political power that is derived from the dollar’s role, for the security of US depends on successful foreign policy and the viability of the liberal world order.

Sukhayl Niyazov is a student at the School under the Embassy of the Russian Federation in Greece. He is a writer for publications Towards Data Science and Data Driven Investor and has a Top Writer Status at Medium.