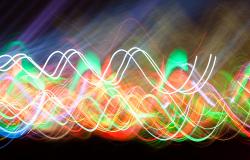 Scott Montgomery on why nuclear fusion deserves our attention.

In the 1970s, when I was a graduate student in geosciences, the long-term future of energy had a single name: nuclear fusion. Physicists cautioned, however, this future might be 50 years off. Four decades later, after I’d left the energy industry and begun a career as an author and professor, that same forecast still stood, now as an ironic cliché. Fusion, it seemed, would forever haunt a distant, misty horizon.

No longer. Thanks to advances in physics research, materials science and supercomputing, scientists are building and testing multiple fusion reactor designs. About a dozen fusion startups with innovative ideas have the private investment they need to see what they can achieve. Still, it remains a bit early for beerhall revelry, and not only for technical reasons.

The Problem of Breakthroughs

Few things can erode faith in a new technology like the failed promise of “breakthrough.” In the early 2000s, hydrogen was widely celebrated as a near-complete solution to the world’s energy problems and climate change. When the hurdles turned out to be far greater than advertised, the concept of a “hydrogen economy” was quickly forgotten and today seems largely the province of dust and failed dreams.

Part of the problem is that a breakthrough in the lab doesn’t mean an innovation in the marketplace. For nuclear fusion, 1994 saw “a major milestone,” when the test reactor at Princeton set a new record for peak power of 10.7 megawatts (MW), cited by the New York Times as “enough to power 2,000 to 3,000 homes momentarily.” Scientifically, the 1994 event had great importance; then it was topped in 1997. Yet these advances hardly promised a power reactor just around the corner.

To be sure, fusion hopes had been stained by the Cold Fusion debacle of 1989. But the tendency of either scientists or journalists to over-hype real progress, whether in the hope of attracting funding or readers, was not good for public support.

Today, in fact, there are various media reports suggesting again that a period of major progress is underway. While we might be forgiven for any initial skepticism, such progress is real and impressive, particularly in terms of scientific and engineering research.

Before reviewing some of these, it makes sense to ask why many scientists have continued to be drawn to nuclear power, both fission and fusion. Simply put, it is the spectacular amount of energy they offer: Uranium-235, the main fuel in fission reactors, has 2 million times the energy content per unit mass of oil, with fusion increasing this by a factor of 7 or more. This effectively means that a commercial fusion reactor would generate orders of magnitude more electricity per unit mass of fuel or per unit area of land (power density) than any non-nuclear source. Most renewable technologies today, particular for wind and solar power, are on the other end of the scale, at a tenth to as little as a hundredth of the power density of coal, which is itself only about half that of oil or natural gas.

Given the fuel for fission is extremely abundant, just as it is for fusion, failure to pursue these colossal non-carbon sources would be colossally self-defeating. Such is how fusion proponents view the situation. Personally, I find it difficult to argue.

The process of fusion presents many challenges, however. In stars, which are made of plasma, fusion takes place because of immense gravitational forces and extreme temperatures. On Earth, creating similar conditions has required fundamental advances in a number of fields, from quantum physics to materials science. Supercomputing has helped enormously, allowing researchers to precisely model the behavior of plasma under different conditions. But this had to wait for major progress in computing power and modeling capability. Each decade has seen progress. But it is only since the 1990s that success with the target reaction (using deuterium and tritium) has been truly significant, such that a reactor able to generate a net positive amount of energy now seems possible in 20 years, not 50.

There are two reasons to be optimistic about fusion right now. First, large-scale reactors have been built and are being built. Second, a variety of fusion startup companies have formed, with the aim to build smaller reactors that would be cheaper, easier and quicker to construct, and possibly amenable to several designs or more.

Large reactors are the donut-shaped tokamak and the more complex, twisted donut stellarator. Each has its advantages and limitations, but both are progressing with plans to achieve major goals before 2040. “Tokamak” is a Russian acronym for a Soviet invention of the 1950s that was designed to confine and compress plasma in a powerful magnetic field. Such compression of a deuterium-tritium plasma at extremely high temperatures, roughly 100 million degrees Centigrade, causes fusion to occur.

ITER (International Thermonuclear Experimental Reactor) is a collaboration of the EU, India, Japan, South Korea, Russia, China, and the U.S., now in the construction phase at Cadarache, southern France. The project is spending $20+ billion to complete a reactor by 2025. This will be a testing site to prove the viability of controlled fusion for commercial energy, in part by determining the exact conditions needed for a sustained reaction. The ultimate goal is to generate 500 MegaWatts (MW) from an input of 50 MW by 2035. Such would be a massive step foward—a breakthrough in every sense of the word—and confirmation that fusion is indeed a feasible source of clean energy on a large scale.

Much criticism has been leveled at ITER, perhaps predictably. Its costs have more than doubled over the past decade, and the fact that it will be an experimental machine, not a commercial one, has been viewed as wasteful, its timeline too long to be helpful for dealing with climate change.

Such attacks miss a number of key points. First, in the context of energy projects today, it is absurd to call ITER “too expensive.” Fusion technologies seek an entirely new non-carbon energy source for a world that needs to move away from fossil fuels but will require many decades to do so. A sum of $20+ billion from dozens of the wealthiest nations (average <$1 billion per country) comes in at half the cost of a single natural gas facility like the Wheatstone LNG terminal in Australia ($45 billion). Second, fusion proponents learned a potent lesson from the beginnings of nuclear power, which was rushed into commercial use before adequate study could be made of reactor designs, fuel types, materials options, and more. Time is needed for such a complex source to assure knowledge, which in turn will raise quality.

For the stellarator, meanwhile, the most advanced versiont is the Wendelstein 7-X in Germany. It is a government-funded project of the Max Planck Institute for Plasma Physics. Costing $1.45 billion, the 7-X is meant to establish its own suitability as a future reactor design and also to provide results supporting the work at ITER. Operating only since 2015, it has already performed important tests toward its aim of generating a steady-state plasma for up to 30 minutes without thermal damage to any part of the reactor.

Meanwhile, nearly a dozen startups are designing other types of reactors of smaller size they say can come online long before any large-scale designs. This includes firms like TAE Technologies, with backing from the late billionaire Paul Allen and Goldman Sachs, General Fusion, supported by Amazon-founder Jeff Bezos, Commonwealth Fusion Systems, a spin-off from MIT, and Helion Energy, funded in part from NASA and the U.S. Department of Energy. Other company examples include LPP Fusion, Tokamak Energy (UK), and a project, Compact Fusion, of Lockheed Martin, the aerospace firm, with ambitions for ship, air, and space propulsion.

These companies are working on a number of different reactor/power plant designs, some focusing on the tokamak or stellarator, some not. For example, Commonwealth Fusion Systems aims to use especially powerful magnetic fields to generate fusion in smaller-sized tokamaks.

General Fusion, on the other hand, has designed a spherical reactor in which plasma is surrounded by liquid metal and compressed with pistons to cause a burst of fusion. Resulting  heat would transfer to the liquid metal, which in turn would be used to generate steam and spin a turbine generator.

Startup proponents insist that they will be able to build a working reactor long before and far more cheaply than projects like ITER. The reason isn’t only size. Lack of bureaucracy and red tape, lean operations and direct control over manufacture of components are cited as factors that will make these firms more nimble, able to move rapidly from drawing board to actual construction. This has already been proven in several cases, to a certain degree. It stands in direct contrast to the multinational complications and political uncertainties that have plagued and delayed ITER.

Yet the fusion landscape should not be either/or. Nor should it be at its own throat, so to speak. Right now, funding for ITER does not compete with that for startups. Moreover, if and when the technology is proven, reactors both small and large will be needed. Future energy needs will be vast, and different reactor designs for different scales and uses would make eminent sense.

Bigger questions are likely to loom from some quarters. Is it logical to develop a new energy source when existing non-carbon options like wind and solar and related storage capabilities are being scaled up? Fusion proponents must convince their funders around the world that it is. Also unclear is whether fusion will prove a competitor or a (friendly) sibling to advanced fission power, now in a new era of expansion in developing nations. Renewables and nuclear are non-carbon technologies that exist today and are growing—would fusion arrive as their replacement? Will its costs require that governments support it directly and permanently, as they have for fission in most countries that use it?

There will always be those who say monies spent on fusion could have gone to a better place, like renewables. Yet this table can be easily turned. If the roughly $3.5 trillion invested in renewable power since 2000 had all gone to nuclear, then coal- and oil-fired power plants could well have disappeared from the Earth. And if that same money had been given to fusion research, perhaps a working reactor would be in clear sight. If the issue is whether nations should invest in a new non-carbon technology with vast potential, then renewables certainly provide the answer.

Beyond any doubt, the world is rich enough to support the advancement of a future energy source with so much long-term promise. Together, the wealthiest 15 nations have military budgets that total nearly $2 trillion per year. Little need be said as to whether some of this immense capital might be directed to more life-giving enterprises. Moreover, these same nations, as well as investment firms and billionaires, already appear convinced that fusion is worth some amount of consistent support. Indeed, the dream of true solar power on Earth now appears unlikely to remain a dream. As one researcher I spoke with recently put it: “Renewables are a good start, and we need them. But why settle for sunlight and its effects in wind and water, when we might have the Sun itself?”

An earlier version of this article appeared in The Conversation.

Solar Geoengineering, Compensation, and Parametric Insurance: Insights from the Pacific