The Future of Business, Peace and Human Rights in the Donald Trump Era 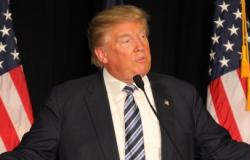 Jason Miklian explains what the election of Donald Trump means for the future of peacebuilding as the world takes an illiberal turn, and how businesses can carve new roles at the frontiers of human rights and peace.

Seated in a packed Oval Office while surrounded by nodding aides, a smugly confident Donald Trump signed an Executive Order on 27 January banning citizens from seven Muslim-majority states just one week after becoming President. The new policy quickly became a lightning rod that epitomized everything that Trump’s detractors feared of him: walling off the world, scapegoating Muslims, and ushering in a simplistic, reactionary view of the international community and the role of the United States in it.

Thousands of people with valid visas and U.S. residencies were hopelessly stranded in transit across the country like a dystopian live-action remake of The Terminal, and a constitutional crisis loomed as border officials ignored court orders that struck down the ban as unconstitutional and illegal. A human rights disaster quickly unfolded as families were torn apart and some U.S. Border officials also targeted U.S. citizens of color. The outcry from the populace and Democratic politicians was predictable, but a new faction also reared its head in vocal protest: business leaders of the formidable U.S. technology sector.

CEOs of firms including Apple, Google, Facebook, Amazon, Uber, eBay, Tesla and Reddit all issued public statements of varying weight against the ban. Notably, all of these companies were themselves founded by 1st or 2nd generation immigrants. As Silicon Valley toys with playing an adversarial role for human rights, development and peace, it gives businesses a new chance to show why promoting democratic values and policies are good for business, good for peace, and essential to maintain the US profile as a beacon of liberal democracy in a time of potential decay.

Companies have enjoyed a remarkable turn of fortune in the realm of peacebuilding and human rights. Businesses were once pariahs in conflict areas, presumed to do little but make wars worse. Now, peace and development actors like the United Nations, World Bank and aid organizations actively seek firms out as peacebuilding partners to harness their local expertise and powerful societal roles. Forward-looking international firms have responded by institutionalizing peace, democracy and human rights issues through philanthropy, Corporate Social Responsibility, or sustainable operations.

But we sit today at a key inflection point for this agenda. Trump’s election is emblematic of growing global anti-globalization and authoritarian trends. The embryonic Trump Doctrine will strain global democracy and human rights agendas in a way unparalleled since the end of the Cold War. Trump's skepticism towards the United Nations and human rights ‘globalism’ and attraction to 'strong' leaders signals the withdrawal of a New World Order that saw the US as the world's chief proponent of democracy and human rights, if in theory less so than practice.

Despite Trump’s camera-friendly ability to generate policy panic, momentum toward illiberal democracy has been building for a decade, especially within rapidly developing low and middle-income states. Elected leaders with authoritarian bents in places like the Philippines and India have been emboldened to upend democratic norms like Russia and Turkey did. The growing prominence of Global South businesses in conflict and crisis regions accelerates such transitions, strengthening illiberal power at the same time as international watchdog capabilities are reduced.

International business has at least as much to lose as the citizens they sell to in illiberal regimes, especially if a spiral of reactionary tariffs leads to a more insecure, more conflict-ridden, and less profitable world. Worse, the US will likely shift from an active to passive player in international peacebuilding, human rights and development. Funding for development and aid organizations such as the US Agency for International Development will likely be much more explicitly measured by ‘national interest’ than before, potentially including the elimination of divisions like the Peace Corps entirely.

US retreat also means removing the sovereign cover that peace organizations have long enjoyed, creating a chilling effect when it comes to speaking out against rights abuses. The precise amount of US funding cuts to the United Nations and other multilateral organizations is headline-grabbing but ultimately less relevant than the new direction that Trump’s inward turn signifies, which is unlikely to promote human rights or liberal interventions. Another jarring consequence is that the informal global framework for international peacebuilding will dim. Less-powerful states and non-governmental organizations will likely have neither the capacity nor political will to alone undertake risky endeavors to stop rights abuses or aggressive conflict actors. Or as illiberal leaders often put it, challenge "non-interference in internal affairs".

Who can fill this vacuum? Businesses can be peacebuilders under the right conditions, and global corporate penetration is already so entrenched in every market of the world (save North Korea) that their presence already exceeds that of peacebuilders. While heroic corporate leaders can act nobly in the face of atrocity, ‘everyday CEOs’ who have previously committed to liberal democracy tenets are vital now. Meanwhile, proposed rollbacks of regulation meant to prevent extractive firms in particular from operating unethically overseas mean that self-policing will become more common despite firms previously using this very system to cheat the system and cause conflict. The business community thus faces a moment of truth - will it stand up as promised to authoritarian and illiberal regimes by pushing pro-democracy and civil liberties legislation, or will this be another case of business as usual?

While business efforts for peace have traditionally meant firms ‘doing good’ in fragile foreign areas of operation, the domestic role for businesses in peacebuilding is fast becoming an essential arena for peace-positive change. This is especially true for large Silicon Valley technology firms that vociferously claim to make the world a better place across borders and between peoples. And the unprecedented level of corporate blowback by tech firms to Trump’s ‘Muslim ban’ could signify a new dawn for corporate engagements in human rights.

Of course, strong statements are nice, but driving policy change is a more nuanced endeavor. Several tech CEOs are uniquely positioned to have Trump's ear, given his predisposition to engage with likeminded wealthy entrepreneurs over traditional government or policy actors. For example, Trump’s Economic Advisory Council includes Tesla founder Elon Musk, Uber CEO Travis Kalanick and the heads of Pepsi, General Motors, JPMorgan Chase, Disney, Wal-Mart, and IBM, among others – but none have spoken out against the ban. Entrepreneur Peter Thiel befriended Trump when he was a candidate, and Musk claims that he is “Trump’s voice of reason”. And some tech titans are much more right-leaning than assumed, typified by Thiel, who claims: "I no longer believe that freedom and democracy are compatible."

But the courage needed to create significant business inroads for peace and human rights is tempered by the responsibility that CEOs feel to their business interests. The Apple, Amazon, Microsoft, Hewlett Packard, Intel, and Google statements were all softened by calls to ‘work together’ with Trump towards a solution, oftentimes by highlighting personal connections with the Trump White House. It’s also become a battleground for customers, as ride-sharing app Lyft gave $1 million to the American Civil Liberties Union after Uber replied tepidly to Trump’s ban. Likewise, of the few non-tech Fortune 500 firms that have spoken out, two are Ford (competitor to General Motors) and Goldman Sachs (competitor to JPMorgan Chase).

Facebook founder Mark Zuckerberg’s statement was typical of firms with close Trump ties, stating “I’m concerned about the impact of the recent executive orders signed by President Trump, (but) I’m also glad the President believes our country should continue to benefit from people of great talent coming into the country. I hope we find the courage and compassion to bring people together and make this world a better place for everyone.” It’s a mealy-mouthed response by a company with a long-standing mission statement dedicated “to make the world more open and connected".

Moreover, hoping that CEOs can somehow “save the country” from Trump’s excesses is a fundamentally misguided proposition. Even for something as odious as the immigrant ban, the most forceful corporate human rights statements were also steeped in self-interest. For example, the H-1B visa program brings hundreds of thousands of talented skilled workers into Silicon Valley, so tech firms prioritized limiting any potential H-1B restrictions that might harm employee welfare. Despite the narrow vision, tech firms have spoken out in ways that other Fortune 500 CEOs clearly did not, whether due to being “scared out of their minds about being attacked by Trump,” supporting the ban, or other strategic reasons.

A more courageous approach was taken by Starbucks, which responded to the ban by promising to hire 10,000 refugees across its operations in 75 countries. This is a significant business activity for peace, as it intends to make a positive human rights contribution, is implemented through operations, and most importantly is an action that risks negative consequences regardless of the success of the program itself or the public relations sales bump (or protest damage) that it may provide. Businesses are often viewed cynically when they visibly attempt to better society - and rightfully so - but the Starbucks model of leveraging commercial clout to speak out against powerful illiberal actors might portend the future of business and peace.

Rushing to reward corporate actors simply for speaking out against one of the most polarizing and dysfunctional American presidencies in history is premature, but ethically engaged firms should be recognized for supporting peace and human rights as they risk political and financial backlash. And as any peace practitioner can attest, the work of peacebuilding and human rights promotion can be back-breaking, and half-measures are rarely more helpful than doing nothing at all. Research tells us that those business actions most likely to be peace-positive are those that require significant political courage, so if firms truly wish to support equality, diversity and peaceful liberal societies, speaking out loudly and forcefully against illiberal leaders is a promising first step.

Jason Miklian is a Senior Researcher at the Peace Research Institute Oslo.

Why a Narrative of the #PandemicOfTheUnvaccinated Risks Prolonging the Pandemic

The Enemy Within? Anti-Rights Groups and Restrictions on Civil Society