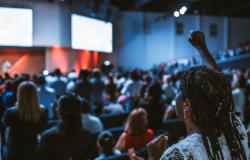 Amine Bennis highlights here how thematic diplomacy is an effective tool for middle powers to both increase their influence and promote shared interests with smaller states.

A key feature of the diplomacies of middle powers is the promotion of international policy tasks through multilateralism. They do so by acting as mediators, facilitators or bridge-builders, and by serving as intermediaries between great powers and smaller states. They often exercise international leadership on certain issues in cooperation with other states or through international organizations. Such action aims to cater for their own limited human and financial resources, but also those of other countries sharing similar interests and positions. Thematic diplomacy can help fulfill this role of intermediary between great powers and smaller states. This is of even greater relevance in the current context where global issues affect both middle powers and smaller states therefore requiring coordinated multilateral responses.

The concept of thematic diplomacy - Middle power diplomacies have to address the logistical and financial challenge of establishing a diplomatic network requiring the opening of embassies in various countries to strengthen diplomatic relations. In parallel, they pursue an ambitious foreign policy agenda in the international arena. A growing number of middle power diplomacies are formalizing diplomatic policies and, in some instances appointing an ambassador - a "thematic ambassador" - as a complement to state diplomatic representations, to promote shared thematic interests with allied countries. The scope of this diplomatic action can be significant depending on the nature of the interests (economic, political, cultural…), and combine the promotion of national interests with those of allies. Thematic diplomacy is multilateral by nature and focuses on a specific theme.

Special envoys and assistants - Thematic ambassadors differ from special envoy. The latter hold their legitimacy from specific expertise or experience and their appointing authority (the head of state of a superpower rather than a middle power), and often constitute a response to an emergency context or a crisis. Additionally, they can be perceived as exclusively pursuing a national foreign policy agenda rather the interests of a coalition of states. The USA have a longstanding tradition of appointing, on a punctual basis, a presidential special envoy in charge of providing efforts to solve a conflict (Middle East, North Korea, Ukraine…). Thematic ambassadors are also distinct from special assistants to the United Nations Secretary General. Such high-level diplomats act within the framework of an inter-governmental and multilateral institution to perform a punctual mission conferred by the UN Secretary General, frequently in a peace-keeping mission.

The Dutch experience in the water sector - A more relevant example is the appointment in 2015 of Henk Ovink as the first Special Envoy for International Water Affairs for the Kingdom of the Netherlands. Ovink works for the Dutch Ministries of Foreign Affairs, Infrastructure and Water Management, Economic Affairs and Climate Policy, and Agriculture, Nature and Food Quality. He also holds the title of Ambassador. His mandate focuses on helping third countries with water-related problems like flooding or drought. But it is twofold. On the one hand he represents the Dutch government at the international level on issues relating to flood protection and water security, leveraging on the expertise of Dutch businesses or knowledge institutions, and also represents the Dutch water sector, presumably with a view to promoting the Dutch water industry.

On the other hand, he uses his expertise to work in partnership with foreign public authorities, businesses, research institutions, civil society organizations, and embassies and consulates in the areas of research policy cooperation and water projects investments. His mission goes both towards the promotion of Dutch domestic interests in the water sector but also international water policy tasks in multilateral settings. Thus, in September 2018 he provided technical support to South and Southeast Asian regions that are vulnerable to floods. Earlier, in 2013, he assisted Shaun Donovan, then US Secretary of Housing and Urban Development, to rebuild resilient housing and infrastructure destroyed by the hurricane Sandy.

Morocco’s advocacy for the African continent - Morocco has taken a lead role in advocating on behalf of African migration issues. King Mohammed VI speeches of 6 November 2013 and 20 August 2016 help understandings of Morocco’s migration policy as they expressly aim to position the country as a Euro-African mediator of migration governance. Striving beyond the security-exclusive approach, such "migration diplomacy" targets various goals such as the better management of migration flows, strengthening the rule of law, compliance with international commitments and an ambition to become a continental mediator.

This multilateral action saw two recent initiatives that highlight how a middle power diplomacy can endorse thematic diplomacy to serve the interests of a larger group of countries. The first was the hosting of the Global Compact Initiative in Marrakech in December 2018. Morocco took a lead role during the conference for which it was designated by the African Union as the rapporteur for the African agenda and then elected as conference chair. It also submitted the African Agenda on Migration during the conference which included the creation of the African Observatory for Migration and Development (OADM).

The second initiative was the agreement between Morocco and the African Union to host in Rabat the OADM headquarters. This agreement provides, amongst others, the gathering of data, exchange of information and coordination between African countries, and the coordination of African national policies on migration. Some analysts described Morocco’s lead role on the migration agenda as constituting a "soft power" element to its foreign policy and diplomacy. Morocco’s advocacy role on behalf of the African continent on migration issues fits well with thematic diplomacy.

Thematic diplomacy is an effective solution for both middle power diplomacies seeking to strengthen their influence in the international arena, and smaller states in need of representatives to advocate on their behalf vis-à-vis stronger powers. In a multipolar world order, it can act as a security layer to preserve the interests of smaller states. It also provides a tool to address challenges of international affairs, especially when middle power diplomacies and smaller states are involved in international multilateral negotiations, such as fighting against climate change and pandemics, promoting renewable energies, preserving rare earths, or sustainable debt management.

Amine Bennis is a legal counsel in an international organization. He specializes in development finance and regularly publishes on topics relating to international relations and diplomacy. He writes here in a personal capacity.

Photo by Luis Quintero from Pexels