The Worry of Governance: Coronavirus and Emergency Politics 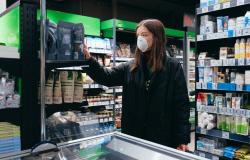 Pandemics are depressingly common in human history. We all know about the plague, cholera and the Spanish ’flu. What Dani Rodrick called ‘hyper-globalisation’ has stormed across the world since the end of the cold war and has resulted in massive increases in the movement of people, goods, capital – and now viruses. So, of course it is right that the world at the moment is focused on arresting the spread of Covid 19[1].

The immediate worry is for our individual and collective health. This is closely followed by a worry about the virus’s medium and longer-term impacts on household, national and global economies. These two worries are bad enough. But a third worry is on the horizon: what could happen to state-society relations and the functioning of states once the pandemic has been brought under control? Which of the unprecedented actions governments are now taking will have impacts – positive or negative – on these relationships and how? This I call the Worry of Governance.

Two strains of commentary and analysis are emerging regarding the Worry of Governance.

I consider each strain in turn.

Has the nature of the state – the governance regime – influenced its ability to respond to the current pandemic? Are the denizens of the ‘hyper-liberal’ western democracies too flabby and ill-disciplined to practice physical distancing and stay at home? Are the leaders of these hyper-liberal western democracies too concerned about infringing hard-won personal freedoms and liberties to do what the evidence indicates is necessary to contain the pandemic?

Two pieces have been published in the last few days which reflect upon these questions. The first is by Francis Fukuyama (who else!)[2], who argues that, after the dust has settled, it will not be the nature of the regime that will be found to have determined success. Rather, Fukuyama argues, it will be about the extent of trust. Fukuyama notes that trust has two dimensions: trust in the state and trust in the government of the day. Trust in the state refers to the extent to which citizens believe that ‘the state’ (in this case the executive branch of the state) has the expertise, technical knowledge, capacity, and impartiality to make good judgements. That it is has an adequate number of people with the right training and skills to carry out the tasks they are assigned, and to do them in a timely and professional manner. This includes front-line health workers treating patients as well as Chief Medical Officers making higher-level decisions about issues such as quarantine. This differs from trust in government, which is about trusting those currently in power – those holding elected office. Fukuyama concludes:

When the pandemic subsides, I suspect that we will have to discard simple dichotomies. The major dividing line in effective crisis response will not place autocracies on one side and democracies on the other. Rather, there will be some high-performing autocracies, and some with disastrous outcomes. There will be a similar, though likely smaller, variance in outcomes among democracies. The crucial determinant in performance will not be the type of regime, but the state’s capacity and, above all, trust in government.

The second piece is by Rachel Kleinfeld at the Carnegie Endowment (author of sailboats, not trains). Kleinfeld argues that three things will determine the effectiveness of state responses to Covid 19: first, the extent to which governments rely on evidence, most notably from the recent SARS epidemic; second, operating within a legitimate political system which is trusted by citizens[3]; and third, the extent of state capability. Interestingly, after a well-written and balanced piece, she concludes:

If developed democracies cannot pull together to stop the spread of the virus, manufacture the goods the world needs to fight it, and make plans to jumpstart the global economy, China will do so. On the other end of this crisis, the result could be a decisive global shift toward its authoritarian model.

It is too early to tell how public perceptions will play out with regard to state performance, but my sense is that the post-pandemic debate will be more about the reluctance or unwillingness to follow the evidence and less about the fundamental nature of the regime. We shall see.

Worry 2: The Deeper State – and the longer-term implications of Emergency Politics

Little has been written about this strain of the debate to date – or at least little that has reached the public domain. The London Review of Books has some excellent podcasts discussing these issues (listen here), led by David Runciman of Cambridge University (Cambridge England rather than Cambridge Mass. for once). There are two dimensions to this Worry of Governance; one is international and global, the other is national and domestic.

The international and global dimension arises from the concern that addressing the threat of Covid 19 is exacerbating rather than ameliorating international tensions and pushing China and the US (and by extension their respective spheres of influence) on a trajectory towards intensified conflict rather than international cooperation. Apart from the political posturing and name-calling we see in Washington, the fact that most supply chains in pharmaceuticals (in particular) either begin or pass through China increases the vulnerability of rich western countries to trade embargoes and spats.

Countries around the world are now disrupting their trade ties, dismantling their air routes, disengaging their social connections and disassembling their inward capital flows. In a matter of weeks, it has become politically legitimate – even necessary – for countries to self-isolate. It is now normal to insist on the emphatic protection of national interests above all else. No longer is Trump alone in adopting an explicitly nationalist and isolationist agenda; every leader is now putting their own country first. The world has become more Hobbesian over the last decade, with realist approaches to foreign policy crushing more idealist ones. Covid 19 exacerbates these tendencies. Indeed, it has legitimated them; it has made them necessary. The question is once the pandemic is under control to what extent will the world pull back from an ‘us first, everyone else last’ view?

The question is not whether, once the crisis is over, countries will re-engage with each other. Of course, they will. The question is whether the clear trend over the past decade which has seen countries explicitly promoting their own national interests, will continue, or whether, as with us mere humans, nations find joy in ending self-isolation. This is an unanswerable question, but it may depend on five ‘governance dimensions’ in each country: (i) the strength and independence of the media and civil society; (ii) the balance of power among the three branches of government – is the executive being effectively held to account by both the legislature and the judiciary? (iii) to what extent is the coercive infrastructure of the state both subservient and accountable to a democratically elected government? (iv) how strong and cohesive is the ‘nation state’ i.e. is there one clear political community? and (v) how inclusive is the political settlement? [More to come on these five soon..]

One further aspect of the international and global dimension is noteworthy. Following the fall of the Berlin Wall it was remarked that we were now living in a uni-polar world, with the US as the globe’s clear hegemon.  In 1999 the G 20 was created which offered hope for greater international cooperation (however interpreted). Those hopes have floundered and with the US’s increasing withdrawal from global affairs we may now be living in a G 0 (zero) world. It is to be hoped, once it has run its course, that the Covid 19 pandemic, with its disregard for national boundaries, will stimulate a return to greater international cooperation and collaboration.

The national dimension is perhaps more concerning. The Worry of Governance here is the extent to which the emergency powers that governments around the world have appropriated to themselves (without seeking citizens’ consent) will not be rescinded once the crisis is over. The ‘normal’ state of politics has been upended by Emergency Politics.

It may be useful at this point to consider what Emergency Politics is, and how far it differs from the normal ‘stuff of Governance’. Rather like the idea of the ‘Just War’, Emergency Politics has some key features and requirements. Five stand out:

Most country responses to Covid 19 seem to meet the first three features – the jury is out on number four and there is a lively debate about number five, notably in the US, but also in Mexico and Brazil. This is not the concern here. Rather the concern is about the limits of state power and the legitimacy of the state during such periods of emergency, and what happens afterwards.

There are two issues of direct Governance concern. The first is the use of data and surveillance. Finding citizens who have unfortunately contracted the coronavirus has become a principal aim of all states. It seems clear that data protection has been ignored in order to find cases. Given the possibility of recurrence, let alone other ‘emergencies’ arising, states will be tempted to retain these powers. The table below, from the Economist of 28th March, provides a summary.

The second concern is that some states may struggle to retain popular legitimacy while retaining significantly increased coercive power. The pandemic is indeed a reminder that coercive power remains the prerogative of the state – Weber was right after all. We know however that not all states are equally coercive and not all states have the same willingness to use that coercive power. Hungary is a good (bad) example in Europe, whereas China is a bad (good) example in Asia. From a governance perspective the concern is what could happen to the legitimacy of a state if the consensus over the use of coercive powers breaks down. Violent conflict may ensue.

We cannot assume that things will snap back to normal when the crisis is over. The longer things go on the harder it is to return to the status quo ante. The seriousness of the pandemic is such that it may constitute a real turning point in global and national affairs. The world may soon be at a crossroads. But nobody has any idea which way we will turn. I have sketched out two differing destinations, but that is all. More for fun (fun? Really? In the current climate?) I have drawn up a tentative balance sheet. It is up to the reader (if there are any) to tick the boxes you judge most likely.

This first appeared on ABT's Governance and Development Soapbox blog and was reposted with permission.

[2] The Atlantic magazine. ‘The Thing That Determines a Country’s Resistance to the Coronavirus’. March 30th 2020