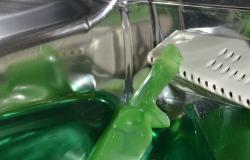 No pre-COVID global analyst had golfer Greg “I’m in awe of myself” Norman as an actor in her/his world view, but the man now spearheads a Saudi Arabian-backed professional golf tour that simultaneously challenges all extant world tours and barges into several other international arenas.

The impact here lies partly with its timing, coinciding as it does with a so-called return to sporting normality in a post-pandemic setting, with the return of sporting boycotts to international life and politics, and with the further integration of sports into the broader political economy.

And the start point lies with global sports governance that sits neatly alongside the present challenges to global governance. There have long been questions about the governance and financial activities of organisations like the International Olympic Committee and the Federation Internationale de Football Association (FIFA).

In this specific sports case, however, the Saudi venture set out to attract the world’s leading golfers to an exclusive tour that potentially offers those players enormous sums of money. But any player wishing to participate must get official clearance from the tour or tours to which he is presently accredited in America, Europe or elsewhere.

It should be noted here that in an age when women’s sport is finally getting traction, this new tour does not cater for women.

The most spectacular current case involves Qatar’s staging of the football World Cup later in 2022. From the time the country was announced as the successful host, its human rights record concerning foreign workers constructing all new stadia in blistering heat and appalling conditions along with persistent allegations it “bought” the tournament have been in focus.

A variation concerns criticism of India’s IPL cricket tournament and its continuation of play during the horrors of the 2021 COVID outbreak. And one intriguing case involves apparently insolvent Australian investment operator Bill Pappas who bought a stake in Greek football club Xanthi despite a $A400 million default back home.

That “sportswashing” aspect leaped out as soon as star American golfer Phil Mickelson made some sensational comments about the new golf tour’s money and its backers.

Mickelson was prepared to take the money, he said, even though the Saudis were a bunch of “scary m………..s” because in doing so he could help break what he termed a PGA Tour stranglehold on player rights, media images and incomes. Bear in mind Mickelson at this late stage in his playing career has won around $US100 million and earned approximately three times that from associated sponsorship deals, some of which have been cancelled in wake of his comments.

In response, critics pointed simply to the Saudi human rights and justice record, citing reports like the one of an alleged mass execution amidst the negotiation of these sporting extravaganzas. Greg Norman has rejected all such comments, maintaining players have the right to ply their trade without criticism. He and others will have to continue doing so as well-known players like Spain’s Sergio Garcia and Australia’s Adam Scott are rumoured to have signed even though most professional golf world opinion seems opposed to the move.

That approach and Mickelson’s undiplomatic language simply switched focus to the range and nature of sports-related ventures floated by the Saudi Public Investment Fund chaired by Crown Prince Mohammad bin Salman, now widely associated with the assassination of activist journalist Jamal Khashoggi. Those investments are worth at least $1.5 billion and cover Formula One motor racing, horse racing, football, snooker, boxing, wrestling and even chess. This sort of surge has prompted calls for investigation into sportswashing around the world. And remember, those investments exclude private Saudi ones, the now almost-done sale of Chelsea Football Club alleged to have attracted interest from some of them.

Another dimension arises here. Russian oligarch owner Roman Abramovich is selling the club in wake of the British government’s sanctions on Russia in respect of the Ukraine crisis. Abramovich, who has appeared at the various peace treaty meetings in Istanbul, has indicated he will donate the proceeds of the sale – likely around £4 billion – to the victims of the conflict.

The Russia-Ukraine conflict has also resurrected sports sanctions, most notably with Wimbledon banning Russian players from its tournament. And yet again, the interpretations of this tend to reflect a position in the international order, as demonstrated by the World Socialist Web Site. It is now a very long time since the idea of “no politics in sport” held any sway, but the argument now goes that professional athletes are being subject to restraint of trade. Those athletes remain happy of course, to represent their countries at the Olympics and tournaments like the Hopman Cup as well as take sponsorship from companies that are also subject to bans, but that is scarcely debated in public.

Another paradox is that governments across the world were prepared to allow professional sports to continue through otherwise severe COVID shutdowns on the grounds that watching sport was somehow a morale booster for otherwise jaded populations. That reprised long running assumptions about professional sport being a public good, and it is sometimes difficult to see how the morale of losing team supporters is boosted – in the Australian Football league, for example, the West Coast Eagles is mired in its worst ever season start – while risking creation of superspreader events. That aside, football stars moving around Australia freely while ordinary citizens could not cross state boundaries to be with dying parents did not go down well.

Meanwhile, for many major sports the impact of COVID, rising costs, inflation, falling spectatorship and escalating player salaries has led to new thinking. An obvious example is the New Zealand All Blacks rugby organisation’s agreement to sell American private equity firm Silver Lake  a 9% stake in all commercial rights in return for $NZ200 million. That values the All Blacks at $NZ3.5 billion, and later this year New Zealand investors are likely to buy in for a $NZ100 million stake.

These interrelated developments suggest further changes are imminent in the global sports establishment and, by definition, for followers of those sports. Sports like rugby are already suffering because ticket prices are becoming unaffordable. As inflation hits harder, that can only worsen. Public sentiment about sports stars is changing, with those golfers chasing the huge money now on offer being accused of greed and disdain for ordinary people in places like Saudi Arabia. The nature of sports investment is coming under further scrutiny, as with the purchase of several United Kingdom football clubs by international interests and following revelations in several international financial networks. Sporting sanctions are likely to increase as the present global crisis continues.

As in so many other arenas, COVID has conspired to accelerate several trends that were already apparent and deliver the international sports world to who knows where.

Photo by Skylar Kang from Pexels

How I Did Not Celebrate Christmas