Hamburg and Hong Kong: A Tale of Two Cities 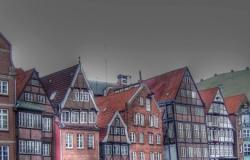 International Media Centre – G20 Hamburg Summit. Officially known as the Free and Hanseatic City of Hamburg, the host of this year’s G20 has a colourful history that may well resonate between two of the world leaders as they soak up the architecture lining the eight hundred year old port. Chinese President Xi Jinping and UK Prime Minister Theresa May perhaps may be forgiven for thinking it is the best of times and the worst of times, however, the broadening political dispute over the legacy of Hong Kong may foreshadow any signs of a budding trade relationship between the UK and China.

The signals from Beijing that the Hong Kong handover deal negotiated between the UK and China twenty years ago this month has been consigned to history presage a worrying direction for the rights and lifestyles of those residents of the once autonomous territory at the heart of finance and trade in the region. The history of Hamburg as a once great trading city of the mighty Hanseatic League, to its role as a free imperial city and its successful progression into a sovereign state, provides a window of possible reflection for Xi during his time here, one that protesters in Hong Kong must hope he takes on board.

However, Xi's visit to Hong Kong last week for the inauguration of Hong Kong’s new chief executive left a powerful reminder that any questioning of China’s sovereignty in the region is a red line for the Chinese government. Indeed, the fact that Xi was long gone before protests erupted shows an unwillingness on the part of the Chinese leader to brook any form of opposition to his expanding rule, even from a fellow G20 leader like Theresa May.

Hamburg, with its history of independence, may not prove so supple and willing to the wishes of the new Chinese strongman. The 2015 G20 host Turkey made sure that the summit was placed well out of the way at a resort on the Mediterranean coast, with a security cordon more reminiscent of a military expedition than a summit spectacular, denying the spectre of opposition protests.  Similarly at the 2016 summit,  Chinese citizens would have been required for protests to take place, rather than an empty landscape. But with Germany hosting the summit this year, in its second most populous city, the chances of citizen engagement seem high. With the number of protesters at this year’s Hamburg summit expected to reach nearly 100,000, there will be scant chance for Xi to avoid the symbolism of what a once great free city can continue to provide in the modern age.

The guarantee that the UK agreed with Xi’s predecessor, Deng Xiaoping, to protect Hong Kong’s way of life for fifty years seems in tatters. Yet, the hope of protesters on the ground in the territory that the UK will exert its political and moral duty at a gathering of world leaders seems redundant in the face of the current political climate. The shadow of Brexit over the British government places the emphasis on trade relationships over enforcement of international declarations or agreements. It therefore seems more likely that the Chinese President will resist any attempts to mention Hong Kong during the summit, treating it as an issue of sovereignty that remains off the table.

Perhaps the challenge for May at this summit to seem more than a lame duck leader opens up the opportunity to take a resolute position. With the knowledge that the clock is ticking on her premiership, the UK leader is presented with a golden opportunity to stand tall and declare the UK’s interests in maintaining the international order and the solemnity of international agreements. But the reality of the political situation, both domestically and internationally for the UK, means that the G20 will most likely continue to bring a winter of despair rather than a spring of hope for those protesting on the streets of Hong Kong.

Digital Trade Rules in Preferential Trade Agreements: Is There a WTO Impact?