The Market is Valuing Climate Risk All Wrong 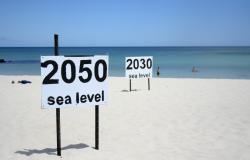 Economists and policymakers tend to believe that markets are fairly rational in how they evaluate assets and risks. In the case of climate change, that just isn’t so. Climate change creates risks for three distinct asset classes: fossil fuels, insurance, and property values. The market might be correctly valuing any two of the three asset classes, but not all three, creating what we might call the “climate-value paradox.”

Start with the owners of fossil fuel assets, like oil reserves. Big oil companies like ExxonMobil acknowledge that the climate is changing, but most of them do not believe that it meaningfully changes their business. ExxonMobil says bluntly that even in a world where temperature increases are limited to 2 degrees Celsius, there will still be a need for trillions of dollars of investment in new oil and gas production. Implicitly, oil firms assume that greenhouse gas (GHG) emissions will continue at high levels for decades to come, possibly with some modest reductions. To keep their stock prices up, they might want everyone else to believe the same.

Theoretically, net GHG emissions could fall even if oil consumption continues at current levels. If carbon capture technology is radically improved, for instance, humanity could continue burning oil and coal while lowering net emissions. Yet scientists have been working on that kind of technological breakthrough for decades, and it always looks just over an ever-receding horizon.

Importantly, the financial markets appear to believe Big Oil. The companies’ stock prices move up and down with oil prices, but the long-term trajectory is robust, even as they pay out regular dividends. ExxonMobil’s stock, for instance, climbed from $40 in 2003 to roughly $80 today. Major oil companies have no trouble raising capital and obtaining loans. In short, there is little, if any, evidence that the financial markets foresee the kind of progressive policy on climate that would hurt oil companies’ profitability.

Yet even after the extraordinary hurricane season of 2017 – which saw Harvey, Irma, and Maria, three massively destructive storms – major insurance companies are sanguine about their business. Lloyd’s of London, for instance, carried out a study after the report and concluded that: “capital availability remains strong after the hurricane season… the Lloyd’s market has once again proven its resilience to wind peril.” Again, financial markets appear to believe them.

How is this possible? Increased damages from storms should be costly to insurance companies – assuming that coverage stays the same. But there’s the rub. Insurance companies can simply stop offering insurance for some kinds of risks, or change the prices they charge.

Insurance companies are already avoiding certain types of climate-related risks. As Lloyd’s points out, Hurricane Irma cost the insurance industry $35-55 billion whereas Harvey cost just $25-35 billion – despite the fact that the total economic damage from Harvey was far higher than from Irma. Why? “The main reason … is that flooding is not typically covered as standard in normal homeowners’ and renters’ insurance policies.” Most of the damage done by Harvey, unlike Irma, was flooding, not wind damage. In other words, insurance companies are regularly dodging one of the biggest risks imposed by climate change. In doing so, they generate political pressure for governments to ride to the rescue with hurricane relief funds – putting taxpayers and homeowners on the hook for climate costs.

That brings us to the third and final asset class: property and real estate. As the global environment changes, sea levels will rise, putting vast areas of coastal real estate at risk. A new report by the Union of Concerned Scientists concludes that “More than 300,000 of today's coastal homes, with a collective market value of about $117.5 billion today, are at risk of chronic inundation in 2045—a timeframe that falls within the lifespan of a 30-year mortgage issued today.”

The technical definition of “chronic inundation” means that homeowners in New York, Texas, California, Maryland, and other states face the prospect of serious flooding at least 26 times per year, on average once every two weeks. Crucially, the report suggests that the current market values of the threatened homes is profoundly mistaken, unless there is dramatic success in slowing climate change by curbing net GHG emissions.

These facts create the climate-value paradox. The underlying assumptions about the climate risks to each of these asset classes – fossil fuels, insurance, and property values – cannot all be correct. That paradox has brutal political implications.

To see why, consider what the values imply. If Big Oil is right that their business model is sound and oil consumption is going to continue apace into the future, it will be hard for humanity to make its goal of a maximum 2 degree Celsius global increase. Even if it does, sea levels will rise. In fact, the last time Earth’s average temperature was that high, sea levels were 4-6 meters higher than today. At that height, a huge number of coastal cities around the world would flood, including lower Manhattan and much of the U.S. eastern seaboard. Either insurance companies face the bill for regular storms and flooding – which would wipe out their profitability – or property assets stand to lose value to the tune of billions of dollars.

Of course, if humanity cooperates on meaningful climate policy, perhaps that bleak future can be avoided. GHG emissions would have to be curbed drastically to avoid the financial risks to both property owners and insurance companies. In that case, Big Oil is wrong: the type of policies needed to avoid major climate changes are almost certainly the ones that will lower fossil fuel consumption and disrupt their business. So if the current valuation of real estate and insurance companies is right, then the valuation of Big Oil is wrong. All three cannot be right.

Big Oil is probably right to be confident. Thirty years of failure to generate meaningful global cooperation to reduce GHG emissions ought to make us skeptical of a future with no climate risks. Political scientists like David Victor and Thomas Hale describe the situation as policy gridlock, from which it is incredibly difficult to move beyond.

That logic suggests that a political battle is brewing, as companies try to offload risks to the public. Already, insurance companies are gearing up for it. As the Lloyd’s report says: “greater private sector participation in flood insurance market [could] create new business opportunities for insurances. However, this requires a more equitable balance between public and private markets [for flood insurance].” Lloyd’s idea of a more “equitable” balance in public policy is virtually guaranteed to be costly for taxpayers.

Voters, taxpayers, and homeowners ought to be especially worried about the climate-value paradox. Oil and insurance companies are thinking hard about how climate change will affect their business. The average homeowner is not. The latter is far more likely to get blindsided when the bill comes due.

The broader point here is that climate policy is not just about governments. As political scientist Jessica Green and others point out, private actors like companies are making decisions with huge consequences. Moreover, governments, firms, and investors are reacting to climate forecasts in different ways and at different speeds. Largely overlooked is the fact that there is no mechanism to reconcile the implications of that variation for market valuations.

At the moment, property values and stock prices generally seem unaffected by the prospect of climate change, which generates a comforting illusion that our current trajectory is sustainable. But the idea that that markets rapidly update prices with all available information – an idea for which Eugene Fama won a Nobel Prize in 2013 – relies on a strict set of assumptions. In a world of climate change, those assumptions bear re-examination.

Jeff Colgan is the Richard Holbrooke Associate Professor at the Watson Institute of Brown University. He is @JeffDColgan on Twitter.