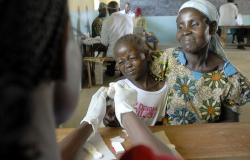 Development efforts over the past few decades have not been as effective as promised.

Global poverty remains intractable: more than 4 billion people live on less than the equivalent of $5 (£3.80) a day, and the number of people going hungry has been rising. Important gains have been made in some areas, but many of the objectives set by the millennium development goals – to be reached by 2015 – remain unfulfilled. And this despite hundreds of billions of dollars of aid.

Donors increasingly want to see more impact for their money, practitioners are searching for ways to make their projects more effective, and politicians want more financial accountability behind aid budgets. One popular option has been to audit projects for results. The argument is that assessing “aid effectiveness” – a buzzword now ubiquitous in the UK’s Department for International Development – will help decide what to focus on.

Some go so far as to insist that development interventions should be subjected to the same kind of randomised control trials used in medicine, with “treatment” groups assessed against control groups. Such trials are being rolled out to evaluate the impact of a wide variety of projects – everything from water purification tablets to microcredit schemes, financial literacy classes to teachers’ performance bonuses.

Economist Esther Duflo at MIT’s Poverty Action Lab recently argued in Le Monde that France should adopt clinical trials as a guiding principle for its aid budget, which has grown significantly under the Macron administration.

But truly random sampling with blinded subjects is almost impossible in human communities without creating scenarios so abstract as to tell us little about the real world. And trials are expensive to carry out, and fraught with ethical challenges – especially when it comes to health-related interventions. (Who gets the treatment and who doesn’t?)

But the real problem with the “aid effectiveness” craze is that it narrows our focus down to micro-interventions at a local level that yield results that can be observed in the short term. At first glance this approach might seem reasonable and even beguiling. But it tends to ignore the broader macroeconomic, political and institutional drivers of impoverishment and underdevelopment. Aid projects might yield satisfying micro-results, but they generally do little to change the systems that produce the problems in the first place. What we need instead is to tackle the real root causes of poverty, inequality and climate change.

Handing out performance bonuses to teachers, for example, is an inadequate response to education budgets that have been slashed in order to pay down onerous external debts. As the UN special rapporteur on extreme poverty and human rights argued in his recent report, social protections need to be ringfenced against fiscal adjustment. The most fragile members of the population need more than classes in financial literacy. They need robust, universal services and access to public education and healthcare.

Water purification tablets are too little in the face of droughts induced by climate change; what is at stake is an ecological emergency that demands coordinated public policy strategies. In agriculture, real progress requires putting an end to the excessive subsidies paid by rich nations to large producers, regulating food commodity derivatives markets, and ending the land grabs that dispossess the small-scale farmers who play vital roles in feeding the world.

We need to ensure that the governments of global south nations are able to claim a fair share of taxes owed to them by the multinational companies operating within their borders. This means, in line with the Organisation for Economic Co-operation and Development’s recommendations, putting an end to the trade mis-invoicing and transfer mispricing practices that large firms employ, and regulating the tax havens and secrecy jurisdictions that are controlled by a few nations in western Europe and North America.

Much more than microcredit services are needed to improve the incomes of poor workers. We need to introduce and enforce real labour legislation, which has proved to be instrumental in helping millions of people to escape poverty. On top of this, we need to explore ways to consolidate regulations across borders in order to mitigate globalisation’s race to the bottom for exploitable labour.

In all these areas, there is still an enormous amount to be done. If we are concerned about effectiveness, then instead of assessing the short-term impacts of micro-projects, we should evaluate whole public policies. In this respect, there is a wealth of underused data provided by decades of household surveys by national statistical offices. Combined with satellite data, recently made public, they can now be used for detailed analysis, capable of providing clear information on the public policies that have been most successful. In the face of the sheer scale of the overlapping crises we face, we need systems-level thinking.

People of the south deserve better. The sustainable development goals we agreed in 2015 hold both for northern and southern countries; they acknowledge that our crisis is a collective one: that fighting against poverty, inequality, biodiversity loss and climate change requires changing the rules of the international economic system to make it more ecological and fairer for the world’s majority. It’s time that we devise interventions – and accountability tools – appropriate to this new frontier.

This was reposted from the LSE's International Development blog. It originally appeared on The Guardian online.

Image credit: US Army Africa via Flickr (CC BY 2.0)