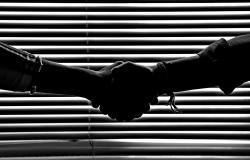 Our global economic system is failing. We need a fresh start to address the inequities of the past 80 years.

In 1944, with the Second World War still raging, US president Franklin D Roosevelt called for a new future for the global economy and how it was governed. This new global economic system – which included the International Monetary Fund (IMF) and the World Bank – was agreed to by representatives of the Allied powers in Bretton Woods, New Hampshire.

“We cannot afford to have [prosperity] scattered here or there among the fortunate or enjoyed at the expense of others,” said Henry Morgenthau, US treasury secretary at the time.

Morgenthau, who chaired the Bretton Woods Conference, explained later that tasking international institutions to help develop the world’s resources for the benefit of all its people would require them to extend financial support to countries in economic difficulty; bolster economic sovereignty through reliable access to international public finance; and discipline the abuse of economic power by big players, both states and corporations.

These objectives were only partially met during the three decades after 1945. But over the last 40 years, they have been completely abandoned, damaging the multilateral system’s capacity to tackle today’s global challenges.

Against the backdrop of war in Ukraine and the fallout from COVID, the US treasury secretary Janet Yellen offered a bold six-point reform programme to meet the “breadth of unmet global challenges”. Her programme, squarely aimed at modernising multilateral institutions, strengthening international cooperation and rebuilding trust in global governance, draws inspiration from Roosevelt.

There is much to applaud in Yellen's agenda, which recognises that the current system is failing. For instance, the US Treasury recently issued a warning to the World Bank to take a much stronger lead on climate change. And Yellen continues to push for closing global corporate tax loopholes.

But her approach needs to be even more ambitious and inclusive.

By focusing on working with “countries we know we can count on”, as Yellen stated, we are concerned that her approach may actually be a step away from a renewed multilateralism.

Providing global public goods – such as financial and climate stability – requires global solutions. An exclusionary approach not only risks a segmented multilateralism unsuited to meeting our global challenges, but underestimates how far the current international economic order has drifted from the approach nurtured at Bretton Woods.

Then, as now, the governance of international trade remains a major obstacle to achieving a more inclusive multilateralism. After the Second World War, the effort to repair and extend the international trading system received its strongest expression in the 1948 Havana Charter, which intended to establish an “International Trade Organization” to complement the financial arrangements agreed at Bretton Woods.

The charter – which was wide in its scope and bold in its ambition – set a blueprint for a more “balanced and expanding world economy” through increased domestic spending, rising international trade and long-term capital flows.

It recognised that the full use and equitable distribution of the world’s resources would have to be managed through strong public action, at both national and international levels, to guarantee favourable market access for developing country exports, stable commodity prices, support for industrial development, and strengthened worker rights.

But despite the US being a signatory to the Havana Charter (along with 52 other countries, most from the developing world), it was sabotaged by domestic political forces and subsequently dropped by the Truman administration.

Instead, a subchapter of the charter – the GATT (General Agreement on Tariffs and Trade) – was retained as the framework for managing international trade. While preserving the charter’s pragmatic approach, the GATT was restricted to tariff reductions (mainly among developed countries) and abandoned any efforts to address the biases and asymmetries in international markets that impede development in poorer countries.

While much has changed in the international landscape since 1948, growing imbalances in market power in recent decades have deepened the inequities that developing countries face in the trading system.

Those imbalances were on display during the recent World Trade Organization (WTO) negotiations in Geneva where a relaxation of trade rules – such as intellectual property waivers for vaccines – to help developing countries deal more effectively with the current (and future) pandemic was sacrificed for what the Financial Times’s senior trade writer described as an exercise in institutional self-preservation.

So what can today's policymakers learn from the Havana Charter?

Simply put, effective global governance in support of common goals cannot be restricted to talk of a “rules-based international order”. Achieving those goals requires a set of shared principles and effective mechanisms that can help mobilise resources and coordinate policies across countries with widely differing state and private sector capacities.

Three interrelated principles that framed discussions around global governance in the 1940s – which we also highlight in our new book ‘The Case for a New Bretton Woods’ – offers a roadmap for transforming our global economic system to meet the current set of crises.

First, as much as efficiency, economic transformation – which includes adding more productive sectors, better paying jobs and technological upgrades – should provide the metric against which to judge the health of international economic relations, including trade.

Trade rules that unduly restrict fiscal and policy space or the right of governments to regulate areas such as food security, health and climate response (which have become commonplace over the past 30 years) need to be rolled back.

Arrangements for managing subsidies, rather than abandoning them, will be needed to support resilient and sustainable outcomes. These include financial support measures for industrial policy such as direct government grants and tax relief measures.

Expanding the mix of waivers (particularly with respect to intellectual property rules) and safeguards (such as allowing tariff increases for countries facing balance of payment difficulties) could also help guarantee flexibility in the use of legitimate policy instruments for transformation without promoting their abuse.

Second, corporate power, as much as government policy, is a major distortion in the trading system. To curtail market monopolisation and corporate rent-seeking , domestic regulatory structures – such as reigning in financial flows with stricter capital controls – need to be restored.

Third, targeted financial support and deliberate policy coordination are needed to ensure that greater openness does not perpetuate power and prosperity for some, and exclusion and decline for others.

The Doha Round of WTO negotiations, launched in 2001 with the explicit aim of bending trade rules in favour of developing countries, should be concluded before moving on to issues surrounding climate change or the digital economy. This would help restore trust in multilateral processes.

But if international trade is to become part of an integrated strategy to deliver for people and planet, new models of representation will also be needed.

Only through a mixture of dedicated domestic policies and strengthened international cooperation can we hope to reverse the deep-seated inequities of hyperglobalisation and deliver the UN’s sustainable development goals. Morgenthau, for one, would understand that multilateralism for the privileged few is not the way forward.

Richard Kozul-Wright is director of the globalisation and development strategies division of the United Nations Conference on Trade and Development (UNCTAD). His new book, co-authored with Kevin P. Gallagher, is called ‘A Case for a New Bretton Woods’.

Kevin P. Gallagher is director of Boston University’s Global Development Policy Center. His new book, co-authored with Richard Kozul-Wright, is called ‘A Case for a New Bretton Woods’. He tweets at @KevinPGallagher.