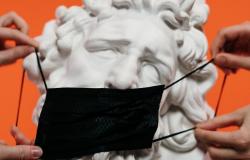 Sunday 27th of September was World Tourism Day, an annual celebration to raise awareness of the contribution tourism makes to social, political, economic and cultural values globally. This year the day, established in 1980 by the United Nations World Tourism Organizations (UNWTO), was focussed on rural development to call attention to the sector’s unique ability to drive economic development and provide opportunities outside big cities.

A lot has changed in 40 years and it is fair to say that due to the emergence of different technological innovations, today’s travellers are more interconnected than ever before. However, this year the day was marked with the tourism crisis spiralled by COVID-19. With the second wave of COVID-19 infections fast unravelling, global tourism - a sector already on the life-support of government bailouts - could suffer a blow that it never recovers from.

Sadly, what I have noticed is that a communications deficit has been paralyzing governments’ responses to the tourism crisis, leaving the sector even more vulnerable than it already was.

As someone who has advised the UNWTO since the era of lockdown began, I have learnt that there are key steps governments and international organizations can take to save the sector from the worst excesses of a second wave, and blunt a potentially disastrous outcome for the hundreds of millions whose livelihoods depend on tourism.

Foremost, my experience these past months has shown me that there exists a catastrophic deficit in communication and collaboration across sectors, between the public and private spheres and between government agencies across borders. Part of this is, of course, down to there being no appropriate collaborative framework prepared for a global crisis that, frankly, the world was not expecting.

But that does not mean we are not missing opportunities to protect the industry in a much smarter fashion. Innovation and technology now exist to deliver rapid testing at airports, and vital points of the tourism sector - like museums, galleries and restaurants (often taking less than 30 seconds). And blockchain-backed track and trace smart app technology has already been successfully piloted for airline passengers on international flights.

Despite all these practical steps taken to ensure the safety of both international and domestic tourists, many have been left to wonder whether they should postpone their trips until next year or even further. Whilst some countries, Italy and Greece for example, are starting to show signs of bouncing back with the arrival of holidaymakers, some have been taking steps backwards.

My home country UK serves as an example of this. The UK government’s response to the crisis has been inconsistent from the beginning and, to say the least, characterized by uncertainly on the next steps the government will take.

Last week I arrived the office of my company in central London in the morning, only to realise that the government had just announced the public to work from home if they can, one of many U-turns in government policy since the start of the pandemic.

When it comes to placing travel restrictions on holiday destinations, the only predictable feature in the UK government’s communications strategy is rampant unpredictability.

What I have witnessed during COVID-19 is the presence of uncertainly marked by the lack of communication between the government and the public. This uncertainly serves as a useful political tactic which has successfully distracted the public from the errors the government has made in their response to the global crisis.

The less facts you have the more likely you are to buy into this narrative which enforces uncertainly of what the future holds. In the tourism sector this has been particularly evident. What we must remember is that this is a communications tool used by spin doctors in campaigns like Brexit to reshape the public discourse to create an environment of fear.

The core message is that we should be scared. Because if we are, we are more likely to overlook the decisions made by politicians during the past 9 months and their consequences which we have to bear for years to come. But being scared is not the answer, being informed is.

Last year the travel and tourism industry accounted just over 10 per cent of global GDP, making it world’s third largest export sector. It accounts for 1 in 10 jobs around the world. For some countries, the numbers can be doubled representing over 20 per cent of their GDP.

Data by the Office for National Statistics demonstrates that tourist hotspots in the UK were hit hardest by the COVID-19 unemployment rates. The figures show that in areas heavily reliant on tourism the rise in the number of people seeking unemployment benefits in recent months is an average of 65 per cent higher compared to other areas.

Whereas virtual tourism is a luxury our generation is getting more accustomed to, this cannot replace real experiences, especially in the light of the rising unemployment rates. Interestingly, everyone who I have spoken to who has travelled by air in the past months has described an overwhelmingly positive experience.

Both the airport and the airline staff had taken various safety measures and once they arrived at their travel destination, their confidence was further strengthened by cautious locals who ensured social distancing guidelines were strictly followed.

These stories echo something fundamental which we cannot afford to forget: these people could have lost everything. Their livelihoods rely on the revenue tourists bring every year. This year is no exception. The communications deficit and the resulting climate of uncertainty is detrimental for the tourism sector. But it does not need to be.

What we need to avert this disaster are partnerships between the public and the private sector, led by governments and the tourism industry including both international organizations and individuals employed by the sector. Previously government involvement in the sector has been rather limited. But this can no longer be the case.

How the COVID-19 crisis impacted tourism was unprecedented. Earlier this year the UNWTO reported that international tourism numbers could fall up to 60 to 80 per cent in 2020.  For the most labour intensive sector of the economy, this portrays a stark picture.

Revitalization of tourism requires travellers and employees working in the sector to feel - and to be - safe. This can only be done by regulations imposed by local governments. And to avoid adding to the communications deficit, distinctively visible in the UK government’s strategy, we must avoid any confusion over safety measures that are in place. Otherwise this will result in lack of confidence not only by citizens but also by international tourists.

Examples of European countries that have been able to successfully address the communications deficit are Greece and Italy. Consistent communication has been a core principle of their efforts to restore the trust of international travellers. Greece was one of the first countries to reopen its borders to all tourists in mid-June. Prior to arrival to Greece, all travellers must complete an online passenger locator form.

In Italy, the first European country to be hit hard by the virus, tourists are required to fill out an online declaration form upon their arrival. The government of Italy has also imposed a ban on anyone who has been to a high-risk country in the previous 14 days and is periodically updating the list. The country’s tourism board also released an extensive list of guidelines for international tourists including wearing masks at all times in public spaces indoors and outdoors when social distancing isn’t possible.

I would urge policy makers to follow these steps. Public agencies, all government levels, civil society and private sector must all ensure information is shared and circulated widely. Above all, tourism ministries, when collaborating across borders have the power, not only to learn from best practise, but to form a coherent global strategy that world governments and global political bodies cannot ignore.

Optimising global collaboration in response to the biggest global crisis of our times might just help the tourism sector, and by extension, the world economy, avert the worst of a crisis that it may otherwise never fully recover from.

Tourism has already been hit hard. We must do everything in our power to reinforce the sector’s role as a driver of economic growth and job creation for all those who depend on it.

The message must be loud and clear: we are doing everything we can to keep tourism alive and travellers safe. We cannot let fear paralyze the tourism sector – not for the second time.

Muddassar Ahmed is an Advisor to the UN World Tourism Organization (UNWTO). He is a former Independent Advisor to the UK Government and a global communications expert that has advised the U.S. State Department, the United Nations, Amnesty International and Friends of the Earth amongst many other civil society organizations and inter-governmental bodies on their communications strategies. Follow him on twitter @mmuddassarahmed.