COVID-19 and the Collapse of the Narrative 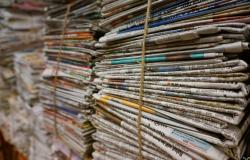 Sumithra Prasanna argues that we are in the midst of a debilitating 'infodemic' caused by our inability to make sense of the COVID-19 story.

We all love stories. We have a way of organising our stories – there’s a beginning, a middle and an end that largely fits into Joseph Campbell’s template of “the hero’s journey”, the ultimate narrative archetype that delineates the pattern of human experience unfolding over time. Think ‘Lion King’ where life for Simba is disrupted by a tragic moment and thrusts the hero, sufficiently weakened by his circumstances, to undertake a journey of transformation. The narrative leads us to a logical conclusion with Simba regaining his strength and returning to his original world.

What happens when there is a “narrative collapse” where we are unable to ‘template’ our experience or to make sense of what’s happening in our world? Author Douglas Rushkoff refers to 9/11 in “Present Shock: When Everything Happens now” as one of those moments that forced “America as a nation to contend with its own impermanence”. What we are going through right now belongs to that category. The COVID phenomenon is devoid of ‘linear narrativity’, the typical story pattern that builds up to a cathartic denouement, because everything we thought we knew of life is upended by the most devastating black swan of this century.

We feel a great sense of loss of agency and of powerlessness resulting in a lack of clarity, not just in how governments are supposed to tackle this, but also how we tell the story to comprehend the incomprehensible as our brain, wired to look for a clear cause and effect, flounders. We rummage through our minds for explanations, “use knowledge as therapy”, as Nassim Nicholas Taleb observes in “The Black Swan”, and “our tendency to perceive – to impose – narrativity and causality are symptoms of the same disease – dimension reduction.”

The shock that COVID-19 has generated across the globe is immense. We draw strength from reductive explanations of a complex phenomenon as this makes it easier to grapple with the numbness that pervades our whole being. So, we understand the experience in terms of the ‘warrior human’ waging a battle against the ‘enemy virus’ as it lends coherence to what is incoherent. The personification of the virus, SARS-CoV-2, as an adversary, allows us to comprehend our ‘encounter’ with a non-human virus, perhaps rendering it tangible at some level. It is only fair, therefore, to go after it, to conquer it for destroying our economy and our livelihoods. So, countries are ‘at war’ or ‘winning the battle’, or ‘losing the war’ as it’s ‘our big war’.

There is a huge downside to this kind of sensationalist language and hyperbole. The 24-hour news cycle doesn’t help as it only intensifies our threat perception while over-dramatic expressions, like ‘war’ and ‘killer on the loose’ serve to amplify fear amongst people.

Can you wage a war against something that cannot know you’re fighting it? What does ‘killer virus’ mean? Evidence shows that every infected person does not die. As this research paper clarifies, there is a difference between case fatality rate (CFR) and infection fatality rate (IFR). CFR is not a single, steady number as an article in the New York Times assumes because the “probability that someone dies from a disease doesn’t just depend on the disease itself” but on various other factors. It is most often “less a disease challenge than a health-care management challenge.”

The risk to developing countries

In a time of narrative collapse, the mind becomes a fertile ground for imagination. When more and more dismal news about the spread of the virus began dominating the headlines, heart-warming stories filled the twitter space of how swans and even dolphins swam their way into the now clear waters of the Venetian canals. Only, it was fake news!

Our algorithmically optimised world enabled this fake news to spread like wildfire resulting in an online news outlet dedicating a whole feature to it without fact-checking the information. What surprises is not the fact that we are talking so much about COVID-19, but really how we are talking about it and how people are spreading misinformation constantly and feeding it back into the fake news loop.

As an article in The Lancet observes, “a global epidemic of misinformation”, also termed an infodemic, “poses a serious problem for public health.” In a democracy like India, it exacerbates the challenges for the government to handle the medical crisis. Imagine a nation of 1.3 billion where pretty much everyone becomes an expert overnight, where every doctor has a cure, and every citizen takes it to be their duty to ‘educate’ fellow brethren.

Every day, hundreds of thousands of false cures and recommendations in the form of audio clips and messages get circulated via the portals of what we may call the ‘Whatsapp University’. The fast-finger-tapping, armchair patriots think nothing before forwarding these ‘info-bytes’. No government should have to fight an infodemic whilst also tackling a pandemic head-on.

Added to this are doomsday scenarios doled out by statisticians which feed the predilection of people for apocalyptic news. Taken out of context or quoted as mere numbers in TV interviews and text messages, these do more harm than good. A case in point: US-based expert, Ramanan Laxminarayan’s alarmism that “India is going to be the next hotspot” sent shock waves across the country as he said in an initial interview that his mathematical model showed that around 800 million people (out of a total population of 1.3 billion) could be infected. He revised his projections to a much lower number (200-300 million) when the Indian government started taking measures towards declaring a nationwide lockdown. He said that these were moving targets and that “we now have a more optimistic scenario which takes that number further down”. Unfortunately, his revised projections did not get as much traction as his worst-case scenario. A more responsible approach would have been to state or publish the different scenarios as Imperial College, London, did.

Even reputed publications choose to amplify the negatives and overlook the positives in how the country is tackling COVID-19. In this report, the writers resort to sensationalism when they note that “an already fragile economy may collapse” or that the government’s “effort to prevent the spread of the virus will lead to its own calamitous damage” without offering recommendations as to how the nation could have responded to the crisis which might have made it a constructive piece. Is sacrificing objectivity and balance for readership or prioritising clicks over quality of information fair and acceptable?

Looking beyond the narrative collapse

As a human race, we thought that we could conquer anything. Yet, to be brought to our knees by a microscopic organism that is 125 nanometers wide, so tiny that 800 of them can fit in the width of a human hair, is mortifying, even a huge assault to the human ego.

Whatever is unfolding now seems surreal and straight out of a science fiction movie. Perhaps, in 2120, a study by a curious historian might reveal how close we were to an apocalypse, yet how we survived, stirred but not entirely broken. That is exactly the point. We will get through this. And that is the message we must get our readers and audiences and fellow citizens to focus on - that there is light at the end of the tunnel, even as we report the hard facts and data from new and emerging COVID research.

Optimism is more important today than ever, as is our collective mental health and well-being. We cannot become victims of the narrative collapse. However hard it is, it pays to practice equanimity, keep the decibels down and report with empathy and compassion, not amplify panic. The COVID-19 pandemic is perhaps a sobering wake-up call for us to embrace a wider, more humane, connected world. It presents us with an opportunity to rediscover the values that define and make us human, to create a community ecosystem of care for greater, collective happiness, and to reclaim our common humanity.

Sumithra Prasanna is a writer and an award-winning documentary filmmaker.

Photo by Digital Buggu from Pexels

The Essence of Free Movement is Not that it Brings Europeans Together, but that it Allows them to Move Apart