Pandemic Effects: The Case of Energy and Emissions 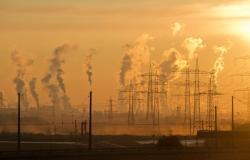 Scott L. Montgomery shows why recent drops in global energy usage suggest that there can be no return to normal after the pandemic if we wish to tackle climate change.

There arrived some startling news this month from the International Energy Agency. In its Global Energy Review 2020, the agency estimated how far the world’s total demand for energy had fallen since the beginning of the year, due to impacts of the COVID-19 virus pandemic. It also forecast how deep such decline might descend by the end of the year. This allowed the IEA to also provide an estimate for what might happen to global CO2 emissions.

A good many minds have been waiting eagerly for such numbers. One reason is the immense and unprecedented scale of the shut down in every economic domain. With billions of people in lockdown, either due to government command or the urges of self-protection, with

economies turned down, industries closed, vehicles and planes grounded, and commerce crippled, the global impact must be indeed massive. But how massive? What kind of metric might it offer for the future, specifically for how far and how fast emissions might be reduced? Does the downturn offer space for advancing the cause of climate change? Indeed, such seems the only potentially welcome news that might arrive in this new world of stillness and confusion, i.e. cleaner air and a collapse in carbon emissions. One could hardly be expected to anticipate anything different.

Different, however, is just what we get. Even with the assumption of months more of chopped down mobility and economic activity, and with “the recovery from the depths of the lockdown recession…only gradual and accompanied by a substantial permanent loss in economic activity,” total world demand for energy is forecast to fall no more than 6%. This doesn’t seem right. In parts of the U.S., the number of cars, SUVs, and minivans on the roads have plunged in only a few weeks, in some places. In much of the wealthiest, most energy-rich parts of the world, lockdown has meant a large-scale collapse in consumption outside the home, as well as a vast reduction in vehicle use and flying.

Consider, moreover, the many millions of office buildings, theaters, stores, malls, restaurants, and (most important) bars and pubs all now closed and that once needed heating, cooling, lighting, cleaning, and so forth. In the U.S., more than 30 million are now out of work; the places and spaces they previously labored in are now shut. In India, the number is over 140 million, and that only refers to migrant workers whose factories have closed (releasing them into possible destitution).

A fall of 6% in global energy demand equates, the IEA tells us, to the largest decline, in absolute terms, since WWII. As for global CO2 emissions, this would mean a reduction of 8%, roughly 2.6 gigatonnes. Again, an amount that does not seem impressive. Yet it would be nearly seven times the lowering of 2009 (0.4 Gt), when the world faced a global financial collapse.

It all seems far too little, even—if climate change be our key priority—unhelpful in a certain sense. Shouldn’t there be an energy pandemic in our carbon-driven world to match the impact of the virus, a great “illness” in the systems of coal, oil, and gas? Shouldn’t there be the possibility of new space opening for non-carbon forms to find great use and importance?

These forecasts reveal some hard and, for undoubtedly for many, difficult truths. Reality and realism can be severe and Spartan counselors. The single point to be drawn from the numbers above is that energy consumption has become far more deeply integrated into global society and daily life than commonly understood. The corollary to this comes in the news that, in terms offered by Vaclav Smil, it will be “harder to get the carbon out” than often believed or hoped.

These statements begin to make sense when one more carefully considers how and where energy is used and what sectors are most impacted by the pandemic. Taking the latter point first, the current shutdown affects transportation most of all. This means personal vehicles and carriers of people, especially airlines, public buses, subways, ride-sharing, and passenger trains. At the same time, close tracking of the downturn in traffic, using comparison with 2019, shows a great deal of variety among nations. Where traffic levels in India are lower by 51%, in Spain, Norway, and Saudi Arabia the figure is 30%; if they fell by 37%-38% in Canada and the U.S., they are down by only 20% in Japan, and 19% in China. Taking the EU as specimen, the variation appears no smaller—a 54% decline in UK traffic versus 11% in Denmark, and a mere 3% in Slovakia.

Even in the sector most affected, therefore, the total drop in emissions has been tempered by such diversity. There are, after all, no global standards of any kind at work, no treaties, pacts, or collegiality. Each nation has been left to itself. In the midst of its shatter of the post-WWII international order, the world has responded to its first real pandemic in more than century with division, difference, and disagreement.

A more demanding view would find other factors. Personal vehicles may be important, but they are far from the full story. Not affected nearly as much are vehicles that carry and deliver goods, like medium- and heavy-duty trucks, marine shipping, and cargo trains. Continued work performed by these transporters have also kept emissions from falling to ghost levels. While an early downturn in shipping shook the world of trade, China’s recovery and economic re-opening has brought things back to near-normal.

Other sectors of energy use? Industry has been turned down but not dramatically and not greatly in all nations. More significantly, the largest sector of all, power generation and consumption, has not fallen a great deal in most of the world’s nations. Electricity has been the biggest source energy demand for more than 20 years and has especially outgrown all other sectors over the past decade. The reasons have to do with economic expansion in China, India, and emerging economies, to be sure. But the deeper and more long-term reality is that electricity has been progressively taking over more areas of economic production and daily life. It has also been “destroying” traditional domains of labor through automation, internet technology, and artificial intelligence. The entire realm of informatics, which covers computational, social, and cognitive aspects of communicating information, has worked its way into many parts of daily life, from buying tickets and ordering movies to conducting online courses and directing disaster relief.

The point is that electricity use has remained mostly intact in the midst of the pandemic. And as coal and natural gas continue to dominate power generation worldwide and seem unlikely to be replaced during the Covid-19 episode, global emissions will not decline to any great extent. It remains a bracing fact that China’s coal emissions—which were at an all-time high in 2014 (8.4 GtCO2/yr), then fell, then rose back to 7.5 Gt in 2019—are nearly equal to that from all of global transport (~8 Gt).

For every office building, school, conference, or pub/bar now closed, the people who once populated these places and events are now at home. They have the heating or cooling on throughout the day. They are using their appliances more, their computers more constantly, watching more tv, turning the hot water tap more often, and so on. The balance is not complete. Power usage has declined in many places. But not by huge amounts, not consistently, and not for long.

What can be pulled out of these facts and observations? No medicine emerges to calm the mind with a pretense of deep understanding, other than to state that appearances do matter but details often matter more. It is an error to think that this period of illness and death, through its effects on global energy use, will clear away great space for the energy transition to move quickly and boldly ahead. Even in Europe, and especially in the U.S., governments have again shown themselves far more eager to secure their economies in the present than to advance well-being in the future. Non-carbon energy does not seem likely to advance at a higher pace as a result of the global outbreak.

There is something else. If we are speaking in terms of modern society and energy security, a country isn’t truly and fundamentally threatened today unless its electricity has been taken away or put it danger. Transport, commerce, and industry can all be reduced to a bitter degree and a nation can still operate, though in a lower gear, and continue. Deprived of most of its power, however, it will stop working and, as a functioning state, may well cease to exist, if only temporarily.

Finally, as the IEA itself points out, the historical pattern for recovery after an economic crisis is for energy use and emissions to come roaring back and exceed even previous levels. Such was the case with the 2008-09 financial collapse, particularly in the U.S. and China, the two largest energy consumers. But even if this does not happen—and some maintain with fervor, if not hope, that it won’t—the figure of 8% for emissions decline provides a newly glazed window into what mitigating climate change will actually involve.

No matter what kind of reduction pathway you choose, keeping global average temperatures below 1.50C will require cutting CO2 emissions nearly in half by 2030. If the target is 20C, the date extends to around 2040. That means a drop of about 7.6 % each year from now in the first case, and around 4% per year for the 20C case. In blunt terms, then, this is the equivalent of adding a new pandemic effect every year for a decade or every other year for 20 years. I would emphasize that this involves retaining each previous years’ effect. In the brutal calculus just given, it means the emission effects of 10 corona virus pandemics combined.

It is an ugly metric. Yet it serves a purpose. This pandemic, by way of the IEA, is telling us that the global struggle to hold back climate change will be more challenging and long-term in its demands than is often readily admitted by those who fervidly argue for massive change in minimum time.

I will have more to say about this in a future column. Here it makes sense to note that such arguments are more political than plausible and, when taken up with great seriousness, especially by young people, can too easily in the face of energy realities lead to grim anger and grave disenchantment. For now, the corona virus makes evident the world’s inability to deal with global problems in anything close to a unified way. This also includes using the present time of downturn to find ways of shifting further from carbon dependence, above all in the domain of power generation. Right now, it does not seem that this will happen.

The virus, that is, may come and go, but while here it has implemented a distraction from the world’s deeper problems, climate change most of all. “Return to normal” is the phrase most often heard in political, economic, and media circles. In the end, this doesn’t seem right: “normal” is exactly what needs to be altered and redefined.