A World Reliant on Huawei Needs the UK: Securing 5G and 6G 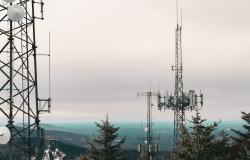 Russell Huang and Grant W. Turner propose that a UK programme that secured Huawei products domestically should be scaled to secure other nations reliant on Huawei.

While US sanctions may have reduced Huawei’s market share, knocking it from 1st to 3rd globally, in terms of the number of client nations and potential market share, the reality is that the world relies on Huawei and other Chinese technology firms. This fact will not change for the foreseeable future. This reliance threatens sovereignty, defence,\z economies, human rights, international partnerships, and cyber security (see also). However, if the UK leverages its Huawei Cyber Security Evaluation Centre (HCSEC), it may mitigate threats posed by those reliant on Huawei (particularly those posed by key partners) and advance its own interests.

It is difficult enough to replace Chinese firms with “friendly” companies such as Nokia and Ericsson in the UK, Europe, the US, and Canada. There is also little reason to believe that replacements will significantly mitigate the security threats inherent in 5G – a technology which will increase connectivity, and risks, by magnitudes. If the world is to overcome these challenges, it needs the UK.

Founded in 2010 with the sole purpose of inspecting and regulating Huawei’s hardware and software in the UK for the sake of cyber security, HCSEC is arguably the only organization of its kind. Over the next decade it enabled the UK to harness numerous economic benefits and technological advancements, particularly in the realm of 5G, all while mitigating potential threats posed by the Chinese government or, more often than not, inconsistent product quality. As a result of HCSEC’s work, the UK was able to lead the world in a pragmatic and secure approach to continued work with Huawei, allowing both security and prosperity to be optimized.

Through this partnership HCSEC has amassed significant insight into Huawei. There were some difficulties with regulation, largely due to the British government inadequately empowering HCSEC to enforce standards. Nonetheless, thanks to HCSEC’s efforts the UK’s National Cyber Security Centre (NCSC) and others remained confident that the UK could safely continue its partnership with Huawei.

As a result, the UK had no plans to discontinue Huawei’s services until US sanctions called into question Huawei’s production capacities. Once the sanctions passed the NCSC released reports indicating that its decision to discontinue the use of Huawei was not due to security concerns but rather due to supply chain concerns, and that the elimination of Huawei was a threat to the UK’s cyber resilience.

Technologically advanced countries find it difficult to reject the benefits of working with Chinese firms to rollout 5G. Less wealthy and technologically advanced countries have no such luxury of choice – they either are already reliant on firms such as Huawei with no other options or have to work with China to even achieve basic access to telecommunication and all its 21st century necessities and benefits. Indeed this is part of China’s geopolitical goal.

These countries are neither picking China over the UK and its allies, nor necessarily looking to make a choice. They just don’t have a realistic alternative; at least as far as service providers are concerned. As a result, a large portion of the West’s trading and security partners rely on China for their technological needs. This fact will not change any time soon.

While alternative providers might not exist, that does not mean that such partners must be left to the whims of China. Thanks to HCSEC, the UK is well positioned to make sure that those reliant on Chinese firms can keep their economic and technological benefits without having to completely sacrifice security. However, the UK must act soon.

First, there is a risk HCSEC’s capacities will atrophy under US sanctions. Second, it will take time to bring HCSEC’s services to other countries, aggravating threats of atrophy. Third, standards for 5G, 6G, and other technologies are not only still being determined, but are in danger of being balkanized between Chinese and Western spheres. In either case, HCSEC can be leveraged to ensure the UK’s and the West’s interests are achieved.

Fourth, because 5G, 6G, and related technologies are still being rolled out or developed, there is still time for the UK can be in the position to pioneer their security and partnerships. This window is critical to take advantage of, as Huawei alone still controlled 28.7 percent of the global telecom equipment market as of 2021, and as China continues its leapfrog strategy towards 6G while pursuing 5G in parallel. Finally, while HCSEC is useful, it can and should be scaled up significantly, given greater regulatory powers, focus on more than just Huawei, and become an internationalized institution drawing from and fostering expertise around the world. Such an institution could be named the International Cyber Security Evaluation Centre (ICSEC) and be based in the UK.

Through ICSEC, the UK would gain a vital policy tool. ICSEC would allow it to strengthen existing partnerships and forge new ones. By extension it would increase the UK’s own position as a world leader, increase its influence over crucial technological standards, and mitigate threats to defense, cyberspace, the economy, and human rights. With minimal cost, the UK can leverage an existing asset tenfold. However, if it allows HCSEC to wither, the costs could rapidly become immense. Will the UK take the lead?

Russell Huang recently graduated from the Jill Dando Institute at University College London with a BSc in Security and Crime Science BSc.

Grant W. Turner is currently interning at The Jamestown Foundation and at Intelligent Waves, LLC. while pursuing his second MA, a MA in Statecraft and International Affairs at The Institute of World Politics.