Africa and the G20 - A Summit of Contradictions 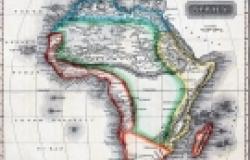 International Media Centre – G20 Hamburg Summit. At the forefront of the 2017 G20 Summit has been the host country’s consistent desire to place an intensified partnership with Africa at its centre. In the context of a summit at which US President Trump has shown little interest in, or wish to, partner with African nations, this desire initially appears somewhat idealistic. The partnership, though, more accurately reflects Western concerns that an increasing lack of opportunity in African nations will heighten instability and increased migration to Europe, with German Chancellor Merkel emphasising that “the well-being of Africa is in Germany’s interest”.

The “Compact with Africa” faces multiple challenges at the summit: achieving sufficient multilateral support in the absence of US cooperation; extending it to those in Africa most in need of support, not just those championing Africa’s reforms; and effectively holding African governments to account in harnessing the potential of increased private sector investment.

The central idea of the Compact is to encourage private investment in infrastructure, as well as boost employment, and economic participation with, supportive African nations.  Achieving requisite coalitions of support, however, will prove a significant hurdle before such goals are realised. Trump is seeking to reduce funding for numerous World Bank programmes, including the International Development Association, which will prove central to the Compact’s success.

Prior to the summit, Trump questioned whether the West has the ‘will to survive’.  When it comes to the Compact, success in the US’s absence will require transcending Western actors. China, India and other Asian nations are showing renewed interest in Africa’s peace and financial development. This coupled with organisations such as the IMF, whose chief Christine Lagarde remarked that continued migration from sub-Saharan nations in the quest for a better quality of life is ‘not a sustainable solution’, suggests necessary levels of support may materialise even in the absence of US participation.

The first hurdle of this summit’s big initiative is indeed working around the US’s opposition to multilateralism. Donald Tusk referred to the importance of tackling the problem of migration from Africa at its source in his G20 press briefing, pointing out that the absence of full support for the initiative was a “reflection of the total hypocrisy of some G20 members”, a thinly veiled dig at the US’s stance. Should the Compact make progress, African nations themselves will have to take on a renewed leadership role, utilising the presence of the African Union chair at the G20, as well as guest attendees Guinea and Senegal.

A further challenge facing the partnership at the summit is to ensure it goes far enough. Africa’s significant infrastructure gap is one of the key priorities of the partnership, with over 60 per cent of the population in sub-Saharan Africa still without electricity. Yet given the central idea of the Compact is to pair African nations who ‘step forward’ for investment with big businesses and the world’s largest economies, doubts remain as to how successful the partnership will prove in helping the poorest and most unstable nations, who suffer from an even larger infrastructure funding gap. For the Compact’s reality to live up to its expectations, and avoid the instability caused by an absence of necessary support, there is an urgency to extend investment to Africa’s weakest economies.

Stumbling blocks may also materialise in the form of “willing” African nations themselves. Several NGOs have criticised South Africa, the continent’s only G20 representative, for failing to offer any increased financial investment itself. A further problem lies in the fact that no progress on the continent can be made without supporting groups - such as parliaments and judiciaries - who hold governments to account, and who are able to harness the potential of new technologies in ensuring the media is able to effectively tackle corruption within African nations.

Even in the absence of US involvement, the German Presidency’s commitment to an intensified partnership with Africa offers the continent an unrivalled opportunity to boost private sector involvement, and in Tusk’s words, tackle the wave of African migration into Europe “at its source”. The EU’s economy is now growing stronger than that of the US’s, and Asian nations, notably China and India, are showing an increasing interest in Africa’s development. The consequence could be that, come the end of the summit, the flagship “Compact with Africa” is reflective of a broader shift in global power from the US towards the EU and China. Yet the alternative could still be a rhetorical partnership marred by corruption within African nations, and increased private sector investment that fails to reach those poorest areas of the continent most in need to development. We wait and see.