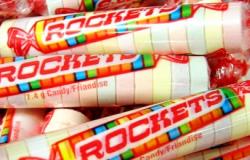 International Media Centre – G20 Hamburg Summit. For political leaders, over-confidence in the notion that “flattery will get you everywhere” can often prove costly. In his promotion of the much-contested Hamburg G20 Summit, City Mayor Olaf Scholz seems to have neglected this mantra’s viable limits. Framing the summit as a tribute to the City’s cosmopolitan nature, Scholz has utilised various forms of flattery in his attempt to win over the locals. For example, at the pre-summit Civil-20 meeting in June, Scholz cited Hamburg’s fortune in having such dedicated and confident citizens, using the city’s handling of the Syrian refugee crisis as a case in point. Further hedging his bets, Scholz burnished the charm offensive with a dose of nostalgia by referencing Hamburg-born Helmut Schmidt’s vision of a world united by political and economic interdependence, apparently through forums such as the G20. At the end of his plea, Scholz sought to alleviate fears that the summit would cause hysterics across the city, hinting that it may even pass people by.

However, if our experience with the locals is anything to go by, Scholz’s multifaceted appeal to the people of Hamburg has fallen on deaf ears. Indeed, as was alluded to as soon as we got into the taxi from the airport to the hotel, the mood on the ground has been one of frustration rather than conceit. After passing various anti-G20 banners, the taxi driver himself lamented both the disruption caused by the summit to the city’s roads and its inflaming of left-wing activism, concluding that the occasion was a waste of taxpayer's money.

To a lesser extent, Hamburg University students seemed similarly unimpressed as we discussed the summit over dinner, with the University’s decision to close over the weekend due to concerns about anti-G20 protests frustrating them considerably. After a post-dinner campus tour revealed a series of graffitied remarks lambasting the Hamburg Summit, it became clear that such frustration was widespread.

Most strikingly, business interests have injected little optimism into the conversation, despite having more to gain from the inevitable influx of reporters to the city. In contrast, many local entrepreneurs see the summit as a hindrance to the city’s trade, with the proliferation of violent protests and the media centre’s de facto monopoly over the visiting journalists’ wining and dining adding credibility to their cynicism. This, among other things, has inspired numerous traders to boycott the event by closing down for the summit’s duration and unite under the banner of “traders against the G20”.

Evaluating the city’s experience as summit host, the above reservations expressed by the people of Hamburg appear to be well-informed. Far from basking in Hamburg’s usually vibrant local market, visiting journalists seem to have fallen victim to the media centre’s undeniable charm, with many opting to remain there for much of their stay. Given that the centre has an array of free food and drinks available and an enchantingly vibrant environment, this decision is more than understandable. Furthermore, staying in the safe confines of the media centre reduces the risk of being caught up in a potentially violent protest, which for obvious reasons, further disincentives people from exploring the city.

Understandable as it may be, this increases the asymmetry in burden sharing between the visitors and the locals, with the latter group bearing many of the social costs that come with hosting such a high-profile summit. The inevitable increase in on-the-ground police surveillance is one of the more serious burdens, with clashes between protesters and the police wreaking havoc in various parts of the city.

With preparations for the next three summits already underway, organisers would do well to realise that the summit’s gain is often the city’s loss. Perhaps then, leaders will use more than just flattery to appease the domestic audience.

When Tocqueville and Marx Agreed