The Illusion of Transparency at the G20 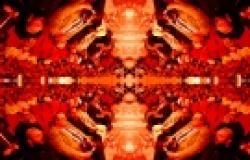 International Media Centre – G20 Hamburg Summit. In the Media Centre in Hamburg ahead of the 12th G20 Summit we see the world’s press gather to report on the whole process. As they tweet, blog and describe their way through the summit, the eyes of the world will turn to Hamburg. Every aspect of the process will be scrutinised from food to body language.

With transparency on the agenda for a number of the upcoming talks could the summit itself provide the ultimate example of a transparent governmental process? As the press releases are drafted and published, each document will be poured over by an eager press. With thousands of journalists and related media attending the summit and millions more following online, each word, action and decision will be analysed, critiqued and criticised by journalists around the globe. The Media Centre will be open and functioning around the clock as each country reports on its own agenda.

At a time when transparency is being called for in the areas of climate change, finance and trade, there are increasing demands to pursue an open agenda. The media has the potential to help facilitate the transparency that is aimed for in the areas of tax avoidance and beneficial ownership. In a Joint Letter to the G20, Jean-Claude Juncker and Donald Tusk of the European Union argue that cooperative arrangements in these areas will advance the global fight against both “abusive tax behaviour” and “terrorist financing”. Similarly developing stricter transparency regulations is a major goal for the upcoming climate change talks.

Although the media circus around the summit means that each aspect of the talks are scrutinised, the majority of the decision-making process will occur unseen behind closed doors. This results in a kind of paradox in which the media presence simultaneously helps to enforce an open political process but necessitates private talks. In the end perhaps the G20 can only ever achieves the illusion of transparency.