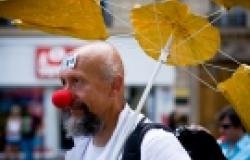 International Media Centre – G20 Hamburg Summit. The fifth G20 Summit, held in Seoul in 2010, represented a watershed in Korea’s global standing. Similar to the 1988 Olympics that heralded the birth of the current Korean republic, the summit showcased both Korea’s position among the leaders of the international community and its more mundane organizational competence. At subsequent summits, however, Korea’s profile has been more usually overshadowed by the persistent issue of North Korea’s nuclear program. The Hamburg G20 Summit (newly elected President Moon Jae-in’s first leaders’ summit) was preceded by a meeting with mainland Chinese leader Xi Jinping in Berlin on Thursday. A trilateral meeting on Friday morning with US President Donald Trump and Japanese Prime Minister Abe Shinzo provided an opportunity for Moon to increase the pressure against North Korea after its successful test of a long-range missile on Tuesday.

Trump has shown an unhealthy willingness to wade into the Korean quagmire with the threat of aircraft carrier groups and tweets in response to developments on the peninsula. After Pyongyang most recently tested a missile – capable by some estimates of reaching continental America – Trump asked Kim if he had “anything better to do with his life”. Such diplomatic nuance, for want of a better phrase, belies an unwillingness to engage deeply with the substance of the nuclear issue, and harms the credibility of a more general US policy response. Moreover, the US President’s growing impatience with what he sees as insufficient pressure from the Chinese against the North Korean regime is unlikely to stimulate any major behavioral changes on Beijing’s part. While much is made of China’s access to the hermit kingdom, such arguments raise obvious questions of the Chinese willingness to intervene on behalf of (usually) US initiatives.

A report, which was circulated through Chinese state media after the Berlin meeting between Xi and Moon, effusively praised the new Korean government’s policy of dialogue with the North. As China responds to the winds of Trump’s favour blowing against it once more, the opportunity to improve relations with South Korea without tightening the screws on the North is a welcome one. Despite this, it has been argued that such photo-friendly meetings between Xi and other leaders are unlikely to stimulate much actual change in China’s regional security policy.

It is also worth noting that a revival of the Sunshine Policy in the form of its previous iteration would violate existing UN sanctions. Moon has also called for the strengthening of multilateral sanctions against the North, while stressing his willingness to resume high-level contact with Pyongyang. This represents a significantly more hawkish approach than what might have been expected when Moon heralded his initiative as a “new Sunshine Policy”. It also requires an alignment of US and Korean visions for dealing with a North that is fast approaching major nuclear power status.

Korea’s G20 experience in Hamburg has once again been defined by denuclearization and security – not to mention unhelpful Twitter potshots from the erstwhile leader of the free world. Moon’s approach to both issues indicated a willingness to chart out an active response to these challenges and use the opportunity presented by Hamburg’s platform to make headway on them. Speaking at the Korber Foundation in Berlin the day before arriving in Hamburg, Moon stated that it was time for Korea to take the driving seat in determining its own destiny. This will necessitate cooperation with China, Japan and the US in order to achieve a multilateral solution that avoids escalating tensions on the peninsula and continues to guarantee the security of the region.

What to Read on Afghanistan?