Darkness that Illuminated the World: Italy by Braudel 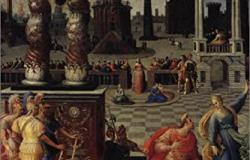 Fernand Braudel wrote several smaller (in size) books that dealt with his favorite themes of capitalism and the Mediterranean. One of them is “Out of Italy” (or in the French original, “Le modèle italien”). Neither title is ideal because it does not convey what the book is really about. It is about the leading role that the “Italian” culture, architecture, trade, banking, poetry, music and science played in Europe between 1450 and 1650. “Italian” has to be put between quotes because it includes not Italy, a political unit which of course did not exist then, but cities like Venice, Genoa, Florence, Naples, Pisa, Rome, Milan. What the French call, “le génie italien”. 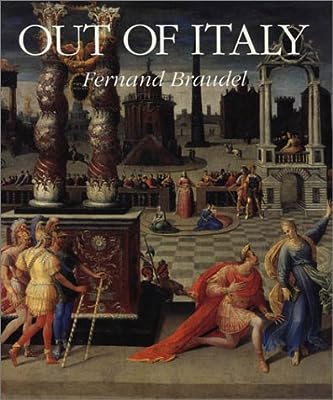 About three quarters of the book is a description of an incredible efflorescence of the Italian cities that, by exporting their savoir-faire from banking to opera transformed Europe and the world. Braudel details the Italian intellectual hegemony over Europe, especially so in architecture and painting. A discussion of how the baroque “out of Italy” came to dominate Europe is minute, replete with hundreds of names (or which I think I  knew at best 10 percent), and encompasses history of Europe from England to Cyprus. One gets the feeling that Braudel is at times writing a tedious homework whose objective is to persuade every doubting Thomas of the extraordinary cultural rayonnement of Italy. It is not the part of the book that plays to Braudel’s strengths.
There are parts that, depending on one’s interests, the reader is likely to find either more or less interesting, boring or exciting. I was overwhelmed (or bored) by architectural details or developments in painting; but I found the description of the evolution of the “commedia dell’arte” fascinating. Other readers might feel exactly the reverse.
But Braudel, the economic historian, comes to his own territory only in the last fifty pages where he addresses, alas too briefly, two big questions: why did Italy decline after 1650, and what is the relationship between economic success and cultural rayonnement?
Braudel dismisses the explanation of the Italian “demise” that is based on the success of Counter-Reformation. According to this view, the battle to contain Protestantism needed all energy possessed by the Papacy and Italy, and the external success in damming the forces of Lutheranism had to be paid for by stifling the internal forces of “reason” as shown by Galileo’s trial, Giordano Bruno’s execution, and the first practice of book burning. Italy was the victim of its Catholicism. This is somewhat akin to what many autocratic regimes do: destroy domestic dissent in order to solidify its own ranks and win external victories. Braudel rejects this explanation by claiming that North European approach to free thinking was not more tolerant than that of Italian Catholics. He is similarly dismissive of Max Weber’s attempt to establish a link between Protestantism and capitalism. Capitalism existed from at least the 13th century Venice and Genoa. It was not invented by Calvinists.
The root of the Italian “demise”, according to Braudel,  was in “decadence” where sturdier, hungrier, more hard-working, poorer Northerners, the Dutch, and later the British, encroached first on the Italian city-states’ monopoly of the Mediterranean trade and afterwards displaced Italian traders from the Atlantic. In Braudel’s reading of history, this was not a “natural” displacement driven by Northern European better geographical position vis-à-vis the Americas. One could travel from Genoa to the Americas as easily as from Amsterdam. But the Dutch outplayed the Italians and the Spanish, especially after they obtained the control of the shipping routes between the Mediterranean and the North Sea, in the same way in which the Italians outplayed the Arabs earlier. Arabs too were richer, but grew conceited and self-absorbed, and their trading posts in the Mediterranean were taken one by one by the Italian city-states. Similar was the fate of Italy five centuries later at the hands of North Europeans.
As they were losing a shipping battle, the Italian city-states were also losing the industrial battle: “What happened to Italy was a long, catastrophic industrial crisis followed on the heels of a long, catastrophic shipping crisis” (p. 266). But Italian bourgeoisie was wealthy: what did they do? They invested: “money was taken out of national circuits to be invested in whatever foreign government loans looked promising” and in the agricultural production in nearby lands. Rich Italians became gentlemen farmers and rentiers, no longer merchants and industrialists. As Bas van Bavel has recently argued in “The Invisible Hand?” (reviewed here), the financialization of the economy spelled the doom of Italy. It was wealthy but it was producing less and less, its fleets shrinking, its industrial output declining.
Braudel asks the question: suppose that an economist from the 21st century with full knowledge of what happened between 1650 and now had to advise Italian city-states of the 17th century what to do. He could have never convinced “the Venetian patricians to go back into shipping when they were making profits of 100 percent of their agricultural land” and similarly on lending. “The learned [economic] doctor would have been treated to the gales of laughter” (p. 267).
Similarities with today’s heavily financialized and “outsourced” economies of the Northern America and Western Europe are glaring. Braudel does not mention them, perhaps out of good taste, or perhaps because the book was written in the early 1980s when the roulette economy of the West was not as prominent as today.
How about Braudel’s original theme of cultural influence and intellectual grandeur? He sees them as being spawned by economic decadence. The stages of economic decline produce cultural flowering.  As his last sentence in the book says, “night fell at least twice in Italy, first in about 1450, then again in about 1600. The sky of the whole of Europe was lit by it.”
This first appeared on Branko's blog and was reposted with permission.