Have we reached the End of Post-War Liberal Statebuilding in Africa? 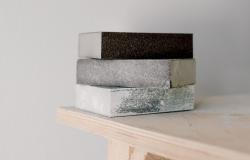 There is growing disillusionment about the possibilities of state reform in post-war countries due to the mixed record of post-war liberal statebuilding. Ntagahoraho Z. Burihabwa and Devon E. A. Curtis argue that some of the pessimism is based upon inaccurate views of ‘liberal’ international actors encountering ‘illiberal’ domestic elites. International policy-makers should be more attentive to the diversity of views and ideas about appropriate governance practices, often within the same political party.

‘This decision about Afghanistan is not just about Afghanistan. It’s about ending an era of major military operations to remake other countries.’ For some observers, US President Biden’s statement discussing the withdrawal of American troops from Afghanistan signals the end of post-war liberal statebuilding around the world. This comes as international enthusiasm for post-war liberal statebuilding continues to wane since its heyday in the late 1990s and early 2000s. In part, this is because of the highly visible failures of liberal statebuilding in Iraq and Afghanistan, and the mixed record in post-war African countries. In some countries such as Somalia, South Sudan, Mozambique and the Democratic Republic of the Congo, there has been a continuation or renewal of armed conflict or of authoritarian governance practices.

The conclusion that is often espoused in the international media and among some policy circles is that attempts by the ‘liberal West’ to encourage or impose liberal state practices in post-war African countries fail due to the resistance to liberal ideas by African elites. In other words, liberal statebuilding fails when the ‘liberal’ West encounters ‘illiberal’ African elites. This view is particularly pervasive when the post-war government is led by a political party that was a former armed movement, as in Angola, Burundi, Eritrea, Ethiopia and South Sudan.

Such a view misrepresents both international and African agency. Growing bodies of scholarship point to a diversity of views outside and within Africa and the need to reject dichotomous categories such as the ‘liberal international actor’ vs the ‘illiberal local actor’.

In the pitting of ‘international’ vs ‘local’, the figure of the ‘international’ is usually assumed to be advanced western democracies. Yet, of course, not all western elites are liberal. The authoritarian tendencies of former US President Donald Trump as well as the rise of far-right parties in several European countries offer a powerful corrective to a view of a homogeneous liberal ‘west’. There is no consensus in favour of liberal institutions and practices. Even though multilateral institutions such as the United Nations and many western donors profess an attachment to liberal statebuilding, there is no agreement over what this means and whether this rhetorical commitment is a cover for other geopolitical interests. Liberal statebuilding may serve as ideological legitimation for hierarchical and coercive interventionist practices. At a minimum, liberal ideals are often in tension with other objectives. Indeed, military occupation, such as the twenty-year intervention in Afghanistan, is not compatible with liberal statebuilding.

Furthermore, this approach to international post-war statebuilding relies on problematic knowledge claims. It assumes that these ‘liberal’ outsiders can know and map out social relations in a post-war country and then act upon them with predictable results. Similar knowledge assumptions underpinned colonialism and other interventions, including some forms of development assistance. When these interventions do not have their desired effects, typically the ‘blame’ is placed on the recipient country, rather than questioning the knowledge systems underpinning these interventions.

Similarly, the view that elites in post-war African countries have illiberal tendencies that block efforts at liberal reform is overly reductive and simplistic. Certainly, some governing elites in post-war countries may revert to authoritarian tactics to consolidate and maximise their power. For post-war ruling parties that were former rebel movements, there may be powerful organisational legacies and militarised chains of command that sit easily with more authoritarian rule.

But African ruling elites operate within changing power relations and historical conditions. Ideas of representative government and civil and political rights are not the monopoly of western liberals nor are westerners the sole authors of such ideas. There are rich and diverse traditions of inclusive politics found in a multitude of settings, and contemporary elites sometimes draw on these ideas and traditions, just as they sometimes draw on those more exclusionary and authoritarian.

When post-war ruling parties adopt authoritarian tactics, it is easy to forget the multiple and sometimes conflicting views held by domestic elites. Our research looks at the ruling party of Burundi, the CNDD-FDD, a former rebel movement. Since winning elections in 2005 after the Burundian civil war, it has dominated Burundi’s post-war statebuilding trajectory. The CNDD-FDD is typically viewed as authoritarian and illiberal, but our research shows that senior figures within the CNDD-FDD held a multitude of different political views and commitments. The drift towards more authoritarian statebuilding was contingent upon CNDD-FDD power relations, but this was not inevitable nor is it irreversible.

In Burundi, at several key moments there were key figures in the CNDD-FDD that expressed a commitment to more inclusive and consensual politics. This may have been for instrumental reasons, or it may have reflected a deeper commitment. Yet the existence of these multiple, sometimes contradictory tendencies in Burundi and elsewhere remind us of the contingent nature of politics, and the importance of avoiding simplistic labels on African political parties and movements. In Burundi, the inability of many international actors to embrace this complexity and engage with the CNDD-FDD and its internal politics accordingly proved detrimental.

Can statebuilding be recovered?

The persistence of dichotomous and inaccurate categorisations of ‘internationals’ and ‘locals’ has consequences. It leads to tacit acceptance of statebuilding strategies that rely on authoritarian principles such as control of information, militarised politics and the repression of opposition and dissent. In some quarters, it has led to calls for an end to post-war liberal statebuilding in Africa and a retreat by internationals. We believe that this would be misplaced. Statebuilding can be recovered if it is reinscribed with different principles. Rather than starting with assumptions that ‘internationals’ and ‘locals’ are different and that the problem to be resolved is to build states according to an imagined Western liberal ideal, we argue for a move away from solutionist thinking and military intervention. A better starting point is one that recognises contested politics and the diversity of views within post-war countries, and that requires more thorough analysis and greater humility among outsiders.

Ntagahoraho Z. Burihabwa holds a PhD from the Institute of Development Policy at the University of Antwerp in Belgium, which he attained in 2017 with a dissertation on the transformation of the CNDD-FDD from rebel movement to political party in Burundi. He started his professional career as a military officer in the Federal Armed Forces of Germany and is currently working in international affairs.

Devon E. A. Curtis is an Associate Professor in the Department of Politics and International Studies at the University of Cambridge and a Fellow of Emmanuel College.

This first appeared on Africa@LSE.

Photo by Ksenia Chernaya from Pexels