The Politics of India’s Foreign Aid to South Asia 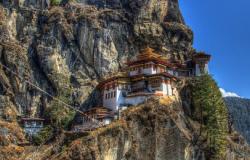 Preety Bhogal examines recent trends in foreign aid by India to South Asian economies, with special focus on ‘aid for trade’ program in South Asia. The article compares India’s foreign aid model to the West and highlights India’s inherent political and strategic interests in providing development assistance to her neighbours.

The title of ‘foreign aid donor’ is no longer exclusive to rich developed economies. Many developing countries have lately transformed themselves from aid recipients into aid donors. India is an example of such a transformation. Despite receiving aid for years, India has extended development, humanitarian and technical assistance to countries in different parts of the world. South Asia is one of the major recipients of aid from India. It is important to explore India’s interests in providing aid to her neighbours.

India emerged as a benevolent donor for her immediate neighbours with total foreign assistance, including technical and economic cooperation, and loans to foreign governments, increasing dramatically over the past years. During 2009-10, India provided US$ 383.01 million in aid and loans to South Asian countries (except Pakistan), which has expanded to US$ 1,149 million in 2015-16. Out of India’s total foreign aid budget in 2015-16, about 74.6 percent was pledged for Bhutan, followed by 9.1 percent for Afghanistan, 6.6 percent for Sri Lanka, 4 percent for Nepal and 2.8 percent each for Bangladesh and Maldives. The pattern of aid allocation in South Asia has however remained constant during 2009/10 – 2015/16, with Bhutan continuing its reign over the aid budget.
The relative shares of these economies in the aid outlay indicate their reliance on India on the one hand, and India’s strategic and economic interests in them on the other. It is noteworthy that aid by India to smaller nations in the neighbourhood goes beyond altruism. A clearer understanding of India’s motives for extending aid to South Asian economies comes from a critical analysis of her aid programs.

Bhutan is a landlocked country and has more than half of its trade with India. In 2015-16, the bilateral trade between India and Bhutan stood at US$ 750.22 million, which represents nearly 55 percent growth over the previous year. Bhutan holds greater significance for India as it is an important source of India’s imports of electricity, base minerals, cement, chemicals and wood products. Particularly, hydropower electricity is central to cooperation between India and Bhutan. A major part of India’s aid to Bhutan during 2016-17 – approximately 78 percent is budgeted for construction of hydropower projects namely 1200 megawatts (MW) Punatsangchhu-I, 1020 MW Punatsangchhu-II, 720 MW Mangdechhu and 600 MW Kholongchhu, among others. Developing large hydropower projects in Bhutan is in India’s economic interests as it gets easy access to cheap electricity, especially during times of power shortages. With escalating demand and competition over energy resources in the world, India is undertaking numerous projects in its neighbourhood for securing reliable and cheap sources of energy supplies.

Driven by similar interests, India has endeavoured to strengthen relations with Afghanistan, which provides an easy route to Central Asia – the hub of energy, minerals and gas resources and access to markets in the Middle East and Europe. India’s foreign aid activities are mainly focused on reconstruction and development of Afghanistan, which would provide security and economic benefits to India in the longer term. Various infrastructure projects, including construction of the Afghan Parliament, Salma dam – hydropower and irrigation project, Zaranj-Delaram highway project (linking Delaram road in Afghanistan to Iranian border Zaranj) have been initiated by the Indian government in Afghanistan with an intention of greater access to country’s energy markets. India’s foreign policy for Afghanistan has significantly changed over time in response to Kabul’s growing centrality in many energy projects such as Turkmenistan-Afghanistan-Pakistan-India gas pipeline project, and the Central Asia and South Asia 1000 electricity transmission and trade project.

India is also funding various infrastructure development projects in Sri Lanka, Bangladesh, Nepal and the Maldives. These are typically ‘aid for trade’ projects as they aim at developing these countries’ trade capacity and infrastructure (roads, sea ports and airports), which significantly alters the time and costs of trading with them. Due to limited transport arrangements connecting countries in South Asia, trade costs (or transport costs) are typically high for traders in this region. India intends to reduce the cost of trading by directing aid towards improving regional transport connectivity, especially between north-eastern states in India and landlocked countries like Bangladesh, Bhutan and Nepal. Enhancing connectivity among countries in South Asia fosters regional growth and prosperity.

Besides economic interests, India also has strategic and security interests in South Asia that it pursues through its foreign aid programs. Bhutan, Bangladesh and Nepal share borders with both India and China. Should China gain access to these countries, it would open an easy route for it to eastern and north-eastern states in India. This raises a security concern for India. In response to this threat and to ensure regional connectivity, India is engaging with South Asian countries on a sub-regional level. It has inked motor vehicle agreements with Bangladesh, Bhutan and Nepal, which would provide an easy and seamless movement of cargo, people and vehicles among them.

China is relentlessly competing with India for power and influence in South Asia. It has been trying to strengthen its relations with South Asian countries due to their immense potential in energy and trade markets. These economies are also a significant part of China’s string of pearls strategy and would help to encircle the Indian Ocean, thus establishing China’s control over important sea trade routes. China has also shown interest in stabilising Afghanistan in order to establish safe trade and transport networks in the region. Yet, this appears to be challenging given China’s interests in bolstering the military capabilities of Pakistan, which is alleged to be inflicting terror in South Asia. China has invested funds of nearly US$ 46 billion in the China-Pakistan Economic Corridor project that would link western China to Gwadar port in Pakistan through a network of roads and railways. This would open markets for China in western Asia, extending to Central Asia and Europe. In order to check China’s growing footprints in South Asia, India has expedited its own plans to establish links with Chabahar port in Iran via Afghanistan.

Traditional theories of foreign aid suggest that western countries generally provide conditional aid, which might not promote economic and social development of the recipient. Aid by western countries is tied to the recipient’s assent to neoliberal preconditions (ranging from trade-investment liberalisation to governance and human rights) as set out in the ‘Washington Consensus’. The low level of development in recipient countries however makes it difficult for them to comply with the radical democratic reforms stipulated by the consensus. This is exemplified by the persistently low levels of development and income in Africa despite receiving plenty of foreign aid from United States, which apparently is also its largest trade partner. The western countries did not invest adequately in developing the African economy, which is endowed with a large natural and human resource base.

Alongside conditional transfers, a significant proportion of aid from the west is targeted at social sectors like education, health, sanitation and water supply, government and civil society, among others. Nearly 42 percent of the total aid commitments by various donor countries in 2013 were focused in Africa’s social sector in comparison to only 19 percent for the economic and production sectors. United Kingdom has been a significant contributor of aid to Africa for years. However, this aid is concentrated mainly into relief and disease prevention programs. This kind of assistance surely alleviates distress in the shorter term but does little to build recipient’s capacity to become self-reliant, which fosters long-term self-sustaining growth. Instead it is recommended that western countries should direct aid towards productive sectors that could generate employment and income for the recipients in the long run. The focus of any aid model should be domestic resource mobilization and infrastructure development, which are pivotal in promoting self-reliance among the recipients.

Indian aid perfectly fills this space as it provides untied aid in the form of concessional grants and loans to her neighbours, targeted at infrastructure development. India provides aid to her neighbours in sectors that hold mutual economic-strategic interest, such as transport, energy and democracy. In this manner, India acknowledges the development needs of her neighbours, especially smaller landlocked countries like Bhutan and Nepal. Development cooperation is encouraged in areas with vast potential such as hydropower electricity in Bhutan, road and rail connectivity projects in Nepal. Indian aid programs also do not interfere with recipient’s domestic policies and respect their sovereignty. These programs thus are incongruent to western aid strategy as they have a direct impact on development of the recipient via targeted investment in sectors like energy, manufacturing, connectivity, trade infrastructure etc.

Teresa Hayter succinctly describes foreign aid as an instrument for promoting imperialism because it sustains the unequal relationship between donor and recipient. Foreign assistance from India however does not promote a culture of pauperization (or absolute dependence) in the recipient country as advocated by traditional foreign aid theorists. India’s aid strategy in South Asia rests on tenets of common development, equality and mutual benefit. In addition, Indian aid projects provide autonomy to the recipients as these are based on a demand-driven approach wherein aid-receiving countries identify priority sectors for investment and development cooperation. These sectors are predominantly energy and transport, which are pivotal to development of the entire South Asian region. India’s aid strategy in South Asia is focused on enhancing the export potential of the recipients’ priority sectors by providing them support in the form of technical knowledge, capital resources, capacity building etc.

India does not follow ‘one size fits all’ approach while providing aid to South Asian economies. It formulates an aid package specific to interests of the recipient country. For instance – in Afghanistan, India’s development assistance projects cater to stabilising the war-prone country, with looming security threats from extremist groups, by building the democratic capacity of the Afghan government and its institutions. This is quite different from India’s aid projects in countries like Bhutan, Bangladesh and Nepal where the majority of aid is concentrated in developing infrastructure for trade and transport connectivity.

It can be concluded that aid from India to South Asian economies, although contradicting the western approach, is potentially more beneficial and effective in achieving development goals because it is targeted at relevant productive sectors. An effective foreign aid strategy requires that donor nations respect recipients’ sovereignty and development needs. This is aptly demonstrated by India’s aid programs in South Asia that are based on common development goals and are guided by recipients’ needs and demand.

Preety Bhogal is Junior Fellow with Observer Research Foundation in New Delhi, India and can be contacted at preety.bhogal (@) orfonline.org

The Changing Face of Aid

In Whose Name Are You Speaking? The Marginalization of the Poor in Global Civil Society