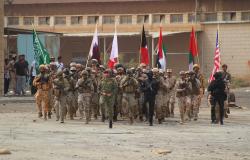 With a new Administration on its way to the White House, an evolved threat landscape, and more uncertainty on the horizon, the states of the Gulf Cooperation Councils are best advised to look into the Nordic region and draw lessons from their regional cooperative efforts as well as their total defence concept.

The six Sheikhdoms of the Gulf Cooperation Council (GCC) are entering one of their most tentative periods; one that has coincided with an internal rift between the council’s members and a change of old guards at the leadership level with the exception of Bahrain. Not only is their neighborhood set to undergo rapid geopolitical changes in the emerging multipolar world order but they must also grapple with new security threats that are rapidly in the making.

Their key security partner, the US, is experiencing a relative, yet steady, decline in its power which could have repercussions for the nature and scope of its commitment to, and engagement with, these states. Equally consequential, Washington’s dependency on foreign oil has been on a downward trajectory while a new global energy order, one that is much less centred on fossil fuels, is fast in the making.

All the while, the old security problems remain intact. Sectarian tensions show no sign of abating and disagreements amongst regional actors are on the rise. To gain a substantive perspective on this, recall that Ankara was on a path to zero problems with its neighbours a decade ago. Today, it is on course to gradually replace Tehran as the key regional spoiler.

As such, GCC states’ leaderships need to rethink their defence posturing and strive for a multi-layered strategy; one that complements their current bilateral and multilateral arrangements. Equally urgent, they need to think of ways to reform the debunked Gulf Cooperation Council simply because the Biden administration will not tolerate the continuation of the Qatar blockade. On both fronts, the GCC Royals could find insightful clues and drive inspirations from the Nordic region.

Nordic Cooperation as a Model for a Reformed GCC

If there were any doubts with regard to President-elect Biden’s intention to overhaul US’s policy toward the sub-region, his choices of senior foreign policy staffs leave no doubt that he will seek to undo his Trump’s highly transactional approach towards the block. Above all, Mr. Biden will pressure Saudi Arabia and the UAE to mend ties with Doha and end their three years long blockade.

To this end, it is safe to assume that there cannot be business-as-usual once the two sides resume their relations. Due to the increased mistrust between the member states, it is inevitable that there will be demands for a reformed GCC. In fact, Doha has already paved the way for such an undertaking with the Qatari Foreign Minister calling for a reformed GCC in December 2018. Having gotten used to life under siege, Qatar seems determined to use the crisis as an opportunity to achieve a wider strategic goal: a reformed GCC in which no one state enjoys special status.

Given its institutional design as well as the geostrategic context in which it operates, the Nordic Cooperation (NC) stands out as the most promising model. It offers both a dual institutional design – the Nordic Council (NC) handles parliamentary cooperation and the Nordic Council of Ministers (NCM) deals with intergovernmental cooperation facilitating trust building and candid policy discussions and debates – and also an informal and flexible structure that allows for both collective leadership and selective participation in/commitment to initiatives and/or policies.

Like the GCC states, member states of the NC have close cultural, historical, communal, and linguistic ties which, by and large, have facilitated close cooperation between them. Moreover, the Nordic states have similar economies that at times have pitted them against one another as competitors. They have, however, been largely successful in mitigating such rivalries via the NC, and hence their experience could serve as a useful roadmap for GCC states in their attempt at devising regulatory mechanisms for the management of their commercial ties.

Regionally, NC states have had to deal with a difficult neighbour – Russia – though each favour different approaches towards Moscow. While Denmark and Norway have usually called for a hardline attitude, for instance, Sweden and Finland have preferred a more conciliatory posture. They have, therefore, used the NC and its informal mechanisms to resolve their differences and adopt a unified front vis-à-vis Russia.

Given their divergent views on Tehran, GCC states could benefit from investigating the mechanism for such an undertaking in their design of a unified approach towards Iran or indeed Turkey. In a similar vein, the Nordic approach towards wider regional cooperation in relation to the Baltic states, an institutional format commonly referred to as N5+3 or NB8, covering energy, finance and transport, could prove invaluable for the formation of a comprehensive GCC-Horn cooperative framework.

Globally, the five Nordic nations face similar security dilemmas to their counterparts in the GCC, in that they can no longer take for granted the United States’ commitment to their security. They also must grapple with the task of balancing their commercial interests and security concerns in their dealings with an ever-more assertive Beijing. Their response to these developments in the form of increased cooperation and coordination within the NC, NCM, and Nordic Defence Cooperation (NORDEFCO), once again, contains essential lessons for the GCC states in redefining the nature of their own ties with the United States and China. Of particular relevance are N5+1 arrangements with both Washington and Beijing which have given the Scandinavian states more bargaining power in their relations with the two global giants.

Thanks to the changing global order and threat landscape, individual Gulf states also need to reformulate their defence strategies by seeking to move away from an overt reliance on external actors and a narrowly defined concept of security confined to military attacks. In so doing, the Nordic concept of total defence provides an option worth careful consideration. As a-whole-of-the society concept, it reduces overt dependency on outside guarantors by increasing the overall material, operational, and psychological resiliency of a country.

Pioneered by Sweden and Switzerland, total defence, put briefly, rests on two pillars: the will of the people, communities, and the private sector to effectively resist intrusions, and the ability of the state to rapidly mobilise all the private sector, civil society, and indeed state resources in the service of resistance and defence. The overall objective is to ensure the uninterrupted functioning of the socio-economic and political life to the largest extent possible. As such, special emphasise is placed on psychological resiliency and improved public knowledge of both coping with, and responding to, crisis situations. For this to be achieved, in turn, unambiguous communication on what conflict and grey-zone threats look like and detailed planning for, among other things, sourcing and stockpiling of strategic goods or alternative means of payment are a must.

Similar to Sweden and Switzerland, small states of the GCC economic livelihoods and socio-political stability are dependent on, and benefit from, open trade, a rule-based international order, and the continued viability of strong multilateral institutions. Moreover, these states are in close proximity to two larger neighbours both of which harbour regional leadership aspirations: Iran and Turkey. This is not to mention that at times Saudi Arabia has been considered a threatening force by its smaller neighbours. Beside Qatar, both Kuwait and UAE have had their own fair share of troubles with Riyadh.

As the region’s trading and logistic hubs, Qatar and the UAE would greatly benefit from the implementation of a total defence approach at a time when “changes in the environment and in the global economy are increasing the frequency and magnitude of shocks” to supply chains and trade hubs around the globe. Given their economic dependency on global trade, both Qatar and the UAE need to increase their cyber, economic, and societal resiliency as disruptions become more frequent and more sever. As valuable as foreign military bases are in deterring conventional attacks, their presence does next to nothing to mitigate unconventional threats.

In the case of Kuwait and Oman, where there are concerns over outside meddling as they undergo leadership transitions, strengthened resiliency can go a long way to allowing these regimes to maintain their neutral stance on various contentious issues. Sure, the US’s security guarantees would deter military attacks. However, as evident in the case of Qatar, they will not deter adversaries from implementing hybrid tactics.

Total defence also has the added advantage of strengthening national identities while simultaneously increasing citizens’ psychological resiliency to put up with hardship. It could complement GCC states efforts to develop a strong sense of national identity amongst their citizens because its successful implementation is largely dependent on creating a solid will to fight amongst the populace. States can run public campaigns emphasising the value of patriotism while retired military officers can be employed to set up community organisations to not only train their neighbours on the basics of defence preparedness but to encourage patriotic conduct.

As for psychological resiliency, suffice to say that GCC states urgently need to devise initiatives to strengthen the mental toughness of their citizens and residents. A glimpse of this was on display in the first days of the Qatar blockade when panic buying led to serious shortages of essential goods. This is pivotal because rationing might be the only option in the event of a prolonged blockade or conventional war. Having an intolerant public could cause chaos and lead to a fast defeat from within. For instance, Qatar and the UAE could undertake similar initiatives to their public fitness challenges in order to strengthen the public mental stamina.

Due to the importance of the private sector as a partner for the state, finally, total defence ought to be a natural choice for GCC states; in fact, it would only strengthen ties between well-known merchant families and ruling elites. Thanks to the tribal nature of politics and close bonds between ruling families and prominent tribes, families with established links to royal courts are essentially allowed to run monopolies in return for absolute loyalty. Unlike their counterparts in the West, thus, key players in the private sector do not need to be incentivised to cooperate with the state and lend their resources to the government in times of crisis.

The Swedish-Swiss approach to resilience and total defence is born out of a strategic need to be able to defend their territorial integrity and cyberspace, and to retain their access to outside markets with limited resources and minimal reliance on outside powers. As such, it is worth careful investigation by the GCC states even if they can afford developing, or hiring, significant military forces. It is a defensive concept which enables states to preserve the status-quo using predominantly nonmilitary means, and that its implementation less likely to be considered as provocative or hostile by other states.

Moreover, GCC states established bilateral security ties with outside powers ought not to be an obstacle in their adaptation of total defence as demonstrated by Singapore. Rather, the key challenge is their outdated immigration and citizenship policies. Since foreigners constitute a significant bulk of their populations, locking-in their loyalty and avoiding their mass exodus at times of crisis requires GCC states to, at a minimum, bestow upon them more rights.

Regarding a reformed GCC, finally, the objective must not be to mirror the Nordic model of regional cooperation. For one, it is not a perfect model with its key strength – flexibility and an informal structure – also being its main weakness as agreements do not necessarily translate into formal commitments. Still, it is a well-functioning institutional design which shares a number of important contextual commonalities with the GCC states and their strategic environment, and thus it could certainly serve as a signpost for reform.

Nima Khorrami is a Research Associate at The Arctic Institute.

“This Ain’t No Technological Breakdown”: The Great Disruption of 2020*