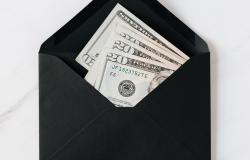 Euan Burns examines which remittance-dependent countries are likely to be most affected by the Covid-19 global pandemic.

The different ways in which the Covid-19 pandemic is affecting people’s lives is seemingly endless. First and foremost is of course the staggering death toll, which according to the Johns Hopkins University currently stands at 2.55 million.

The next most devastating effect of the pandemic for most is the economic turmoil it has produced and will likely continue to produce for many years all over the world. There’s a particular type of economy that is struggling even more than others, due to their reliance on the economic performance of others; remittance-dependent economies.

These countries see large percentages of their population move to other countries for higher paid work than they would get at home, and then that money earned is sent back home. It’s one of the major drivers for mass migration all over the world.

The scale at which remittances add to some economies can be staggering. For example, Egypt’s annual remittance income is triple the revenue it receives from the Suez Canal. Similarly, in 2013, India’s remittance income was $72 billion, which is more than its entire IT exports.

In developing economies, remittance payments work as a type of insurance that protects the migrant worker’s family from localised problems such as unemployment and often conflict. When the situation in their home country deteriorates, the worker’s response is to send more money home. This is only viable, however, if the country they are working in continues to have a strong and stable economy. That’s where the pandemic has caused a trickle-down of economic instability.

Which countries rely on remittance payments?

There are countries that operate like this all over the world, but there is a particular region that is more reliant than any other; the Pacific Island countries. According to the World Bank, 41% of all remittances sent in 2019 went to economies in the Asia Pacific. Of these countries, Tonga is the most remittance dependent. 39% of its GDP was made up of remittances in 2019, an amount totalling $252 million. Other countries from the region in a similar situation to Tonga include Nepal, the Philippines, and Samoa.

As is common all over the world, people from this region tend to move abroad to work in service-related jobs. Women often find themselves in domestic and caregiving roles, and men usually earn money from seasonal agricultural work. In terms of the countries that migrant workers move to, it’s most often Australia, New Zealand, the United States of America, and Canada.

Another region that is heavily reliant on remittances is Central Asia. The World Bank stated that in 2019 Tajikistan and Kyrgyzstan were the fourth and fifth most remittance dependent countries in the world, based on the percentage of GDP. The only countries ahead of them were Nepal, Haiti, and Tonga. Central Asia is a region that contains, relatively speaking, very new countries. Tajikistan and Kyrgyzstan only became independent nations in 1991, as a result of the fall of the Soviet Union.

Tajikistan is the poorest of the Central Asian nations, predominantly due to its lack of arable land. It’s incredibly mountainous, with over 90% of its land considered as upland. Both Tajikistan and Kyrgyzstan have struggled to forge strong economies because of conflict and poor governance. This means many workers head to Russia and send their money home.

How does Covid-19 affect this?

Even the economies of the global superpowers have been drastically affected by the global pandemic. Unemployment rates are soaring and profits are plummeting. Governments are having to spend astronomical amounts on maintaining jobs and protecting industries. This means that in many countries, the work that migrants rely on is disappearing.

Whilst we in the west may believe that after a successful vaccine rollout the pandemic will feel over, for some it means being forced back into an impoverished situation that they had worked hard to escape and shelter their families from. Bangladesh is another country that is suffering greatly from this situation. The pandemic has seen years of work to eradicate poverty in the country go up in smoke.

Remittances were worth around £11 billion a year to Bangladesh, with the majority of workers earning money in the Gulf States such as Saudi Arabia and Qatar. Construction work is often readily available, but the pandemic has seen even these extremely wealthy countries have to tighten the purse strings. These governments have offered no help for migrant workers, meaning many have returned to Bangladesh and other countries in similar situations. The Bangladeshi government reports its progress on reducing poverty to the United Nations, and they said the poverty rate had halved from 40% in 2005, to 20.5% in 2019. The pandemic is rapidly deleting this progress. By June 2020, the poverty rate had risen to 29.5%.

The same thing is happening all over the world. An already declining Russian economy coupled with the pandemic’s effects has seen millions of migrant workers head back to Central Asia and into unemployment and poverty. As the wealthiest nations at the top tighten their belts, the trickle-down effect for remittance-dependent countries is drastic.

Whilst it is significantly easier said than done, this global event could see some remittance-dependent countries execute a complete change on how they sustain and grow their economies. Leaders may have to start looking inwards at their own industries and prospects and explore how to grow them and create mass employment, effectively weaning themselves off of remittances. Migrant workers would surely rather be at home with their families than spending almost the entire year abroad. Unfortunately for so many states, this could take decades to achieve.

Euan Burns is a political correspondent for immigrationnews.co.uk. This is a media platform that helps to raise awareness about migrant injustices and news all around the world.

Plurilateral Cooperation as an Alternative to Trade Agreements: Innovating One Domain at a Time