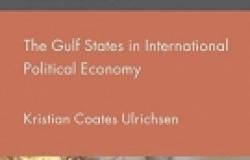 The Gulf States in International Political Economy by Kristian Coates Ulrichsen is a welcome addition to scholarship on the growing economic and political power of the six states of the Gulf Cooperation Council: Saudi Arabia, Kuwait, Bahrain, Qatar, the United Arab Emirates and Oman. The book, as its title suggests, explains the Gulf states successes in integrating in the global economy, and gives excellent empirical detail of the kinds of state strategies and mechanisms used to gain prominence and profit within international finance and international institutions. What the book does not do is situate the Gulf states as cases within a theoretical framework of international political economy (IPE), as a sub-discipline or field of inquiry. One of the weaknesses of scholarship on the Gulf remains the prevailing approach of Gulf exceptionalism, rather than efforts to apply existing theories and concepts, particularly in the understanding of international political economy, to the six case countries of the GCC. As Ulrichsen writes in his introduction, the aim of the book is not to fully engage the theoretical literature, but rather give the evidence, an historical and highly contextualized narrative, of Gulf state-led engagement in the international economy and its key institutions, mostly through trade organizations and their treaties, the hosting of international institutions and cultural or sporting events.

While this effort is commendable, there is not a clear argument to either affirm or critique existing frames and theories of Gulf state actions within IPE. Are Gulf states, some or all, exhibiting signs of a dual economy, in which the power of global market forces and logic must negotiate with a more traditional economy? Or is the power of the global market impinging upon the Gulf in a mode of exploitation? Or, as a third model, are the Gulf states challenging and upending the hegemonic forces of a Western-led economic system? These would be traditional explanations of IPE along the theoretical frames set out by Robert Gilpin. Other theoretical approaches would be interested in how domestic politics interacts with international forces in shaping Gulf states’ financial intermediation and policy choices, as Helen Milner’s work on interests, institutions and information set out. The role of interest groups in the Gulf states, even in their specific political configurations that limit civil society and dissent, remains grossly understudied. As the nascent economic reform and transformation process unfolds this year, as a result of over a decade of diversification “planning” and the immediate fiscal response to a two-year decline in oil prices, there is increasing evidence of societal response to economic policy change, in both protest and aligning of interests among local business elites and transnational corporate entities. Likewise, specific theoretical questions on the politics of finance in developing countries, and the role of ontologies or ways of thinking about best practices in debt management, monetary policy, and liberalization as in earlier work by Stephan Haggard, Chung Lee and Sylvia Maxfield, have been integral to understanding changes in North-South power relations that play out in the global economy. These economic ideologies are clearly at work in the production of Gulf states’ national visions and economic diversification strategies.

In structure, the book is organized loosely in two parts: one on Globalization and the Gulf, the second on Changing Patterns of Global Engagement. The first part engages more historical questions of Gulf economic exchange and patterns of trade in the era before oil exports. The chapters emphasize the long-standing internationalization of the Gulf, in its integration into global trade networks in agricultural products (dates and pearls) in the pre-oil era. Ulrichsen provides nice detail of how Gulf societies and Gulf leadership have struggled with integrating larger political movements, particularly movements emerging from the South and non-capitalist West, into local context. The one exception, of course, is the short Marxist supported rebellion in Dhofar, Oman from 1965-75. (p. 21) Another strong point of the first part of the book is Ulrichsen’s discussion of the role of small states in Chapter 2, as he describes a shifting international system, particularly after 1990 and the end of the Cold War, coinciding with a period of generational change in leadership across the Gulf in which new leaders were willing to differentiate themselves through international prestige projects and diplomatic efforts to partner with other emerging powers in the international system. Part I also engages debate on why Gulf capitalism, and globalization, has been state-controlled and manipulated by elites to filter international influence on society. (pp. 86-88) This is an area in which scholarship on the region would benefit from a clearer understanding of the mechanisms of state control and some delineation of agency, particularly as the boundaries between state and firm continue to be muddled.

Part Two of the book conceptualizes the economic development of Gulf states as integral to a rebalancing of geo-economic and political power from West to East and from the market to the state. (p. 103) While there is some debate on whether state capitalism has truly transformed international capital markets, there is compelling evidence that the Gulf is situated to both absorb international capital flows and to direct them through its sovereign wealth funds. Chapter 5 presents rich detail on the rise of financial intermediation within Gulf states, through merchant elites that build large regional conglomerates to the rise of financial centers to disperse that capital and combine it with state-led growth in the banking sector. Subsequent chapters on trade flows, aviation and migrant labor provide empirical evidence of the interventions of Gulf states into the global economy, in the movement of both goods and people. In the last chapter on security, Ulrichsen questions state abilities to maintain migrant labor policy with concerns for domestic stability, particularly after 2011 and the Arab uprisings and changes in communication technologies. Also compelling is his discussion of pressures and weaknesses in authoritarian states of the Gulf in their response to non-state threats. Ulrichsen posits that Gulf states will have to balance a concern for political stability in the short term with economic stability in the long term, as a zero sum trade off. The book concludes with some expectations of Gulf policy direction with preferences for bilateral engagement and increased interest in international relationships based on food security and regional security interests.

Ulrichsen’s treatment of the Gulf states is thorough and well-informed. This book will be an important reference for scholars and policymakers interested in GCC politics, finance and international relations.

Dr. Karen E. Young is a Senior Resident Scholar at the Arab Gulf States Institute in Washington, and a Visiting Fellow at the Middle East Centre of the London School of Economics and Political Science.