Canada’s Shifting G7 Agenda: Where have all the plastics gone? 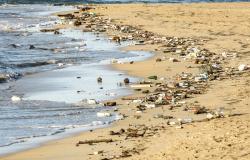 International Media Centre – G7 Charlevoix Summit. When the first draft agendas of the G7 summit in Charlevoix made the rounds, Canada appeared dead set on making the problem of marine plastic waste the centerpiece of the summit.

In February, marine litter and plastic pollution were the first item on the agenda. This was not a surprise move: turning the attention towards plastic waste was expected, if not necessarily welcomed.

The EU has done the same and increasing global awareness about the dangers of marine litter (evidenced most recently by the increased number of reports of the detrimental effects of plastic waste on marine life) made it seemingly impossible to avoid the topic. What was extraordinary, though, was that multinational corporations have also lent support to Canada’s ambitions – Unilever and Coca-Cola emerged as the unlikely champions of stepping up the corporate world’s crusade on single-use plastics. ven the US, the odd one out on climate change and the environment, has not opposed the focus on the issue.

Fast-forward four months, and climate change and the environment were relegated to the 4th place with the word ‘plastics’ no longer featuring in the agenda’s headlines (the 4th item on the agenda is now “Working together on Climate Change, Oceans and Clean Energy”).

Back in February, Catherina McKenna, Canada’s Environment Minister, spoke of getting other G7 members to sign a plastic charter, but this now looks extremely unlikely. Moreover, the public engagement document makes only a marginal mention of plastics, noting the continued increase of plastic waste in the world’s oceans.

So, with all the political and corporate support, where have all the plastics gone and why?

The relegation of plastics further down the agenda can be explained by the potential difficulties stemming from US behaviour. According to John Kirton, Director of the G7 Research Group at the University of Toronto, the anxiety over whether or not a plastics charter will be signed is justifiable. However, it makes little sense to step back on a commitment that, all other quarrels aside, enjoyed support of all G7 members.

Another way of looking at the issue might be through the lens of Canada’s G7 Presidency seeking a blanket commitment to all things climate and environment, a commitment unlikely to be signed up to by the US.

Which is why the last explanation of where all the plastics have gone might prove the most illuminating: Canada needs an international win. Canada needs to lead. And the easiest way to get a win is to put forth general, non-controversial issues leaving little space for disagreement.

Where the last few G7 summits focused on the vexed issues of security, trade, and climate change, Canada identified a gap in addressing the issue of plastics. In fact, Canada’s proactive approach allowed it to amass corporate support and introduce innovative solutions, such as an online monitoring system of plastic waste.

However, as both the EU and the UK have, in parallel, also moved forward with addressing the problem of single-use plastics and plastic landfills, Canada may have increasingly been perceived as a partner rather than a leader on the issue.

Where Canada, especially under Trudeau, became an unequivocal leader was in promoting policies of equality. A media-savvy feminist with one of the most diverse cabinets in the world, a strong liberal stance on migration, and seen as the leader who will set the record with the indigenous people straight, centring the summit around gender equality is Canada’s (and Trudeau’s) chance to shine. Plus, he has a pretty good chance of doing so with Trump at the table!

So, where have all the (single-use) plastics gone? They have been moved aside in favour of uncontroversial topics that may lend Canada an easy win on an international scale. And they have landed (in reduced amounts) at the G7 International Media Centre.