“Mother Merkel” Versus the “Axis of Testosterone” at the G20 Summit 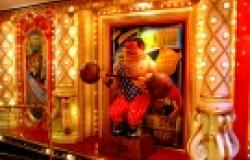 International Media Centre – G20 Hamburg Summit. With nationalism on the rise across various G20 countries, it is becoming more and more important for national leaders to prove themselves as defenders of their own county’s interests. Seemingly bringing about a form of alpha-dog diplomacy, the Hamburg G20 Summit is taking place at a time of global disunity and nationalist clashes at the international level. Complicating matters further, many of the leaders are either new-to-the-job and/or sceptical about the merits of global integration.

Ever at the forefront of many of these dilemmas, the Hamburg Summit will hopefully provide an answer to speculation over how Trump and Putin will interact with each other on the international stage as their first official face-to-face meeting takes place. BBC World News presented comparative quotes by each leader summarising their rather brutish yet different personalities. Putin is cited as saying "if a fight is inevitable, you have to throw the first punch", whilst Trump’s line of “You’re fired” is used as his defining quote. With both leaders known for their strongman style of diplomacy, it will be interesting to see how they get along, or if they do at all.

Nevertheless, the Trump-Putin meeting is by no means the only source of concern at the Hamburg Summit. Turkish President Recep Tayyip Erdoğan’s participation in the summit following a referendum that further enhanced his own power provides an interesting addition to this gathering of strong leaders. Ever in the pursuit of more influence, Erdoğan may seek to use the summit to further Turkey’s reputation as an uncompromising actor on the international stage. Undoubtedly, this would make Chancellor Merkel’s role of managing what has come to be known as the “Axis of Testosterone” all the more difficult. That being said, having controversial leaders in the room could make the ties between supporters of the liberal world order, such as Macron, Trudeau and Merkel, even stronger.

However, Trump, Putin and Erdogan are not the only leaders that are under scrutiny at the summit. Macron is being tested as he attends his first G20 meeting, with observers taking a keen interest in how he is going to deal with other leaders and how tough a negotiator he will prove to be.

With one eye on Brexit negotiations, UK Prime Minister Theresa May will likely use the summit to show that she can come good on her promise to provide her country with “strong and stable” leadership. However, she may find this difficult amid the various power plays already at work, not to mention the tough position the EU will take.

Meanwhile, a new crisis is emerging in the Middle East. While the major powers continue to focus on the conflicts in Syria and Iraq, they ought to pay more attention to the developing geopolitical divide in region. Indeed, soon enough it may be that the Sunni/Shia conflict is superseded by the new power balance stemming from the rivalry between Iran, Qatar and Turkey on one side and the UAE, Saudi Arabia, Bahrain and Egypt on the other. In this particular instance, the Saudis may consider themselves to have an advantage over the others as a result of their participation in the G20, which they will likely use to garner support for themselves and their allies.

Heading further East, both China and Japan’s positions further complicate the summit’s internal dynamics. Spearheading China’s momentous rise, President Xi may use the summit to further enhance Beijing’s trustworthiness in maintaining the liberal world order. However, his regime’s previous references to developments such as ‘South-South cooperation’ and ‘Globalisation 2.0’ may mean that the order’s old guard find him difficult to trust. Facing a slump in domestic support, Japan’s Abe Shinzo will have a similar interest in enhancing his country’s reputation as a contributor to the international order, perhaps hoping that positive reviews will lead to a bounce in his personal support.

Therefore, at the 2017 G20 Summit, we are presented with a room full of different leaders with a range of visions for their own countries as well the world. Whatever the outcome of the summit, one hopes that the battle of the alphas does not lead to beggar thy neighbour diplomacy that ignores the collective good. That being said, it does seem that this year’s summit in particular will find consensus hard to come by.