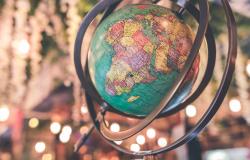 Roland Benedikter describes a new process animating global and domestic dynamics and sets out an agenda to realise its positive aspects.

We live in the era of peak globalization, de-internationalization and re-nationalization. The age of elite globalization seems to have come to a crossroads – mainly by the hands of rising inequality and populism. Economic nationalism, the advent of a new multipolar global order, the focus on new bilateralisms, weak cosmopolitanism and compatriot partiality are the buzzwords of the present transition phase. The crisis of international bodies is accompanied by the breakdown, stall or remaking of Western-driven international agreements, among them TTP, TTIP, the Paris Climate Agreement, INF treaty, and the deepest crisis of international organizations since their inception after WWII, such as the U.N., UNESCO, WHO, WTO, UNWTO, the Human Rights Council or the Olympic Committees. Some prominent agreements have been replaced such as – informally – TTP by RCEP in November 2020 and – formally – NAFTA by USMCA in July 2020, both heavily impacting the global economy but now featuring a less global and more regional character.

At the same time we see the rise of new powerful, extremely diverse transnational conglomerates such as the Shanghai Cooperation Organization and of increasingly critizised trans-national mega-projects of centennial aspirations such as the ‘New Silk Road’ built to Europe by China without previous formal agreement or Nord Stream 2 connecting Russia and Germany. These projects interconnect democracies and non-democracies in controversial ways. To some extent, re-globalization is the era of ‘penetrated democracies’ where in the context of a global crisis - and partial retreat - of democracy neo-authoritarian regimes and new ‘Ceasarean politics’ infiltrate open societies via cyberspace, misinformation, investment and infrastructure, using their systemic openness against themselves. Something similar is the case with regard to the new ‘demographic imperialism’, i.e. the use of large migration flows for the pressure and propaganda of neo-authoritarian systems as for example by Turkey against democracies such as Greece and the EU. Third, democratic elections and voting systems are under scrutiny in the framework of the rise of internal populisms. Overall, the systemic foundations of open societies are attacked or modified both from the inside (populism) and from the outside (the rise of authoritarian powers with unprecedented geostrategic ambitions, such as China in the South China Sea or its growing influence in Australia and Central Eastern Europe in the framework of the 16+1 China-CEEC format).

In the attempt to stabilize and secure themselves, open societies react with 1. a trend from democratic to republican traits, i.e. from a basis-participatory to a more representational system; 2. a trend of ‘state capturing’ by parties and political actors, which means to modify institutions in one’s favor after winning an election so to secure the win in the next one, thus putting party politics and interests above the national good; and 3. the return of the ‘strong man’ as a desire of many citizens now also in democracies, including the younger generations.

Re-globalization thus in good part consists of (and is driven by) a new battle between democracies and non-democracies about the principles and values that shape the global order, accompanied by cracks within that very order. Leading statesmen such as U.N. Secretary-General António Guterres describe re-globalization as the ‘most profound crisis of internationalism since 1945’ using apocalyptic symbolism such as the ‘four riders of the Apocalpyse’ in his 75-year anniversary speech for the UN in January 2020. Guterres’ ‘four riders’ are 1. high geostrategic tensions, 2. the existential climate change crisis; 3. profound and growing global mistrust; 4. the dark side of the digital world. Some also see the global Covid-19 crisis of 2019-20 as an ambivalent accelerator of re-globalization processes, since on the one hand it heightened the awareness about the systemic interrelatedness of the globe, but on the other hand gave birth to a trend to reduce interdependencies and to rethink social coherence rather in terms of national instead of international solidarity.

Despite the fact that some populist de-globalizers have recently been replaced by allegedly more moderate forces, such as U.S. President Donald Trump in November 2020, the transition phase of globalization is far from over in the view of most observers, since both re-globalization processes and the crisis of democracy are not dependent on single persons but present deeper-rooted systemic and structural causes of which populists and new ‘strong men’ are rather the expression than the origin.

What are the origins?

The origins of the re-globalization phase lie 1. in the rising instability brought about by the dynamics of both neoliberal (rightist) and ‘strong’-cosmopolitan (leftist) hyper-globalizations. Together, and often in unholy alliances between left and right which tried to use each other for their own purposes, they have defined the past three decades and are now countered by popular will that asks for more ‘glocal’ safe zones, as well as for borders and limits to globalization, i.e. for a better and more efficient stabilizing architecture. The origins of re-globalization lie 2. in the rising inequality, i.e. a socially unjust distribution of globalization’s benefits both among and within societies. Over the course of the neoliberal-cosmopolitan globalization 1990-2020, national amounts of wealth have been aligned but rifts within societies have deepened, with the rich getting richer, the poor staying poor, and the middle classes stagnating at best. The origins lie 3. in the growing mistrust against the interests of its guiding elites, their ideologies and institutions. Most Western populisms are the result of a rebellion against the political correctness of the globalization elites which are perceived as having let down the middle classes by establishing a socio-economic ‘neo-feudalism’ which uses the media to impose opinion supremacy.

As an effect, there is a conflict within most populations between those who want to continue globalization as we knew it (the winners) and those who want to delimit or reform it (the losers). This is illustrated perhaps most strikingly by the polarization of the U.S. society between the coastlines (considered the winners) and heartlands (considering themselves the losers). The new ambiguity of globalization has also been co-triggered and pushed forward by the advent and increasing dominance of three main political trends since the 2000s: 1. Tribal politics (i.e. political tribalism often enacted by the means or under the cover of identity politics), 2. Imaginal politics (i.e. constructing politics on the basis of imaginations which are often artificially created), and 3. Contextual politics (i.e. the rise of political ecosystems with a high degree of collectivist beliefs such as techno- and internet-cultures, including social media). Together and in their mutual amplification, these three trends have become similarly impactful as institutional and party politics and have thus partly changed the rules of the social game both in open (liberal) and closed (illiberal) societies.

Where does this transition point to?

Among other trajectories, the re-globalization phase seems to lead to a (partial) ‘re-definition of the West’ and the birth of a more multipolar global order which is in the making as we speak. It is not only about economic re-balancing, but also about power re-distribution. Phases of power re-distribution are historically often accompanied or even co-defined by conflicts or wars. Conflicts and wars can be of ideas, commodities, goods and services, but also diplomatic or military. Many today take place in the realm of technology wars (partially) carried out as trade wars, for example between the powers in the Pacific and to some extent in the Atlantic. Often originally non-related dimensions of conflict are in some way or another combined in the process. This is reinforced by globalized media narratives and social sciences analyses which play an increasingly crucial role of self-fulfilling prophecies. Differing interpretations of re-globalization are thus also about telling stories more efficiently than the competitor or ‘systemic rival’, such as the EU branded China in its EU-China strategic outlook of March 2019.

What about the trade wars?

Trade wars co-shape the re-globalization phase towards a new global architecture. Among them are the conflicts between the U.S. and China (Pacific), the U.S. and Europe (Atlantic), the U.S. and Iran (Middle East) and the Anglo-American West and Russia (Eastern Europe and partly the Balcans). These also touch upon debates within the West about how to re-define key global bodies such as the WTO and the IMF. Trade wars are indeed about the confrontation between systemic rivals: i.e. open versus closed capitalism mainly by means of a struggle for technological supremacy. In re-globalization times, trade wars are mostly defined as digital tech wars for strategic dominance. They are not only about business, leadership and wealth, but about the self-legitimation of political and social systems, including ideologies of surveillance and control versus liberation technology.

What about the increasingly dominant role of AI?

Artificial Intelligence is both a driver, catalyst and objective of re-globalization. It is at the center of the new proxy wars since it is the prerequisite for the long-term perspective of power re-distribution and geo-strategic supremacy. While technology was part of the global economic ratio until the early 2000s, this relation has shifted to an economy characterized, defined and identified by technological logics, considerations and hegemonic aspirations. Nowadays, technology is setting the pace of economic and social development, together with the swelling influence of demographic shifts. Among the examples of mostly AI-related techno-shifts and the resulting competition with regard to their use in re-globalization affairs are:

Where are the potentially positive aspects of re-globalization?

It consists in the 5R’s of re-globalization: refining, reframing, reforming, redefining, and revisioning globalization. Refining means to improve the mechanisms, including international laws, enacted to make globalization work for more people, and in more socially just ways. Reframing means to acknowledge that globalization cannot be simply a detached and self-declared ‘whole’, but that it is interrelated with regional and local needs and processes in the sense of ‘glocalization’. Reforming means to overhaul the core institutions of globalization, i.e. the international and global bodies, as well as their strategies, policies and politics to make them more efficient and balanced. Redefining means to ask for new concepts of how to understand globalization which go beyond the neoliberal, leftist or populist narratives, and transcend the boundaries of the idealism-realism dichotomy. In the years ahead, this may also include integrating aspects of ‘globalization’ with some sort of concept of ‘cosmologization’ given the potentially imminent expansion of humanity into the surrounding extra-terrestrial space. Finally, revisioning means to draft an integrative perspective for the further globalization process, which must include more viewpoints than in the past, including those of the poorest.

The debate about this fivefold correction and innovation model and its related practical policy and anticipation strategies has begun, but is still in the initial phases. The debate is still explorative, descriptive and heuristic and not normative, and so is the umbrella term ‘re-globalization’ itself. To advance the discussion, we can and must neither reduce the five R’s to each other, nor integrate them too rashly, nor leave any one of them out, since they are substantially interrelated and continuously interacting and evolving. Most important, they are all needed to properly adjust and better contextualize contemporary’s globalization crisis effects which may continue to vary starkly according to place and time.

Second, the perspective lies in the work upon an inter-civilizational theorization of re-globalization (which in essence may be a re-theorization of globalization) as a (in the ideal case) trans-systemic scientific process leading to the inclusion of broader social, economic and political strata under the new guiding ideas of multi-resilience and scale. This could also inspire a positive, albeit perhaps only partial re-calibration of global studies, globalism, and the sociology of globalization in more ‘multiversal’ ways.

Photo by Artem Beliaikin from Pexels