Has the WUF9 Gone Far Enough to Move on the ‘What’ to the ‘How’? 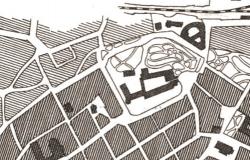 The World Urban Forum 9 promised to navigate us through implementation strategies for New Urban Agenda and a chance to share knowledge on the best way to put them into practice. However, after two days at the conference it becomes clear it’s a little less about the strong strategies and little more about the personal stories.
The World Urban Forum 9 marked the first time countries came together to establish the tools required for implementation of the New Urban Agenda. Reaching all the goals set out in the WUF9 will require resources, planning and cooperation yet how these will be achieved has been barely touched on in events so far. Delegates seeking evidence-based solutions to their implementation problems were not granted this. The absence of such an approach was seemingly replaced with reminiscent stories and sound bites.

The opening talks were impassioned speeches on the importance of the WUF9 from youth representatives, UN Ministers and the newly appointed Executive General of UN-Habitat Ms. Maimunah Mohd Sharif. However, converting the ‘what’ to the ‘how’, a slogan of the WUF9; was not mentioned.

In one particular event, there was a discussion on youth migrants and refugees in cities and the problems they face, often becoming part of the ‘urban poor’. The speaker is a volunteer on the Youth Council for the UN but drew little from this, favouring his own experience as a migrant from Tunisia. During the Q&A one activist challenged the speaker on what he was really offering and described the session as very “cringeworthy”. In response the speaker said he was just a volunteer of the UN without receiving any pay and these were his opinions and experiences. As a result, the session had not provided enough information about how young migrants and refugees could navigate urban areas and what actions need to be taken by what groups to ensure successful implementation.

On day two, a talk on the role of local government in implementing the New Urban Agenda was held. When implementation was discussed they used the five A’s – actors, association, awareness, alignment and activities. These buzzwords were useful to see how they are approaching implementation but they were barely expanded upon to discuss how this implementation will occur. One audience member, an employee of the organisation ‘Fed Up’ in South Africa called the presenters out on their methods of implementation. She commented that they were one of the actors that local government seek to engage with as they worked with people on the ground. However, they had yet to create a partnership with them and these ideas offered little without the action being taken to enforce them.

A pattern emerged across events that participants required concrete evidence-based examples which they did not receive. This was a predictable difficulty that UN -Habitat would face, trying to offer effective implementation strategies to a variety of countries with varying needs. The value of the New Urban Agenda is tarnished in this light, as a set of general goals to aim for without enough focus and assistance in putting it in to practice. To achieve the vast array of goals set out in the New Urban Agenda will require more than reflections on past projects and experiences and a strong broad approach which can be adapted to the needs of member countries.

There is the potential of being over critical as storytelling can arguably be a way of learning for some people and expectations may be higher than what is realistic. Nonetheless, the visions set out in the New Urban Agenda ‘Cities for all by 2030’ require well thought out implementation strategies that can be adapted for different context and this has not come to fruition as of yet.

Nusha Haghpanah @n_haghpanah is a MA Politics, Governance and Public Policy student. Her interests lie in refugee and migrant rights and opportunities as well as how national and local level governments collaborate to implement the New Urban Agenda. She will be exploring both of these topics and the challenges to overcome at the World Urban Forum 9.