Regulating the Robots: Canada’s Potential for Leading the Way with Responsible AI 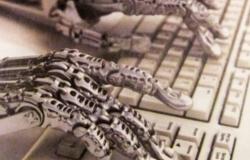 International Media Centre – G7 Charlevoix Summit. Across the globe, major countries – both within and outside of the G7 community – and companies are increasingly investing in Artificial Intelligence (AI), and this is having a considerable impact upon their economies and societies. While AI presents opportunities as well as challenges for governments, Canada – being one of the core G7 members investing in it – is aiming to be at the forefront of ensuring regulated and responsible AI.

In recent years, with the availability of larger quantities of data and with the development of more sophisticated algorithms, AI has become much more powerful and is now capable of making a plethora of tasks and functions more efficient and effective, ranging from supply-chain management, to customer service and recruitment. As AI makes companies’ operations far more productive, it also has the potential to boost economic growth. Investment in the sector is thus rapidly growing. In 2017 alone, firms worldwide spent around $21.8bn on mergers and acquisitions related to AI, about 26 times more than in 2016.

While AI provides an opportunity for economic growth, it is also creating entirely new ethical and regulatory challenges for both companies and governments. There are three core challenges worth thinking about.

One issue is the societal impact of AI displacing people from their jobs. It is already resulting in increasing automation across a variety of job sectors (including low and mid-level jobs), and this presents companies and governments with the task of relocating these workers, providing them with the skills and training to enter new jobs, and/or compensating them (possibly through a UBI).

Another problem concerns the security impact on privacy as AI spreads. It offers a mechanism for businesses to monitor consumers and employees, both online and in the physical world. However, there are obvious concerns here that AI could harm privacy. Law enforcement officials around the world are using it to spot criminals, but the same technology could also be used to snoop on ordinary citizens. China – with a record of surveillance and human-rights abuses – is already using AI to monitor political activity and suppress dissent. Governments will therefore need to create new rules to ensure consensus on what degree of monitoring is reasonable.

The third concern is that AI could contribute to the rise of monopolies, which could wipe out all other competition, and stifle innovation and consumer choice. Big firms that adopt AI early on – thereby capturing the ‘first mover’ benefits – may get even bigger and more powerful, particularly through buying tech start-ups, and smaller companies could find themselves left behind. Governments thus have a responsibility to regulate and avoid the creation of monopolies, or, when they do occur, to deploy assertively anti-trust rules to break them down. They could also give more control to the public through stricter data protection regulations – perhaps by establishing a similar framework to the EU’s new General Data Protection Regulation (GDPR).

Evidently there is a need for effective national regulation, and international collaboration on regulation of AI.

Currently Canada is one of the key G7 leaders investing in AI research and putting measures in place for governing it. The federal government’s 2017 budget included $125 million for a pan-Canadian Artificial Intelligence Strategy that will be administered by the Canadian Institute for Advanced Research. And a Quebec-based proposal for research on AI and supply chains won a share of the $950 million federal “superclusters fund” in February 2017.

Moreover, Canada is also at the forefront of considering the ethical and social responsibilities of new technologies, and therefore has the opportunity to set an example for the other G7 members.

It is one of the first countries to include public consultation around the responsible use of AI in government. In February this year, the Treasury Board Secretariat of Canada worked with the AI community by piloting an open online consultation on guidelines for guaranteeing transparency, accountability and fairness on the use of AI. Additionally, Global Affairs Canada is leading a multi-university collaboration on AI and human rights. Research has revolved around the cultural, social and political dimensions of media and technology, and also how AI can respect and even protect human well-being, autonomy, justice, privacy and knowledge.

In the next few years the Canadian government aims to continue to advance responsible AI development. While China and the US currently compete to become the world’s AI leader in technological terms, these countries both have strong economic and political reasons to vie for dominance in this area. As a developed, democratic country with a strong tradition of independence, Canada should be cautious not to engage in a race to the bottom with these countries whereby ethics and social responsibility could be compromised. Instead, the Canadian government should continue to collaborate with the AI community to ensure that new technologies operate within longstanding social institutions.

As a basic starting point, the government should ensure that AI research is compatible with the Canadian Charter of Rights and Freedoms. In addition, Canada must work with its G7 partners to focus particularly on measures that require international co-ordination, for example regulation of the giant tech companies like Facebook and Google. While there are some emerging endeavors among the G7 over governing AI – notably The Institute of Electrical and Electronics Engineers (IEEE) Global Initiative on Ethics of Autonomous and Intelligent Systems, President Macron’s proposal for an Intergovernmental Panel on Climate Change (IPCC) for AI, and the emergence of international think tanks such as The Future Society – these measures are fairly primitive and have not been applied consistently.

Overall, Canada has a unique opportunity to globally shape AI’s future in a way that advances economic as well as social benefits. The Canadian government should work with its G7 partners to create an effective, adaptable and transnational framework for the governance and regulation of AI.