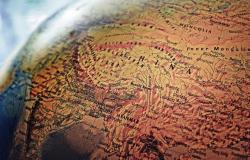 Bennett Freeman and Louisa Greve call on Biden to demonstrate to the world that the U.S. is prepared to be a leader on human rights again.

As a candidate in 2020, President Biden made “restoring America’s moral leadership” a central part of his appeal to American voters. Since taking office, he has stated that human rights are a guiding light for his administration’s approach to foreign policy. Holding China accountable for the ongoing genocide against Uyghurs and other Turkic Muslims commands rare bipartisan support in the Congress. But only the President can build on this consensus to make the Uyghur genocide a global priority.

Biden’s commitment to working with allies has already produced a breakthrough. In March, Canada, the U.K. and the European Union announced coordinated sanctions on Chinese officials for perpetrating  forced labor, mass internment and other human rights abuses. This was the first multilateral action taken to address the genocide.

The next big opportunity to galvanize the international community will be at the G7 Summit in June. According to Deputy National Security Advisor Daleep Singh, Biden plans to urge the G7 to “elevate our shared values as democracies,” specifically calling out “what’s going on in Xinjiang.” To re-establish the United States as a global leader on human rights, Biden should foucus atttention on the Uyghur genocide at the upcoming G7 Summit.

The G7 nations should support a UN Commission of Inquiry into human rights violations against the Uyghur people. A UN-backed independent investigation cannot wait for the Chinese government to grant “access.” A fast-tracked UN inquiry is needed to trigger a referral to the International Court of Justice for an advisory opinion on atrocity crimes. But the G7 countries, bound by shared values, should apply further coordinated sanctions. Canada and the UK have done so. Now Biden must secure action by France, Germany, Italy, and Japan.

Geopolitical pressure is only one piece of the puzzle. To compel a change in China’s behavior,  economic and financial leverage is critical. The Chinese campaign against the Uyghur people includes massive state-organized forced labor, the products of which continue to be exported and sold in global markets. The Trump administration recognized this reality; in July 2020, the U.S. Departments of State, Commerce, Treasury and Homeland Security issued an advisory warning businesses of high risk of  complicity in human rights abuses for those with Xinjiang sourcing in their supply chains. This advisory was a crucial first step, but as the atrocities continue, the Biden administration should seize the opportunity to build on it.

The U.S. Advisory should be updated to include new evidence of the solar industry’s widespread reliance on Xinjiang for its supply chain. The updated advisory should echo the concerns of Climate Envoy John Kerry, who told Congress that “solar panels, we believe, in some cases are being produced by forced labor.” The new advisory should also be accompanied by a White House statement making crystal clear the expectation of the U.S. Government that American companies and financial institutions must sever any and all connections to Uyghur forced labor — and its determination to block the  importation of any such goods using its full enforcement power.

American technology companies are enabling China’s surveillance operations that are used to silence millions of Uyghur victims and their families. Currently, the Advisory for U.S. companies notes that they “may face reputational risks and/or trigger U.S. law enforcement”; it should be updated to emphasize the serious risk of prosecution if American big tech does not sever ties with Chinese state surveillance, and actively work to ensure their technology is not enabling racial profiling in China.

But it’s still legal for shareholders to make profits from ownership of these complicit Chinese companies, some of which are publicly traded, including through “emerging markets” indexes. It is time for much more serious action: no U.S. persons should be permitted to hold the stocks and bonds of the Chinese companies that are under U.S. human rights sanctions.

In Congress, Biden should support immediate passage of the Uyghur Forced Labor Prevention Act, a bipartisan bill languishing without a vote since March 2020. The President is now more than five months late with a report on perpetrators of the Uyghur atrocities, mandated under the Uyghur Human Rights Policy Act of 2020. The perpetrators list will trigger Magnitsky visa bans and financial sanctions on all those responsible, but only 10 officials and entities have been sanctioned to date.

House Speaker Nancy Pelosi praised the March multi-country sanctions, and pledged Congressional action on three pending bills to address American corporate complicity and rescue Uyghur refugees. Now is the  time for President Biden to up the ante and demonstrate to the world that the U.S. is prepared to be a leader on human rights again.

Sex Trafficking and Hotels: Why there is a Need for Effective Corporate Social Responsibility