India’s Stake in the Debate on Global Internet Governance 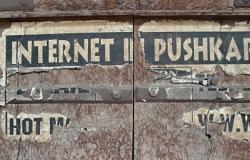 Where does India stand on current developments in internet governance? Rohan Wadhwa argues that the country needs to take the lead in shaping the debate in order to fulfill its growing ambitions.

The internet governance landscape has changed dramatically in just the last few years, and this development shows no sign of stopping. India, a country boasting steady growth and global ambitions, is critical to the future development of the internet not only within its borders, but also across the continent. And yet, India has largely kept to the sidelines at forums on internet governance, while countries like China, Russia and Brazil have been vocal about how the internet should be run. To safeguard the future of the internet and to ensure that Indian interests are brought to the table, India must participate actively in global discussions and lay a roadmap that aligns with the country’s democratic values.

The Indian digital economy features 300 million internet users and 976 million mobiles users – and the numbers are still growing. These millions of users are deeply impacted by the very issues discussed in global forums on internet governance – for example, the assignment and management of IP addresses as well as the emergence of new top-level domains like .club and .news and of internationalized domain names like .भारत. Particularly as the government pushes its highly ambitious “Digital India” initiative, which aims to turn India into a leading digital country, India must position itself at the center of the internet governance debate.

Now is a critical moment for India to join the global discussion. The Internet Corporation for Assigned Names and Numbers (ICANN), which essentially acts as the internet’s phone book, is actively seeking to globalize. Meanwhile, its subsidiary entity, the Internet Assigned Numbers Authority (IANA), which is responsible for the allocation of critical internet resources, will move on from the United States’ control to the broader internet community within the next couple of years. If India does not step up and contribute to these transitions, the shaping of future policies will be dominated by a small group of more-vocal countries. China and Russia, for example, have expressed extreme opinions – on issues like internet censorship and privacy – that could influence the internet’s future in Asia to the detriment of basic principles on which the internet was founded.
India’s representation at internet governance meetings has been uneven. For example, India usually sends technical representatives, rather than diplomats, to ICANN meetings; the policy arm of the Indian government needs to be more involved in such forums. In addition, different Indian ministries have represented the nation at these meetings, leading to contradicting stances. In the past, the Ministry of External Affairs and the Department of Telecommunications have expressed support for an intergovernmental and multilateral model, whereas the Department of Electronics and Information Technology has backed the multistakeholder model.

India must establish a clear stance on multistakeholderism and multilateralism to effectively contribute to the debate on global internet governance. This became all the more apparent in June, at the periodic ICANN meeting in Buenos Aires, where Ravi Shankar Prasad from the Ministry of Communications and Information Technology declared support for the multistakeholder model in presenting India’s position on internet governance. This came as a surprise, for the government had recently introduced regulations with regard to network neutrality, censorship and encryption that violate the basic principles of multistakholderism and of an open internet. Consistent policies are necessary if India wants to make any real progress: it should not advocate a particular model before properly consulting the different ministries and crafting a unified stance that will not only make its goals achievable but also lend weight to India’s contributions at global forums.

Moreover, India has been severely underrepresented at internet governance meetings. In 2014, the NETmundial initiative – a platform that seeks to continue the discussion about multistakeholder principles established at the NETmundial meeting earlier that year – sought nominations from different stakeholders across the globe for representatives to its coordination council. Nobody from India was nominated, nor did anyone nominate him- or herself for the council; as a result, the council features not a single Indian representative. The “Asia & Oceania” bloc is represented by, among others, two members from China – a country with an equally strong stake in global internet governance. India’s absence in the coordination council is a huge missed opportunity.

India can take inspiration from Brazil, another emerging market and developing country that once struggled, like India, to create a coherent domestic stance and a strategy for internet governance. In light of the Snowden revelations, Brazil dedicated itself, with President Dilma Rousseff at the helm, to becoming a leader in internet governance by initiating and co-hosting the 2014 NETmundial conference. At the conference, Brazil unveiled a new national law called Marco Civil da Internet, or the Brazilian Civil Rights Framework for the Internet, which was drafted with the help of civil society and the private sector. Based on multistakeholder principles, the law ensures an open internet for everyone, establishes the right to free expression, protects privacy and bolsters a network-neutral internet, making it easier for businesses to innovate and for users to enjoy internet freedom. While creating Marco Civil, Brazil was not influenced by its partnerships and alliances with other nations, thereby keeping national interests its top priority. India has the opportunity to follow in Brazil’s footsteps by empowering its growing digital economy.

There are several lessons for India. To begin, there needs to be a domestic debate on internet policy issues involving all stakeholders. In a step in the right direction, India’s Department of Electronics and Information Technology is currently unrolling the Indian Internet Governance Forum (IIGF), a national forum that seeks to encourage participation from domestic stakeholders and to foster much-needed domestic and international debate on internet governance.

If effective policy change is the goal, however, India needs to build strong ties between discussion forums and legislative and executive processes. There must be better cooperation between the various Indian ministries to resolve differences and establish a unified Indian stance. To succeed, reforms will need support from top-level leadership.

The upcoming annual Internet Governance Forum, to be held in Brazil in November, might be too soon for India to make any substantial contributions. Internet governance is an ever-evolving discussion, and fortunately, there will be more than enough meetings and forums at which India can push a concrete agenda. But the window of opportunity to take a leading role in the debate is shrinking with each day that passes.

Rohan Wadwa is a researcher with the Global Public Policy Institute (GPPi) in Berlin.