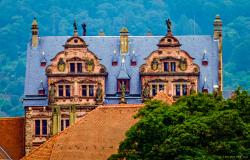 Cara Stauß, a representative of the German state of Baden-Württemberg to the European Union, explores the role regions and cities can play addressing global challenges.

1. When it comes to dealing with problems, do you think regional and local entities know better than supra-regional organizations such as the EU?

Nation-states are no longer the only players that deal with some of the biggest challenges of the 21st Century: world affairs, diplomacy and trade are no longer solely the domain of nation-states. Cities are growing exponentially and boasting a greater GDP output than some countries: their influence and power can no longer be ignored. Issues such as security, mass migration, climate change, or infectious disease require cooperation at different levels of governance. Subnational governments and cities are starting to play a bigger role in the international arena, not least because two thirds of people in this world will live in cities by 2050.

Obviously, cities and regions are directly affected by these challenges and have to address them according to their specific needs. Regions and cities have the responsibility to react and changes can be made adequately where the problems exist and where the entities are entitled to do so. Regional and city governments often have closer relationships with their residents, institutions and businesses than national governments. This allows new policies to be implemented more decisively and quickly.

That being said, cooperation at different levels of governance is pivotal. For example, a coherent EU legislation on air quality is essential. Cities and subnational governments should have the right but also the obligation to decide on further measures for their territory, for example through a specific ban on the most polluting cars from the city center. To improve urban air quality, Oslo and Stuttgart will bring in these measures by 2019, as will London, Chengdu and Madrid by 2020. Additionally, investments in zero-emission cars, electric public transport or free public transport could be direct and effective measures that can be taken faster at regional and local level. But this must be in alignment with and supported by legislation at the national and EU level.

2. Rapid urbanization has brought enormous challenges including population concentration in cities, energy and resource competition, pollution, and climate change. What impact do cities and city networks have in finding solutions to global challenges like these?

Cities occupy only two percent of the world’s landmass. However, they consume over two-thirds of the world’s energy and account for more than 70 percent of global carbon dioxide emissions. Furthermore, 90 percent of the world’s urban areas are situated on coastlines. This means that cities and regions are on the frontlines of global climate change and are at high risk from the possible devastating impacts of climate change, such as powerful coastal storms or rising sea levels. Cities feel the responsibility and have the opportunity to be integral in finding solutions to global challenges, especially climate change. They can use networks such as C40, ILCEI, UCLG and the Climate Alliance in driving global action to address climate change. Furthermore, they can set their own agendas to achieve the appointed goals and, through the exchange of best practices, they can learn from each other or even provide proven models that national and subnational governments as well as other cities can adopt.

With President Trump’s rejection of the Paris Climate Agreement in 2017, new coalitions of cities, states and businesses have emerged in defiance of his decision to uphold the commitments to the goals enshrined in the Agreement. This shows that cities and regions are ready to take action when national responses fail. One example is the Under2 Coalition, the world’s largest climate-protection coalition with more than 220 regions and cities on all continents, which was launched in 2015 by Baden-Württemberg – Germany’s third-largest federal state – and California to tackle and promote climate protection worldwide. This Coalition represents over 1.3 billion people and 43 percent of the global economy. These regions and cities are committed to keeping global temperature increases to under 2°C. One goal is to support governments to develop robust medium and long-term emissions reduction plans which are in line with the goals of the Paris Climate Agreement. Just recently, in mid-September 2018 at the Global Climate Summit in San Francisco, California and Baden-Württemberg strengthened ties by forming a sister-state relationship. Cities and city networks can have an impact in finding solutions to climate change. They do not only think global and act local. They also think local and act global.

3. What do you think can be done to increase the voice of cities in global climate change mitigation?

Where nation-states are by nature competitive, independent and defined by rigid borders, cities tend to be co-operative, open and instinctively interdependent. This role should be better acknowledged. Cities and regional governments would need greater autonomy as well as financial and human resources to play a larger role in global governance. However, for an effective intercity collaboration and exchange of best practices on the international level, it is pivotal that mayors and municipal employees take part in specific training programs in communication, leadership, city diplomacy, foreign languages and in constructing inclusive cities, amongst other things. This would improve sub-national leaders’ ability to act on the global level.

Specifically, cities and regions could receive the right to have a say on environmental and climate legislation. One proposal is that the European Committee of Regions receives the right of co-legislation in this policy field and is one decisive actor alongside the European Parliament and the Council of the European Union. Furthermore, a global infrastructure for mayors and subnational governors could be developed and institutionally embedded in existing UN structures. The Global Parliament of Mayors could be enlarged and function as a general platform which is involved in finding solutions for climate change mitigation and which can veto decisions that run contrary to the urban imperative. Ideally, sub-national governance should be intertwined with national strategies where possible. Nevertheless, it should also be clear that more participation and a shared responsibility also means more obligation and action.

4. You are civil servant in the representation of the German federal state of Baden-Württemberg to the European Union in Brussels. What role do regions and cities play in EU governance structures and political processes?

European regions and cities play different roles in the EU political process. First of all, regions and cities are represented in the European Committee of Regions (CoR), an advisory body to the EU institutions. This committee intervenes at several stages of the EU law-making process: commissions within it draft opinions on EU legislative proposals which the committee members then vote to adopt or otherwise when they gather together a few times each year. Although this has many positive effects and although it is important that regions and cities are involved in the EU political process, the CoR plays only an advisory role and is therefore not very powerful.

Secondly, some cities and regions are represented through smaller or bigger organizations, for example the German Association of Towns and Municipalities or EUROCITIES, a network of major European cities. They can influence EU legislation directly through their own lobbying on specific issues.

Thirdly, almost every region in the EU and some bigger cities or metropolitan areas are represented by their own office in Brussels. The representations of federal German states to the EU are a special case: German federal states are directly involved in the national political process through the Bundesrat (German Federal Council), alongside the Bundestag (the national Parliament). Furthermore, they can also address representatives from the EU institutions directly. German federal states therefore can have both a direct and an indirect influence on EU-legislation.

Cara Stauß is a Civil Servant in the Representation of the German Federal State of Baden-Württemberg to the European Union in Brussels. She is Global Governance Futures 2030 fellow. The views expressed here are her own.