Political Market Theory and the Crisis of Public Authority 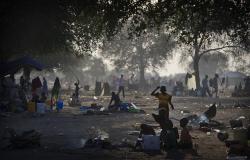 The political marketplace model provides an important corrective to the dominant liberal narrative of how weak and failed states operate. It identifies the real incentives and constraints that shape political struggles in conflicted societies, and why these conflicts cannot simply be eliminated by new elections. But what are the model’s limitations? LSE’s Professor Teddy Brett suggests how it can be taken forward.

The crisis of political authority in conflicted states

The past 20 years have witnessed an intensification of anomic and politically organised violence in weak and conflicted states. This is despite these states’ formal transitions to liberal democracy, which have failed to stop oppressive local and international elites from using arms, money or ethnic or sectarian identities to capture elections and retain power. The need for democratic reforms remains, but these failures demonstrate that they can no longer be treated as a technical exercise.

These failures are the result of tensions generated in societies dominated by antagonistic conflict between groups motivated by illiberal belief systems and entrenched dependency relationships, which still dominate transitional societies. Alex de Waal’s ‘political marketplace model’ has made an influential contribution to the growing literature addressing this issue. But are there limitations and how should the model be taken forward?

De Waal shows that democratic reforms have not produced well-regulated political competition based on individual choice, but ‘competitive monetized politics’ and ‘a deregulated and potentially violent political marketplace’ in the weakest states. These phenomena ‘compete with and may displace or reverse processes of state-building and institutional development’ and intensify conflict and breakdown rather than inclusion and stability.

According to the model, such systems depend on transactional exchanges that are not subordinated to law and institutions but, instead, depend on the exchange of political loyalty or cooperation for payment, and are dominated by inter-personal political bargaining and pervasive rent-seeking that is integrated into a global patronage order. Politicians do not survive by promoting policy agendas or ideologies – they survive by mobilising political budgets and business plans in a political marketplace where they operate just like corporate managers in commercial markets.

This model does not fit strong autocracies or mature democracies. It does, however, identify processes that enable weak regimes that cannot maintain a monopoly of force, or raise the taxes needed for a strong state, to maintain political order and survive. Here ‘transactional monetised politics’ – usually threated as corruption – is not an aberration that can be eliminated. It is rather a functional necessity for system maintenance. Hence external attempts to criminalise these transactions are likely to intensify disorder. But allowing the system to continue unchecked also undermines democratic accountability, encourages economic predation and intensifies political and cultural antagonisms.

This model therefore provides us with an important corrective to the dominant liberal narrative. It identifies many of the real incentives and constraints that shape the political struggles and outcomes in conflicted societies, and shows that their intractable conflicts cannot simply be eliminated by new elections – either captured by entrenched elites, or anti-corruption programmes that destroy the rents that enable regimes to buy support and compliance. It therefore helps us to model stakeholder behaviour far more effectively than approaches that focus exclusively on the ideological and cultural variables that dominate the ‘hybrid governance’ literature.

The limits of political market theory

De Waal’s model tells us how rulers create public order by buying political support from influential socio-economic elites in exchange for protection, contracts and services. It also explains how these processes do not produce long-term stability. Instead they create adversarial competition and temporary bargains that constantly undermine and reconstitute these systems in complex ways. De Waal recognises that they are driven by forms of public mutuality and moral populism that depend on collective values and loyalties as well as money.

The political marketplace model, however, fails to incorporate the dynamic processes engendered by the constant interaction between these systems into his model.

This is a critical omission. Political theorists have always recognised that revolutionary political change has always been shaped by struggles between dominant and excluded elites and subordinate classes. Attempting to capture, influence or evade political power, each group strives to maximise their collective economic, ethical and ideological goals. Outcomes depend on their ability to finance their activities, but they also depend on the activities of supporters willing to sacrifice their own interests, even their lives, to promote their cause. These movements intensify conflict and breakdowns when they are motivated by a ‘moral populism’ based on illiberal and exclusivistic ideologies, like ISIL in Syria, but can also produce progressive transformations when they are motivated by progressive agendas and public mutuality or civicness like the National Resistance Movement in Uganda.

De Waal’s transactional model also fails to identify the key features that distinguish competition in political markets. Regimes working inside such markets are said to be entitled to back their decisions by force, and there are economic markets where individual consumers interact with multiple producers who should not be able to control what they do.

These correctives recognise the significance of monetised transactions. They also oblige us to broaden the model by including the nature of the processes that enable:

1. rulers to use state power to create and enforce the rules that govern political and economic market transactions and appropriate the material and ethical resources they need to retain power;

2. excluded elites (including donors) and subordinate classes to replace them or influence what they do;

States operate as hierarchies as well as markets because they make the rules that govern market transactions and impose collective decisions on their societies. Their ability to do so varies in different kinds of states. This determines the terms on which regimes can assert their authority, and influence the ability of different social interests to compete for resources by regulating entry, integrating regions, influencing bargains and sustaining networks and circuits of information, as De Waal says.

Comparing rulers to corporate managers who cannot control their environments therefore ignores the ability of even weak regimes to mobilise international support, suppress competitors and encourage or repress the activities of social and economic movements in wider society. Their ability to do this is far weaker in conflict states than strong democracies or autocracies, so ‘inter-personal political bargaining, and pervasive rent-seeking’ do play a far more prominent role. Importantly, however, their sovereign rights still gives them a key role in sustaining or disrupting existing market structures and turns them into the primary focus for political transactions of all kinds.

Hence the model should identify the resources that enable regimes to appropriate resources, impose solutions and influence the terms on which the political market operates. These include access to external support; mobilising violence; collecting taxes; controlling property rights; distributing services; encouraging or suppressing parties, interest groups, cultural movement and the media.

Governments can never satisfy everyone’s demands so they have to negotiate deals with allied groups and try to marginalise opponents. Cash payments oil the wheels, but they must also deliver services that satisfy investors and donors, and use ethnic, sectarian, class and regional identities to create the political and social movements they need to win and retain power.

Their authority is also constantly challenged by excluded elites and subordinate classes who create opposition parties, social movements and interest groups that compete for power or political influence. Their leaders may be motivated by monetary rewards, but they disappear unless they satisfy the collective interests, ethical values and practical concerns of their members or supporters.

These competitive processes play out in diverse, context specific ways in different societies, depending on their historical legacies, social and human capital and economic endowments. Scarcity, inequality, and historical legacies of conflict and exploitation have encouraged movements based on immoral populism in modern states; but improvements in human capital and progressive NGOs and CBOs and organisations representing professionals, business and workers have also produced progressive in formerly failed states.

Weak states cannot enforce the law or provide services in marginalised rural and urban areas, so communities use local institutions that depend on their inherited cultural dispositions and practices to do so. They include informal economies, neo-traditional political and juridical institutions and solidaristic civic organisations like religions, ethnic associations, households, kinship networks and clans. They interact with formal ‘modern’ institutions in complex ways to create ‘hybrid’ social systems, and assume many different forms and levels of cooperation or contestation.

Their activities protect them from exploitation, create public authority and provide essential services, although they can also undermine liberal institutions and encourage regressive practices. They engage in what James Scott calls ‘a disguised low-profile resistance that constitutes the domain of infrapolitics’, and coexist with and inter-penetrate and ‘informalize’ formal institutions. Their day-to-day interactions with formal elites are also dominated by monetised transactions, but their effectiveness and integrity is sustained by their collective commitment to the cultural values, knowledge systems and practices inherited from their pasts.

While recognising the key role of monetised transactions in conflicted states enables us to transcend the limits of neoliberal theory, it obscures the role of both ‘illiberal‘ and liberal values, ideologies and practices in shaping political change in these societies. Incorporating them into our analysis will not only provide more comprehensive explanations for violence and breakdowns, but it will also strengthen the ability of progressive social movements and local communities to create public authority and social order.

This first appeared on LSE@Africa.