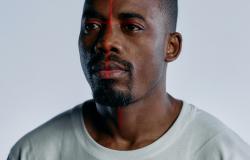 The United Nations' "International Human Rights Day" serves as a reminder of the rights that every human being should have from birth. In reality, the day underscores the world community's enduring failure to ensure citizenship as a basic human right.

After nearly thirty years as a stateless person, Lebanese-born Maha Momo, a child of Syrian refugees, finally found a home in 2018: today she is a proud Brazilian. As an activist against statelessness, the young woman recounts what it means to have no answer to the question: What is your nationality? Many schools rejected her as a child, and she was denied medical studies and a career as a talented basketball player in Lebanon. Even small things were challenging, like buying a SIM card or applying for a library card. Every day, she was afraid of being asked for her ID which could lead to her being arrested.

The disadvantages of statelessness are felt particularly strongly during crises such as the current COVID-19 pandemic. Vaccinations, treatment, and access to state benefits are often only available to those who can produce identification documents and social security numbers.

Statistics fail to reflect the true number of stateless people

Having a nationality means more than just being able to vote, own property, or travel. In many places, it means the right to education, freedom to work, and access to health and social security systems. Because basic rights are denied to many stateless persons, national affiliation often makes the difference between life and death.

The right to citizenship is enshrined in Article 15 of the Universal Declaration of Human Rights. A treaty prohibiting statelessness has never been adopted by the United Nations, instead there is only a convention to reduce statelessness. This August marked the 60th anniversary of that convention. The UN Refugee Agency's statistics officially list 3.9 million stateless people worldwide, but experts estimate the actual number stands at more than 10 million, not least because many countries do not even count stateless people.

There are many causes of statelessness besides displacement. In 25 countries, citizenship is still passed down exclusively through the paternal line. Among them are many Arab countries, which is why Maha Momo would have been a stateless child even if her Syrian father had married a Lebanese woman. Due to international pressure, some countries are now making efforts to reform this discrimination against women in their citizenship laws. According to the 2020 Bertelsmann Transformation Index (BTI) report on Lebanon:"On March 21, 2018, the minister of foreign affairs announced the possibility of revising the citizenship law to correct its obvious gender-discrimination, but the proposal has thus far failed to materialize, and is supposed to exclude Palestinians and Syrians from the possibility of acquiring citizenship."

Often, ethnic or religious reasons, or a combination of both, are key to denying citizenship, as with the Rohingya in Myanmar, the Roma displaced by the wars following the breakup of Yugoslavia, the many ethnic groups in Thailand, the Syrian Kurds, or the Russian-speaking minorities in Estonia and Latvia, who were denied citizenship in the wake of the former Soviet countries' independence.

In Latvia, despite efforts to facilitate naturalization, almost 230,000 of the 2 million inhabitants remain stateless, according to the BTI country report. At least the Latvian parliament, like the Estonian parliament before it, passed a law under which, means that since 2020 any children born in Latvia to so-called non-citizens will automatically receive Latvian citizenship from birth.

Expatriation as a political tool

While many countries seek to reduce the number of their stateless residents in response to UN pressure, India's Hindu nationalist government passed a new citizenship law in December 2019 that, for the first time in India's history, sets religious affiliation as a criteria for naturalization - and excludes Muslims in the process. In doing so, the government raised fears that, in the wake of a review for a nationwide citizenship registry, millions of Indian Muslims, many of whom have lived in the country for generations but have neither birth certificates nor papers to prove it, could be stripped of citizenship rights and thus disenfranchised.

The Indian example shows how citizenship law is used in pursuit of political and ideological goals, in this case, to restore the "unity and greatness of India as a Hindu nation." Parties promise naturalization to certain segments of the population in order to secure political support. Governments make naturalization impossible to weaken opposition movements. Revoking citizenship is a tool used to suppress opposition in parliament and political dissent. Expatriations for political motives have occurred in the past decade in Kuwait, Bahrain and, most recently, Egypt. Last summer, Belarusian President Alexander Lukashenko also added a procedure for expatriating "extremists" to the citizenship law by decree, yet another means of exerting pressure to silence political opposition.

In 2014, the United Nations Refugee Agency unveiled a global action plan to end statelessness within a ten-year period. With just three years to go before that deadline, the international community is far from reaching that goal. Nevertheless, the campaign has already boosted public awareness of the problems faced by the often marginalized stateless, and small steps have been taken in many countries to facilitate naturalization. Some countries have committed to further progress in the coming years; for example, member states of the Economic Community of West Africa plan to resolve the problem of statelessness by 2024. Despite such positive developments, the United Nations must continue to do all it can to protect stateless people worldwide from ongoing discrimination and denial of their basic rights.

Karola Klatt is a science journalist and editor of SGI News and the Bertelsmann Stiftung's BTI blog.

Early View Article - Causality and the fate of climate litigation: The role of the social superstructure narrative